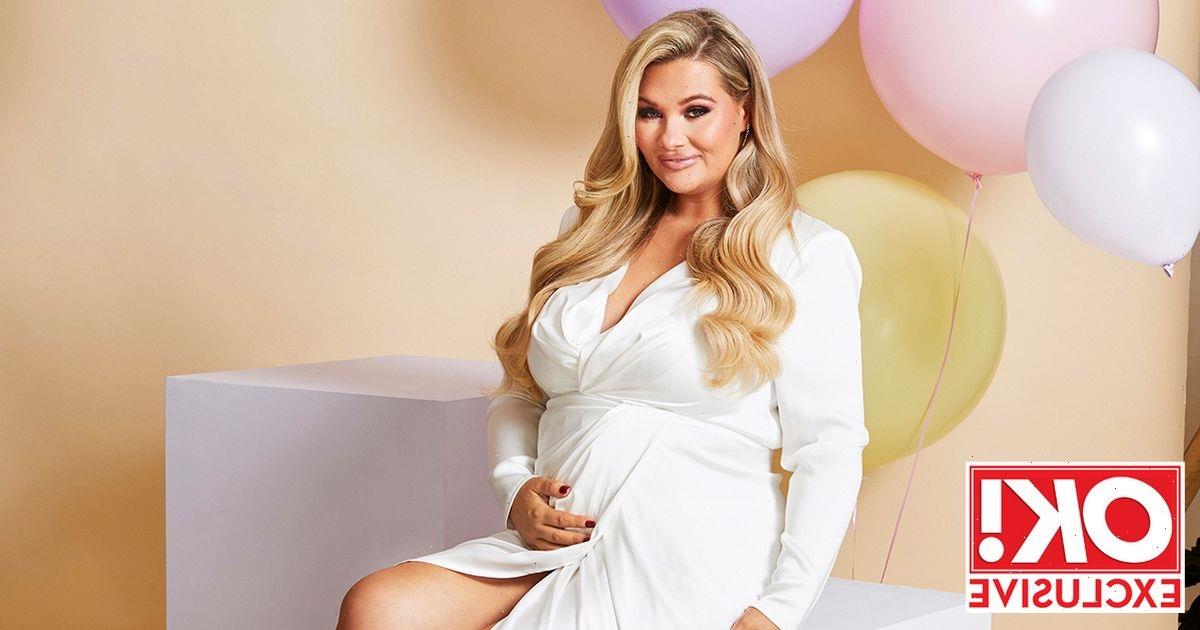 Love Island fan-favourite Shaughna Phillips announced her pregnancy with her first child with partner Billy in October, sharing her excitement at embarking on the adventure of parenthood.

The 28 year old had come off the pill over the summer and fell pregnant just two months later, describing the moment she saw the positive test as an "out-of-body experience".

Since then, she's been dishing out all the brutal realities of being a soon-to-be-mother, talking about everything from her baby being in breech to her predictions on her unborn child's gender.

This week, Shaughna opens up on losing her love of the festive period following her dad's tragic death six years ago and how she hopes her baby will bring back some of the Christmas magic she lost.

Last week I woke up at three o'clock in the morning and did quite a bit of my Christmas shopping. My bank was contacting me to ask if each purchase was actually me! We're going to spend the big day at a restaurant for a meal for the first time. We normally have it at a family member's house. My mind isn't really on Christmas though, to be honest.

My dad passed away 10 days before Christmas six years ago. Since then, it's just not been as great. He loved the festive period and was kind of the Christmas spirit for us.

When I was young, I'd always have a list – saying this is what I wanted. But since he died, none of that really matters. His death really put an emphasis on who you're with during the holidays rather than what you get.

I'm hoping the baby will bring some Christmas magic back. No pressure or anything!

If I had to describe the last week in one word it would be heartburn. I have BUPA healthcare and arranged an online appointment with a doctor, who told me to try everything else I possibly can before taking strong tablets for it. But I can't take Gaviscon or the chewable gummies, because they make me gag.

I don't generally like taking tablets for anything – headaches, heartburn or otherwise. But this is every day and it can be quite intense. The tablets are a last resort though as the doctors said there's no conclusive studies into how it impacts the baby.

It's put me off food, I'm not really eating. I had heartburn this morning without having had breakfast, to give you an idea. I'd never had heartburn before, but it's horrible. I feel a bit like a dragon, if I open my mouth, I breathe fire.

I have discovered an unlikely hack to help me with the heartburn though – they're the Smints mints. I was told they wouldn't help, but they have!

Billy's mum and sister are both convinced I'm going to have a baby girl because of the way my bump sits, which is quite high, and the shape of my face. I've seen loads of things online saying that where your bump is doesn't actually matter. I think it's an old wives tale, that if you have a low bump it's a boy. Having said that, I do remember my mum having a low bump with my brother. But she doesn't remember what kind of bump she had with me unfortunately.

My boyfriend's mum and sister both said to me that they're going to buy a pink baby grow because they're that sure about it. I, on the other hand, change my mind every day. I'm happy with either at this point. It will be interesting to actually find out what I am having and if any of these old wives tales do come into fruition. Lip filler and Botox after pregnancy

I'm quite plump now in my pregnancy. I've noticed now when I look in the mirror that I look like I've had lip filler done, which is great because I miss it. I haven't had anything since my pregnancy obviously, but it used to be a great compliment to me when people thought I'd had something done. I remember when I came out of Love Island, people thought I'd had all this work and I was always like, 'Do you understand how much of a compliment you're giving me right now?'

I'll definitely get lip filler after giving birth – I'd have it done in the delivery room! My friend has her own clinic and every time she posts something new, I have to look away. I got it all done before I found out about my pregnancy, but I wish I'd had a top up right before.

I think Botox will be the first thing I get though. It's a necessity at this point, not a luxury. If I can see movement, it's not good. I've been getting very little bursts of Botox since I was 25. People say it's better to get it as a preventative measure rather than when you actually need it in the future. But now I realise I've been getting it because I need it!

The appointment said the scan would be about 10 minutes long, but we were in there for 45 minutes – that includes a 20 minute walk around the block. The baby had its hand in front of their face. So I did the walk, came back, and this time the baby was back to front. It turned, but the wrong way. After a few jiggles and a whole bottle of Lucozade, we finally got it.

The man who was doing the scan did not want to give up. The baby gave us the middle finger, too, which was hilarious. I was really happy with the outcome though.

My mum and Billy came to see it with me and it was incredible – just like seeing the real life baby. There was a section outside where they had previous scans from other people, which they compared to the baby as a newborn and they're the spitting image. Hopefully, we kind of know what our baby looks like. My mum and Billy think it looks the spitting image of Billy, so do I. When the baby went face on, I feel like the baby has my nose. There's a little bit of me in there, thank god!

I'm going to start doing some research into getting placenta capsules done for after I give birth. I'm not necessarily worried about the physical side of my recovery, but the mental health side. It's meant to be really good at rebalancing your hormones, giving back the nutrients you've lost. I want to do as much as possible to help myself on the mental side. Celebrities also boast about them, like Rochelle Humes.

You can't underestimate how traumatic childbirth is. I think the capsules could help me from the inside out. On the side of mental health, you just don't know how you're going to recover. It's a huge change. If I can put things in place now that will help with that, I'm all for it.