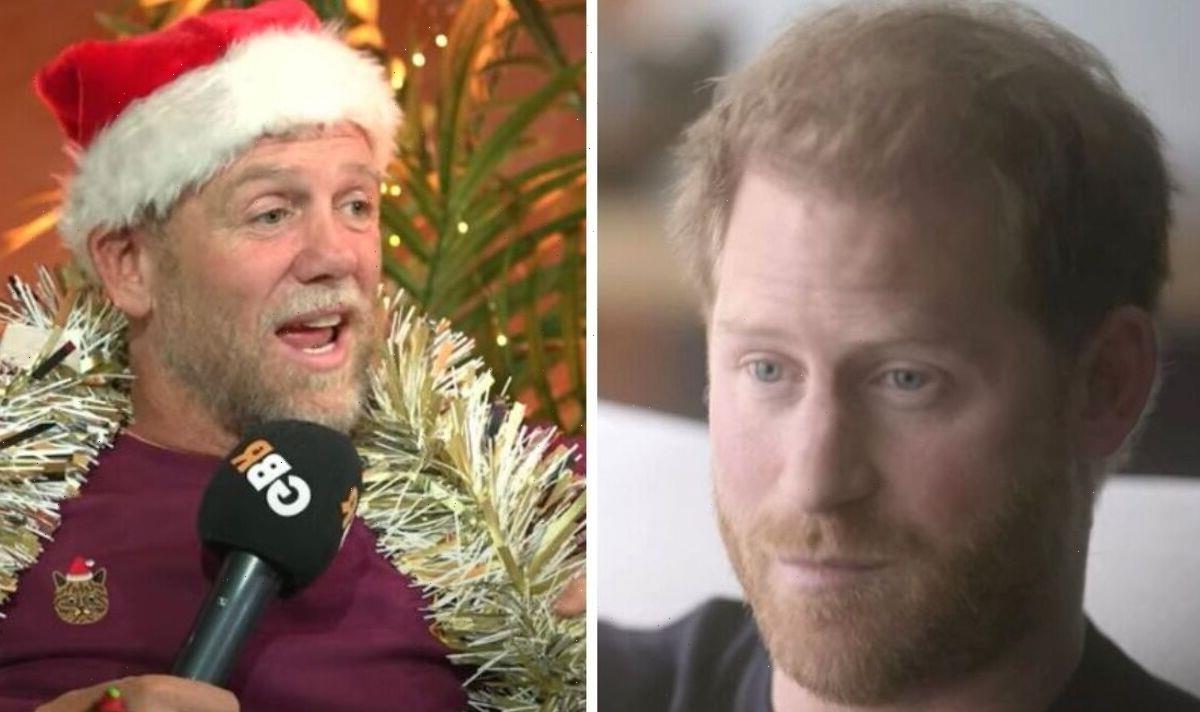 However, he was directly asked about the Duke and Duchess of Sussex in light of their tell-all Netflix series, Harry & Meghan. The former rugby star continued to avoid answering the questions on everyone’s lips as he talked about how the Royal Family would be spending Christmas in the latest episodes of his podcast, The Good, The Bad & The Rugby.

Harry and Meghan’s revealing series saw the couple making further accusations about the Royal Family and their time in the UK before they made the controversial decision to step away.

Among the claims made, Harry recalled being “screamed at” by Prince William as he tried to engage in a conversation about stepping away from his royal duties.

Talking in his YouTube series, Mike, 44, mentioned how Christmas would be “different”.

The comment came as he reflected on this year marking the first one without the late Queen Elizabeth II.

His co-hosts James Haskell and Alex Payne tried to get their pal to comment on the Meghan and Harry series, but it was clear Mike wasn’t falling into their trap.

James brought up the subject and asked if the royals would be playing “pin the tail on Prince Harry” as part of their festivities this year.

Ignoring the question, Mike didn’t allow his face to slip as he replied.

Instead, he said in response he hadn’t missed his co-hosts’ questioning while he was in Australia filming I’m A Celebrity.

The Christmas special instalment saw Mike dressed in a Father Christmas hat and draped in tinsel.

Alex asked if Christmas 2022 would be “different” for the family after the death of the late monarch, and Mike confirmed it “probably” would be.

He added: “I don’t really know, I’m quite looking forward to it. Obviously, there’s a lot of change, there’s lots of firsts.”

Queen Elizabeth died in September at the age of 96 after serving 70 years on the throne.

The probe about the Sussexes comes shortly after the second half of the highly-anticipated series became available to watch earlier this month.

The Duke and Duchess talked candidly about Prince William’s furious response to their plan to leave the Royal Family.

The two also sparked outrage in the series as they discussed how their Nottingham Cottage dwellings had been “too small” for them.

The couple had been gifted the cottage located close to Kensington Palace, where other members of the family resided.

Meghan described their former home as “small” as she remarked: “It sounds very regal but Nottingham Cottage was so small.”

“Kensington Palace sounds very regal of course, it does say palace in the name. But Nottingham Cottage was small.”

Meghan detailed how her husband used to bang his head on the ceilings while moving around in the cottage due to the room length.

The Good, The Bad & The Rugby can be viewed on YouTube, while Harry & Meghan is available to watch in full on Netflix.