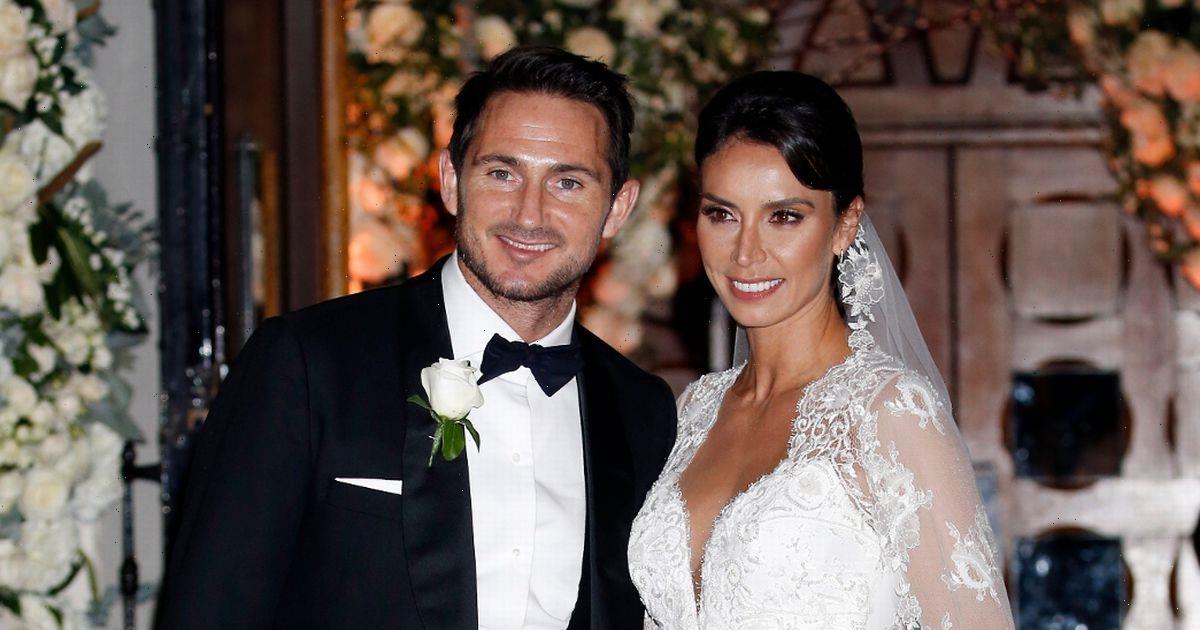 Christine Lampard has given tribute to her husband Frank on their seventh anniversary in a sweet post shared on Instagram.

The 43 year old gushed over her former footballer spouse as she posted a series of photos from their wedding day in 2015.

Christine looked every inch the stunning bride in the first snap shared, as she sported a fishtail wedding gown next to a suited Frank, 44, while standing on floral-draped steps during their intimate ceremony.

“7 years ago today and 2 babies later! We love you @franklampard,” the Loose Women presenter captioned.

The TV presenter received much praise from famous friends after marking her seventh anniversary with the heartfelt post.

Holly Willoughby wrote: "Happy anniversary…love you both!!!”, adding a love heart emoji on the end.

Katie Piper commented: “Beautiful. Happy Anniversary to you both”.

Susanna Reid also added a string of love heart emojis in the comment section in support of the couple.

The second photo posted by Christine was a black-and-white image of her in her wedding dress, designed by Suzanne Neville, and showcased her sweeping train in the breathtaking shot.

A third and final snap saw groom Frank beaming on their big day in his sharp black tuxedo at the wedding reception.

Christine and Frank met at the Pride of Britain Awards back in 2009. The One Show host recalled the ex-Chelsea player approaching her at the afterparty. The pair exchanged numbers and proceeded to speak on the phone for weeks until they finally went on a date.

Christine and Frank have since attended the annual awards ceremony together on several occasions, and were among the guests at this year’s show in October.

Frank joked at the time that the Pride of Britain Awards “is like our anniversary night out”, as he added that it's "always a very special day", due to their history.

Christine welcomed her second child with Frank in March 2021.

Shortly after her son’s arrival, the mum-of-two announced in a post: “Let us introduce you to our newest addition…Frederick (Freddie) George Lampard!

“We are completely in love @franklampard”.