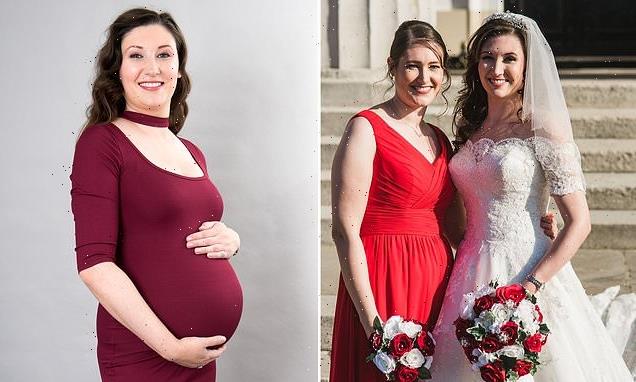 Cancer in my teens left me infertile. Now my sister has given me the greatest gift

This Christmas, Dr Catherine Pointer is expecting a very special gift. She is eight months pregnant with her first child, a boy.

It’s a dream she and husband Ash long thought might never be possible. When Catherine was in her teens, she beat leukaemia twice and treatment left her infertile.

Catherine, now 30 and a research scientist, was told it was unlikely she could even carry a child.

At the time, she was so focused on survival she hardly took in the news. But her sister Joanna, four years older, did. Catherine recalls: ‘Joanna sat me down and said: “This will make you infertile, so if you ever want children I’ll have some for you.” She was very matter-of-fact about it and I said: “Oh, will it? OK then.”‘ 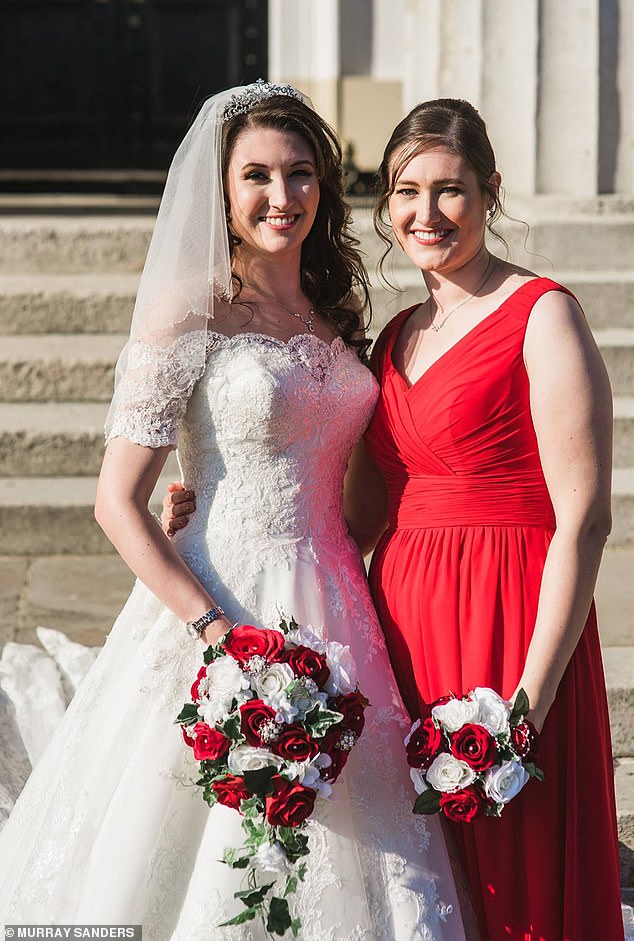 This Christmas, Dr Catherine Pointer is expecting a very special gift. She is eight months pregnant with her first child, a boy. Pictured: Catherine on her wedding day with sibling Jo

‘I wasn’t interested in motherhood at the time. I just needed to survive.’

But more than a decade later, she remembered that youthful promise.

She says: ‘Joanna and I are typical sisters: we can get on each other’s nerves, but we’re there for each other. She was more than willing to keep her promise, even though she has no children of her own yet.’

Earlier this year, Joanna, 34, donated her eggs so Catherine could use them to become pregnant.

Catherine, from Hampshire, says: ‘We’re so grateful. Jo has been so casual about it, but it’s a huge gift and it’s brought the family closer. Everyone wants this baby.

‘People ask: “Isn’t it strange carrying your sister’s biological baby?” but I couldn’t care less that this little baby has slightly different DNA to me. I’m carrying him, I’ll be giving birth to him and I’m his legal mother.’

Joanna, 34, feels the same: ‘I do find it interesting that I can be biological mother and legal aunt to the same child — it’s a bit of a head-scratcher. But it’s totally normal in our family.’

Catherine is sharing her story to support the Mail’s campaign with Cancer Research UK for more investment in children’s cancer. She now works in the labs of Southampton General, the hospital where she was once a patient.

‘There was another girl on my ward who had the same kind of leukaemia,’ she recalls. ‘Only the drugs didn’t work for her and, sadly, she died. I wanted to know why. Now I work with DNA to find out why treatment helps some, but not others.’

Catherine was 14 when she was diagnosed. ‘On holiday in America with my family, I had a period that was so heavy I needed a wheelchair.

‘When I saw my GP two weeks later, I’d lost two stone in a fortnight. A blood test showed that I had low haemoglobin and needed an urgent blood transfusion.’

‘Mum and Dad went to the hospital to collect the results,’ she says. ‘When they got back, there was a long silence and eventually they told me: “You’ve got leukaemia.”‘

‘I was in shock. I was scared. But Mum and Dad were so upset, I remember trying to be composed for them, trying to make them laugh.’ 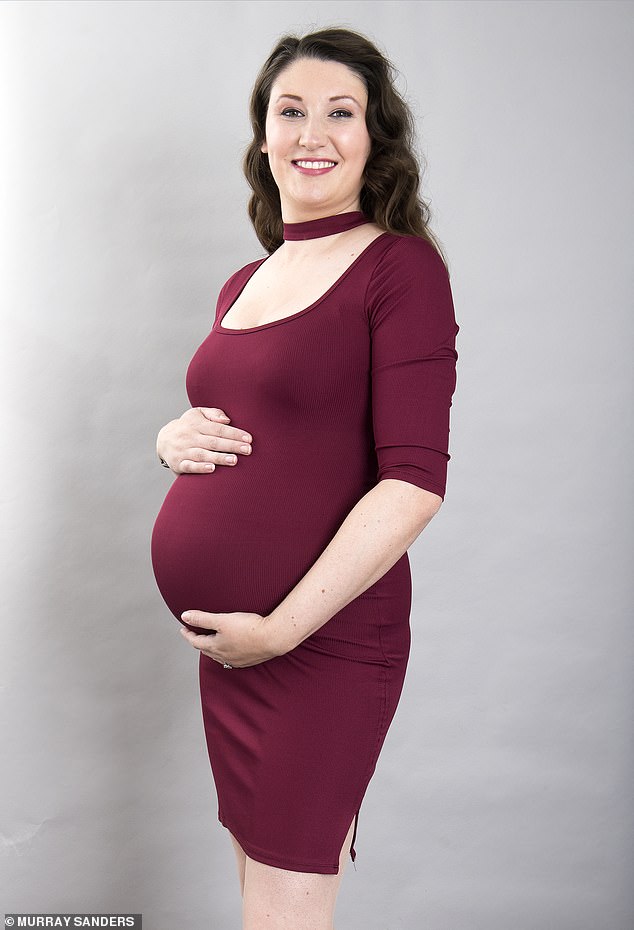 Catherine (pictured pregnant), now 30 and a research scientist, was told it was unlikely she could even carry a child

The Daily Mail is delighted to be supporting Cancer Research UK through our fundraising appeal. 100% of all money raised will support Cancer Research UK’s work into cancers affecting children and young people, so that more 0-24 year olds can survive cancer with a good quality of life.

FOR ALL OTHER WAYS TO DONATE VISIT: www.cruk.org/dailymailappeal

She had four rounds of chemo, which were successful — but then, at 17, Catherine collapsed. The cancer had returned and this time it was aggressive.

‘If it had been caught two days later, I could have died,’ she says. ‘This time, the odds of surviving were much lower. But I had to focus on treatment.’

That meant having what she calls a ‘lethal’ dose of chemo, which would obliterate her eggs and leave her infertile. ‘Doctors needed to kill my own bone marrow so I could have a transplant — but this meant a damaging dose,’ she says. ‘As well as putting me through early menopause, it affected my spleen.’

She adds: ‘I was never offered the chance to freeze my eggs. They gave me some leaflets on infertility and, like a typical teenager, I didn’t even read them.’

But Joanna read the leaflets. One evening, she made her younger sister — who went on to make a full recovery — the promise that would change both their lives. So when Catherine decided she would like to conceive, she knew who to call.

‘We spoke to Joanna and she was only too happy to help,’ says Catherine. ‘I went with her to some of the fertility appointments. She said that egg donation is not painful but it does require appointments every two days for two weeks, and a large number of injections at precise timings.’

Joanna adds: ‘I would like to be a mother myself one day and when that time comes, I’ll be sure to ask Catherine for tips.

‘I’m immensely proud of her and the way she has faced difficulties in her life. We’re so lucky to still have her with us.’