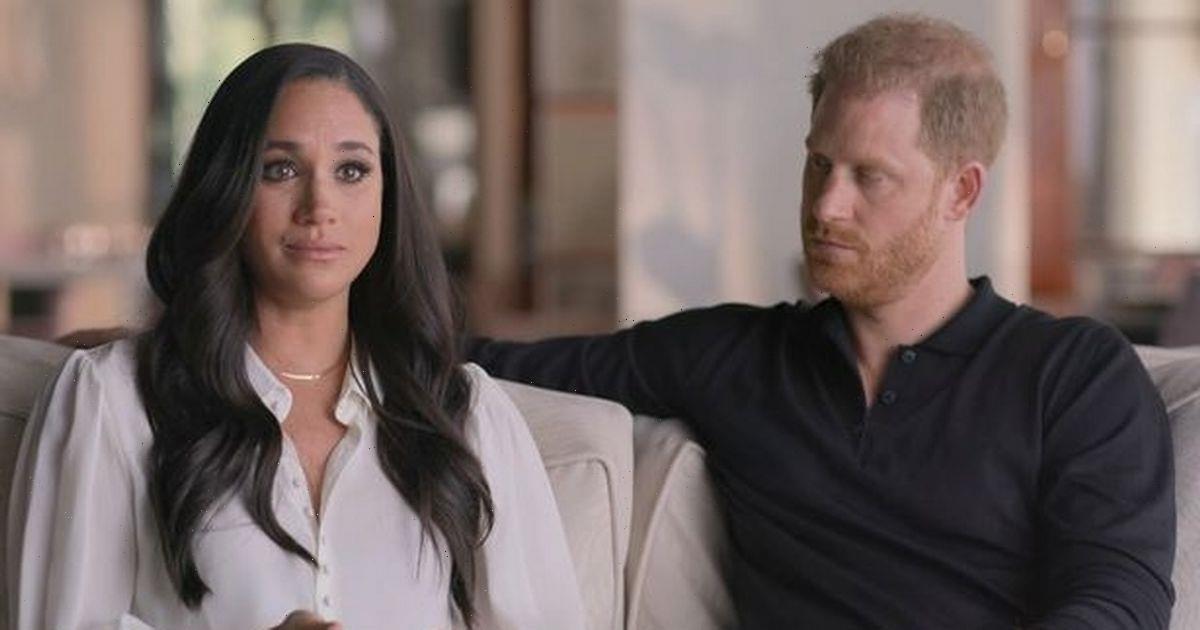 Megan Markle and Prince Harry's Netflix docuseries will cause their "Hollywood elite" pals to "distance themselves" from the couple, royal expert claims.

According to Kinsey Schofield, footage of the Duke and Duchess of Sussex reading aloud texts from friends and family, is likely to put celebrities off from contacting them.

The royal commentator told Express.co.uk that the show was intended to influence an American audience but it may in fact prove to push away the likes of Beyoncé and Michelle Obama.

The ToDiFor Daily founder said: "Obviously the series is crafted to sway an American audience – which it could. Not all Americans will be privy to their dishonesty and the history," Ms Schofield began.

"But overall, I think a product like this will make the Hollywood elite continue to distance themselves. Beyoncé doesn't want you reading out private text messages on your reality show. Beyoncé, the Obamas, they value their privacy."

During the show, the Sussexes revealed texts from Meghan's estranged father Thomas Markle.

The docuseries also contains a scene during which Prince Harry purports to have received a text from his brother, Prince William.

Harry shows his phone screen to Meghan who replies: "Wow, H just got a text from his brother!"

Prince Harry appears unsettled by the text, he says: "I wish I knew what to do."

Meghan responds: "I know. Let's take a breather. Get some air and then decide."

Ms Schofield said that the show was "six hours of deflection", claiming the Sussexes accused others of "doing exactly what they are guilty of" when it came to painting people in a bad light.

However, that could end up damaging the Sussexes' reputation more than the Firms, according to Ms Schofield.

"I think that the royal family will survive this reality show. Ultimately, it is not a positive reflection on Harry and Meghan. They look like they are in constant conflict," she said of the show.

For more shocking stories from the Daily Star, make sure you sign up to one of our newsletters
here

Harry & Meghan was released on Netflix in two parts, each time three episodes of a six part series, on December 8 and 15.

The show has sparked huge debate among royal watchers and in the media. So far, there has been no official response from the Palace following the release, however there have been reports that King Charles III will officially invite Harry and Meghan to his coronation next year.