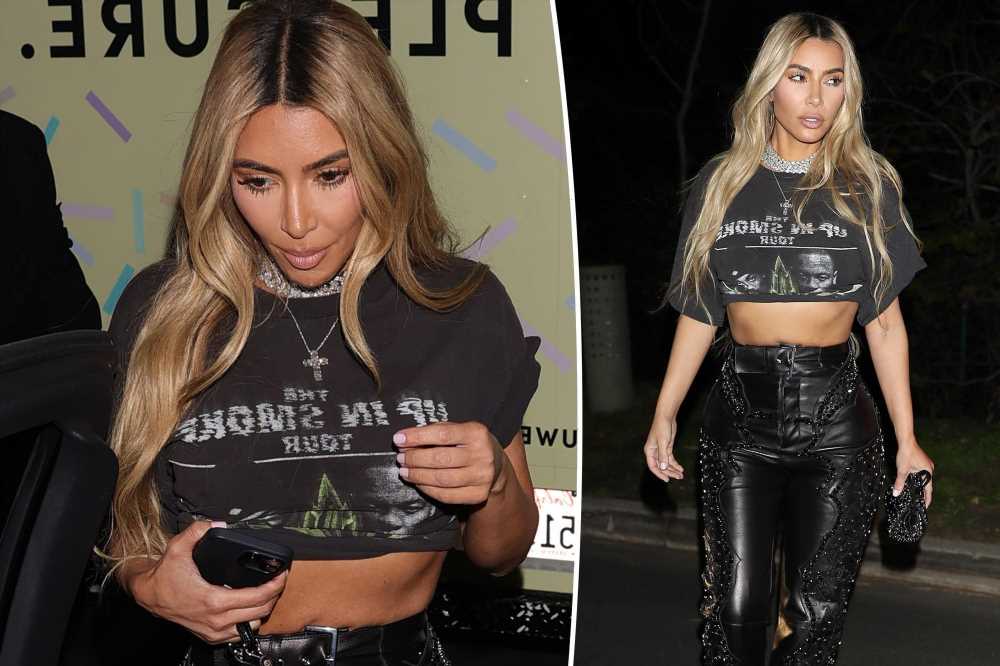 Kim Kardashian ‘looks back’ at her butt in silver Skims bikini

North West pranks Kim Kardashian by ‘shaving off’ her eyebrows: ‘Not funny’

Kim Kardashian’s style is causing a stir this holiday season.

The reality star, 41, did some serious party-hopping the weekend, making appearances at nephew Mason Disick’s bar mitzvah, Paris Hilton’s Christmas bash and Jennifer Lopez and Ben Affleck’s first holiday party as a married couple, all in the same day — and in the same shockingly casual outfit.

The mom of four rocked a cropped T-shirt from Dr. Dre and Snoop Dogg’s 2000 Up in Smoke tour — vintage versions of which will set you back hundreds on resale sites — along with a pair of belted and heavily embellished black leather pants by Dolce & Gabbana, her new honey-colored hair worn in waves down to her waist. 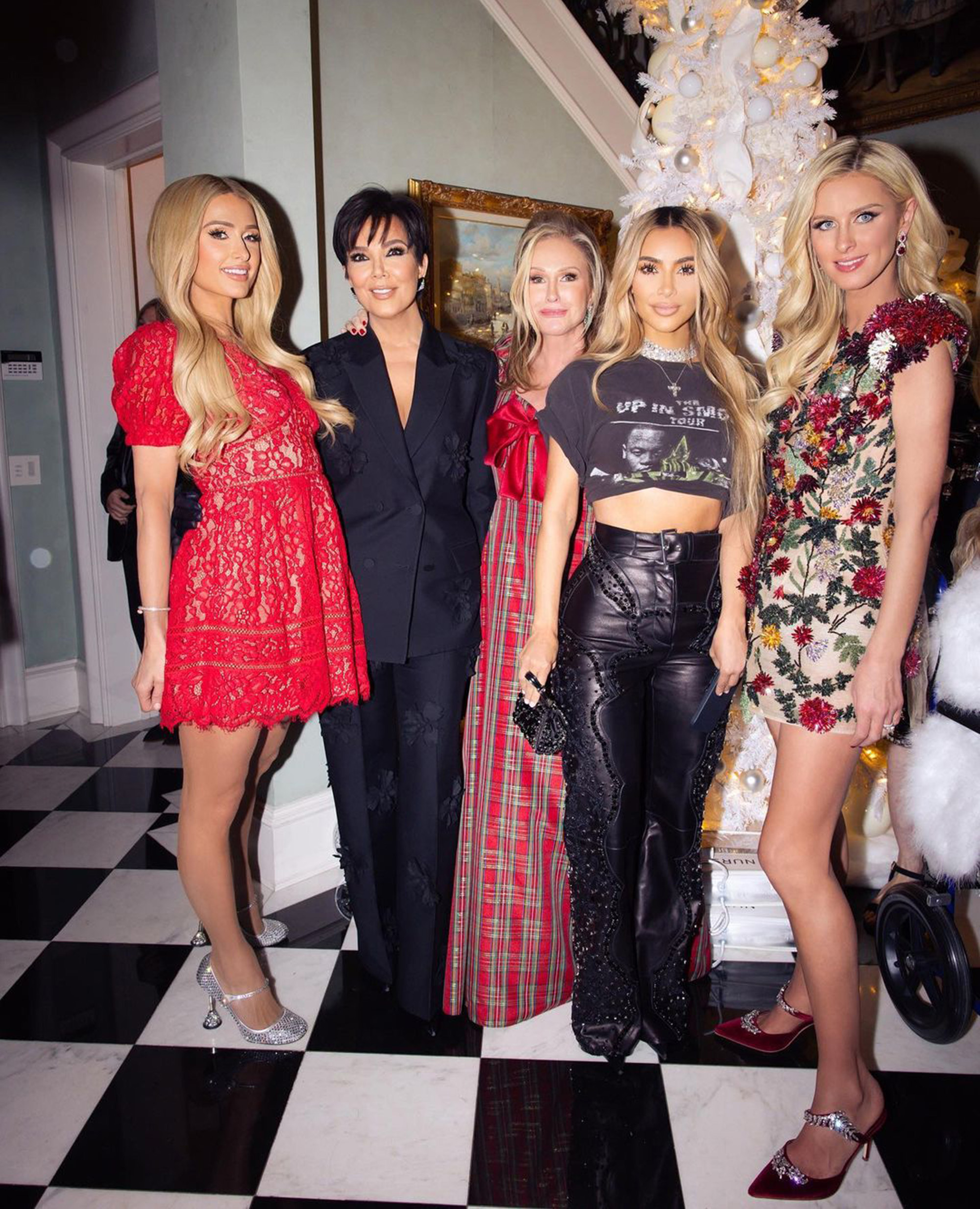 And when Paris Hilton (who, along with her sister and mother, was attired in festive shades of red and green) posted photos from the party, her followers savagely roasted Kardashian’s getup, labeling it “ridiculous,” “horrible” and “disrespectful.”

“Did Kim not understand the holiday party attire assignment?” one asked in the comments. “Everyone dressed all nice and Kim looks like a 15YO teen that was forced to her parents [sic] party,” another added.

Wrote a third, “Kim’s outfit is for a rock concert, not a Christmas party.” 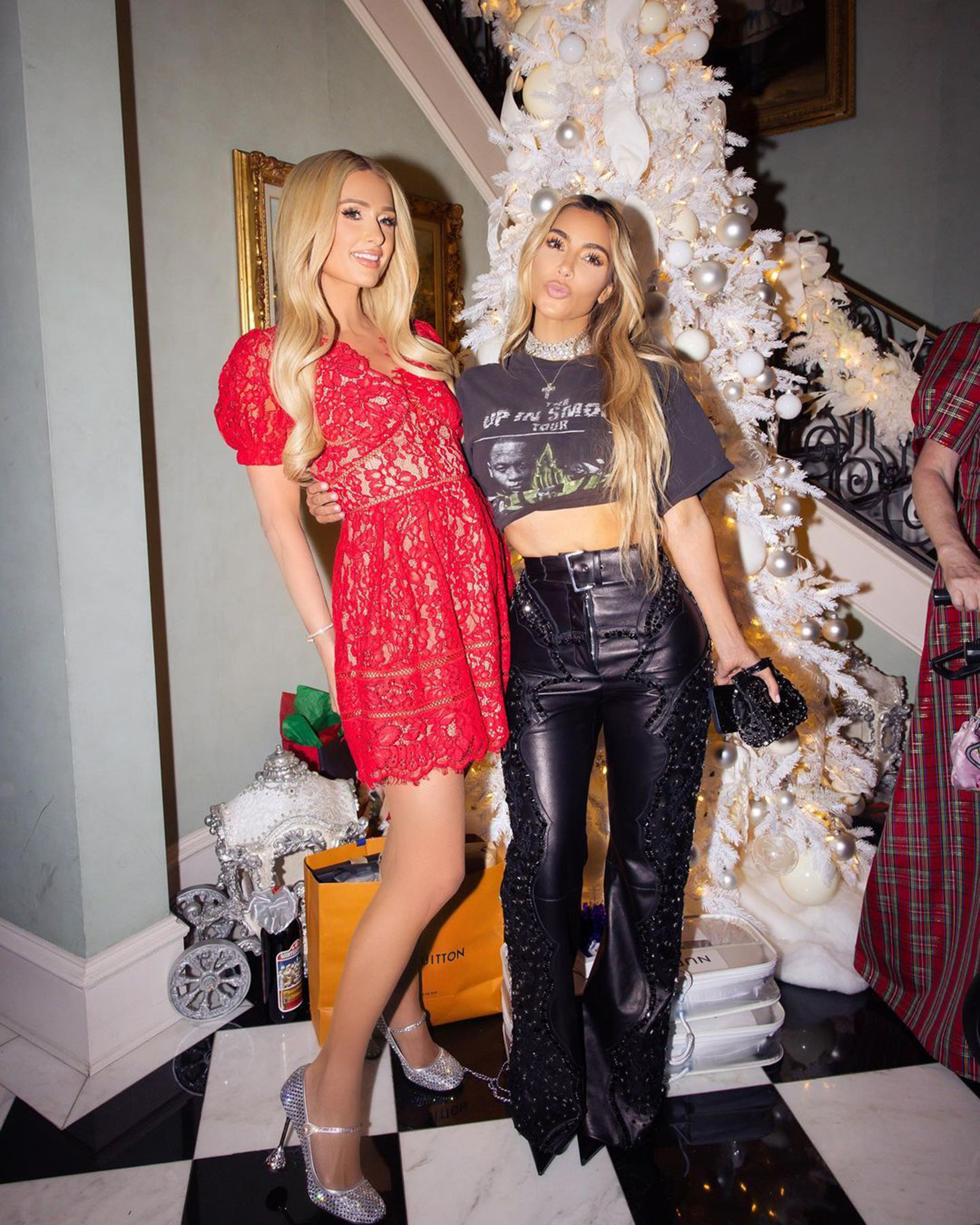 With its prominently featured marijuana leaf, Kardashian’s concert tee might’ve been an usual pick for a family-friendly holiday soirée, but it fits right in with the sportier, more casual looks she’s been wearing lately.

At Art Basel in Miami earlier this month, the superstar paired her hair makeover with a new style direction, stepping out in a latex bandeau and moto-inspired pants.

And she showed off a similar look on Instagram over the weekend, teaming another vintage tee — this time from a Björk tour — with another pair of biker-inspired leather trousers.

Per usual, it doesn’t seem like Kardashian is paying any mind to the haters; on Monday night, she posted a photo of her bare butt from behind, wearing nothing but a Skims Swim thong bikini.

How’s that for a cheerful holiday outfit?