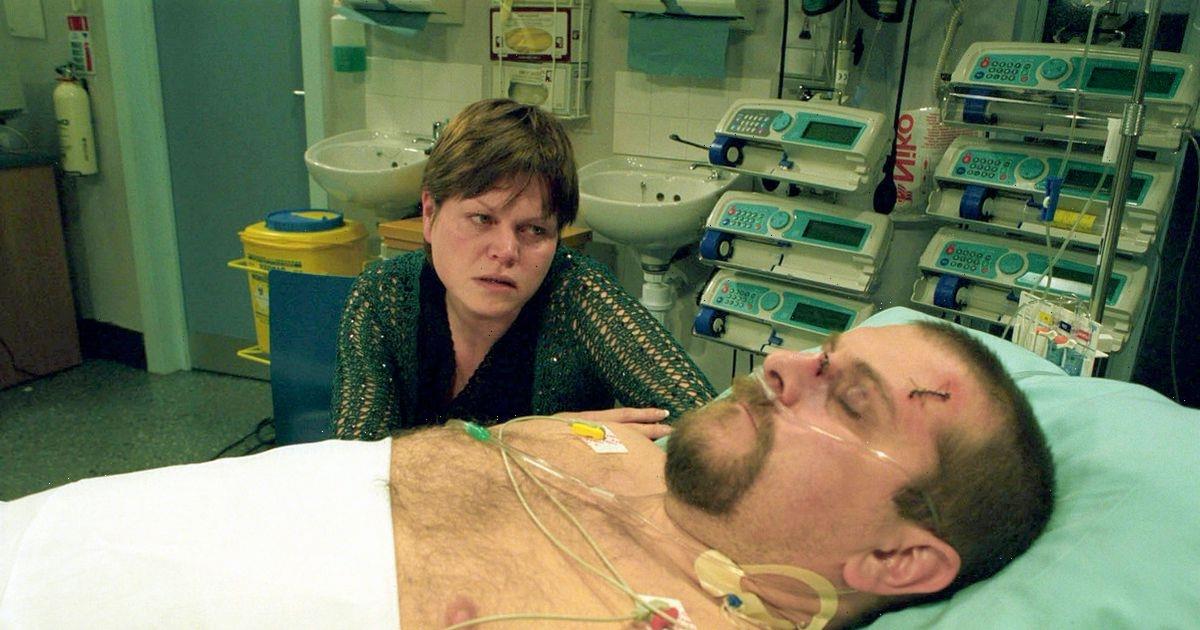 A former Coronation Street star has revealed a new look in a selfie posted on social media.

Actor Charles Dale can be seen looking vastly different to how he appeared during his days on the ITV soap over two decades ago.

Charles, 59, joined Coronation Street back in 2000, playing character Dennis Stringer, and remained on the long-running series for two years.

Dennis dated Eileen Grimshaw and sported a buzzed haircut and goatee at the time on the show.

Charles looks totally different now though, as he revealed to his 31,000 followers that he now sports a bushy grey beard.

The actor, who hails from Wales, is seen beaming in the photo, taken in the passenger’s seat of a car, as he wears a cap and a blue shirt.

During his two-year stint on Corrie, Charles’ character Dennis was attached to several major storylines, most memorably including his affair with Janice Battersby whilst in a relationship with Eileen.

Charles bowed out from the soap as Dennis was tragically killed off in a car crash whilst on his way to the A&E department at Weatherfield General Hospital.

Dennis had found his close friend Les Battersby unconscious, after he’d attempted to commit suicide by gassing himself in his car, and was bringing him to the hospital, before he suffered the fatal accident.

Charles went on to act in other major TV roles after exiting the cobbles, as he starred in BBC medical series Casualty for nine years, from 2007 to 2016, playing hospital care assistant MacKenzie ‘Big Mac’ Chalker.

Prior to joining Coronation Street, the actor featured as Gary ‘Chef’ Alcock in 1997 BBC drama The Lakes for two years, and also played discount warehouse founder Clive Eustace in The Eustace Bros, set in Nottingham.

Charles has branched out from the world of acting too, and now also holds a position on his local council in Tenby.

Before being elected, he wrote on Twitter: "Long story short, I am standing for election for my local council.

"Today a staff member from my local paper came into my shop (another long story, and no, I haven’t retired) and asked me if I wanted to pay £50 to have my name and contact details put in the paper alongside the other candidates."

He added: "I said 'no thank you', now I don’t know about what you, but I think that’s something a local paper should perhaps 'report on' rather than charge for."