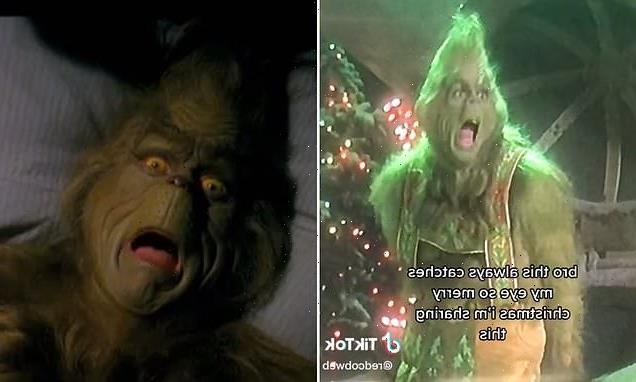 ‘HOW have I never noticed this?’ The Grinch fans are left up in arms after a viewer spotted a hidden costume FAIL in the 2000 Jim Carrey classic… so, can YOU guess what it is?

One eagle-eyed viewer has spotted a mistake in Jim Carrey’s 2000 Christmas movie How the Grinch Stole Christmas.

Posting about her observation to TikTok, @redcobweb highlights how in one scene Carrey is missing his yellow contact lenses and appears with his natural brown eyes opened wide.

She explains in the video, as the movie plays in front of her: ‘So every time I watch the Grinch I notice this one little mistake they made where they forget either to put his contacts in or they forgot to edit them in afterwards and so just Jim Carrey’s brown eyes… they’re just there.’ 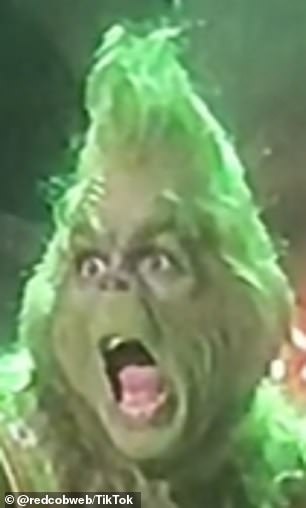 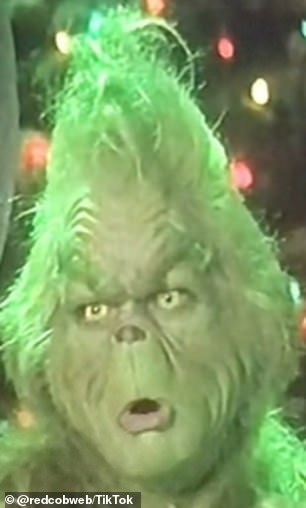 A TikTok user has pointed out an error in 2000 movie The Grinch, revealing Jim Carrey wasn’t wearing his yellow contact lenses in one scene (left), but they returned in the next (right)

When she gets to the exact point in the movie – which occurs after the Grinch wreaks havoc in the fictional town of Whoville and is about to travel back home down a garbage shoot – she exclaims: ‘Right there! Those are his brown eyes.’

After appearing brown, @redcobweb explains in the next scene Carrey’s return to the Grinch’s infamous yellow color.

To date the TikTok video posted on December 13 has been watched more than three million times with many commenters expressing their surprise at not spotting the error before.

While Hannah commented: ‘That scene has ALWAYS made me uncomfy [sic] looking at the eyes and now I know why OMG.’

Some TikTokers have debated if Carrey’s eyes change of eye color was intentional.

Mony mused: ‘There’s a possibility that they may have wanted his pupils to look shocked.’

And Astr0 said: ‘Literally feels like it was intentional because it looks like cartoon pupils? I don’t know. Just kinda [sic] feels right where it is to me.’ 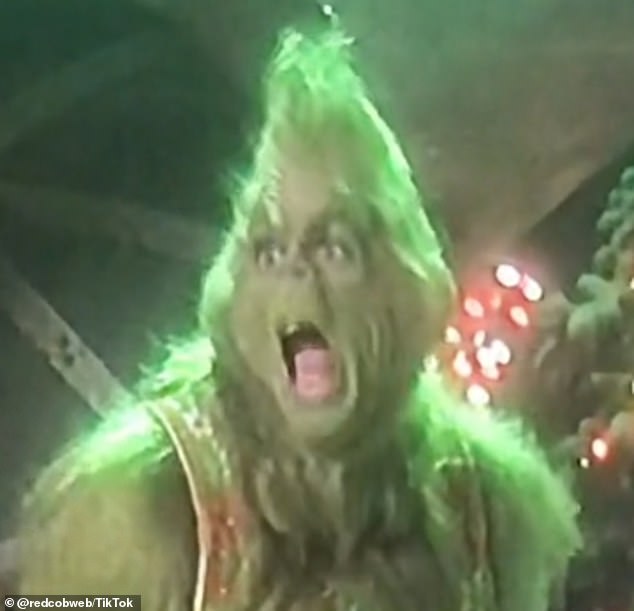 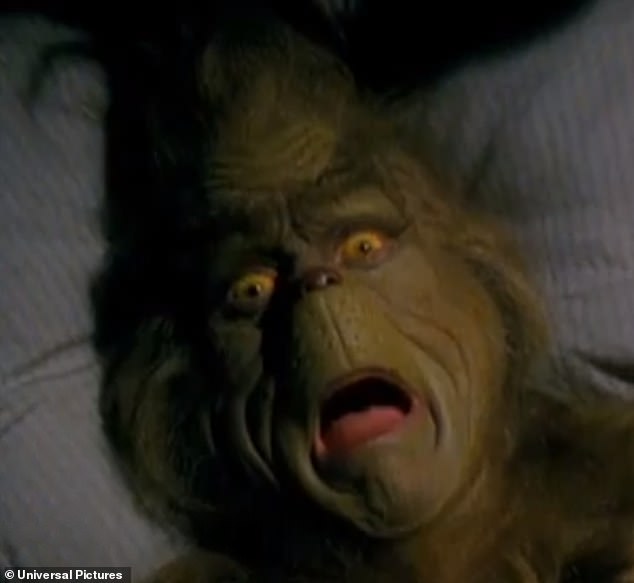 Carrey’s signature Grinch costume featured glaring yellow lenses, which are part of the character’s trademark look throughout the movie 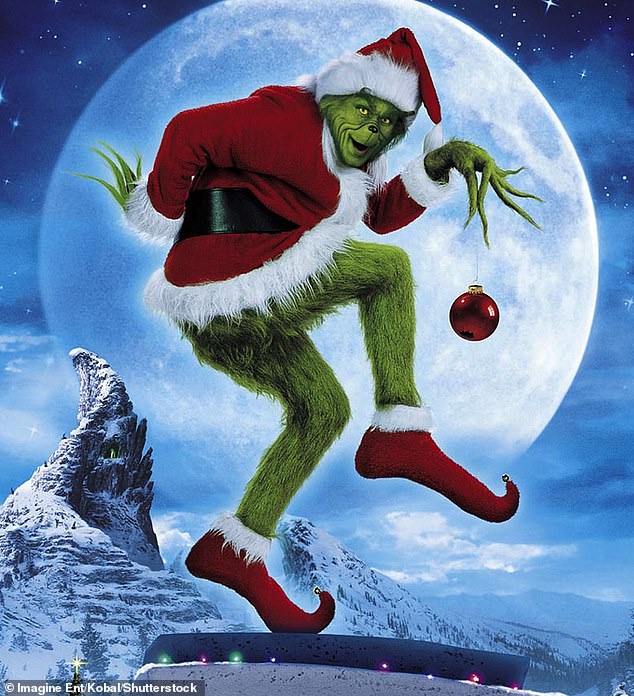 Special effects makeup artist Kazuhiro Tsuji was responsible for turning Carrey into the Grinch. It was reported that Carrey was a nightmare on set with the Grinch costume, which included a yak fur suit, green make-up, facial prosthetics and yellow contact lenses, making him particularly irritable

Some commenters also suggested the missing contact lenses could have been down to discomfort.

Special effects makeup artist Kazuhiro Tsuji, who was responsible for turning Carrey into the Grinch, previously described how Carrey’s huge contact lenses were particularly uncomfortable and snow on the set kept getting caught in them.

This, combined with wearing a huge yak fur outfit, facial prosthetics and layers of green paint, took their toll on Carrey and Tsuji described how the actor was unpleasant to work with.

In a 2017 interview with Vulture Tsuji said of Carrey: ‘Once we were on set, he was really mean to everybody and at the beginning of the production they couldn’t finish.

‘After two weeks we only could finish three days’ worth of shooting schedule, because suddenly he would just disappear and when he came back, everything was ripped apart. We couldn’t shoot anything.’

Three-time Oscar nominee Tsuji ended up quitting the film due to stress but he returned on the provision that the production company would help with his green card and Carrey would be better behaved.

In a bid to help Carrey deal with the ‘horrifying’ experience of being in the Grinch costume, which he spent 92 days in, producer Brian Grazer recruited a CIA operative specialized in enduring torture to offer some tips.

Carrey said he developed a two pack a day smoking habit after he was told by the agent: ‘Eat everything you see. If you’re freaking out and you start to spiral downwards, turn the television on, change a pattern, have someone you know come up and smack you in the head, punch yourself in the leg or smoke as much as you possibly can.’

If you enjoyed this article…

It’s not too late! 20 Christmas gifts for the foodie in your life from a GIANT Toblerone bar to a make your own hot sauce kit

Can you spot the Christmas nutcracker hidden in the living room? Tricky festive puzzle challenges you to use your observation skills