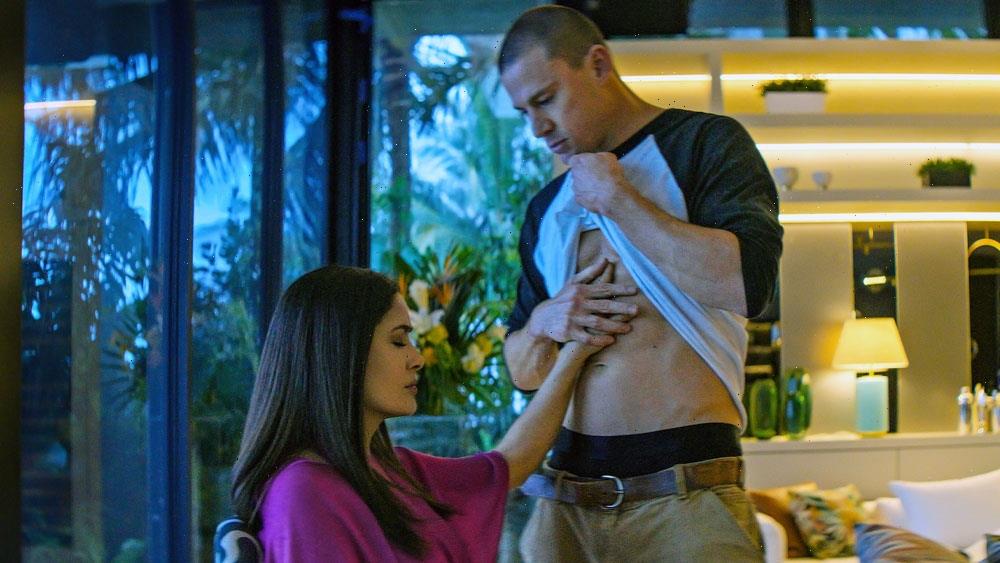 Salma Hayek is joining the world of Magic Mike in Magic Mike’s Last Dance. When the teaser trailer dropped for the Steven Soderbergh film, the steamy scenes between Hayek and Channing Tatum got major buzz.

Now the Oscar-nominated star is opening up about the scene and how challenging it was to shoot.

In the trailer, Tatum’s Mike Lane shows Hayek’s character what he really does and a sensual lap dance ensues.

It was in the middle of a press tour for Puss in Boots: The Last Wish that Hayek got into talking about her role on Magic Mike’s Last Dance.

“I play a strong woman,” Hayek told her Puss in Boots costar, Antonio Banderas. “You know what was my day going into the office? I would just sit around and watch, like, 12 men, semi-naked dancing and doing pirouettes. And I got to boss them around.”

Banderas then joked saying, “Poor girl,” and said he would’ve made a cameo in the film.

“He would have. He would have shamed them,” Hayek added. “He’s a really good dancer, Antonio.”

Hayek stepped into the role that was originally supposed to be played by Thandiwe Newton. The Westworld star exited the film “to deal with family matters,” a Warner Bros. spokesperson said earlier this year.

Watch the trailer for Magic Mike’s Last Dance below.