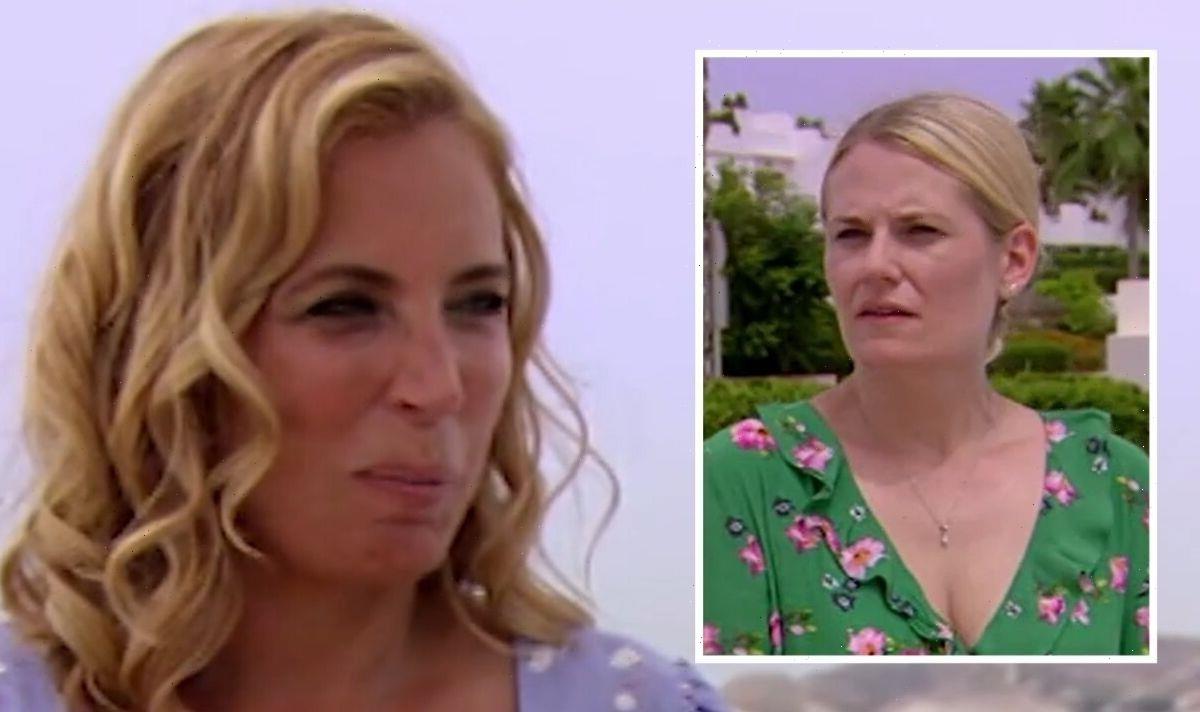 A Place in the Sun: Jasmine Harman present a 'problem' to couple

In the latest instalment of A Place in the Sun, Jasmine Harman showed couple Vicky and Marvin around the Southeast of Spain in Mojacar. The couple were looking for a holiday home to enjoy with their twins Paige and Oliver, with a budget of £250,000. Jasmine left them confused and with a difficult decision after showing two properties with exactly what they were looking for.

After looking at some properties in Mojacar, Jasmine sensed that the couple weren’t getting what they wanted out of the search.

So she decided to take them to San Juan de Los Terreros which she explained was more family-friendly and a place where their children could enjoy.

She showed them around a three-bedroom apartment with a spacious front balcony and a huge rooftop solarium with fantastic sea and mountain views.

This came with three separate pools, one for adults, one for children and a heated one outside for all the family.

It was valued at £250,000 and Jasmine explained that there was no wiggle room when it came to the price.

Vicky and Marvin were impressed with the property but were left confused when Jasmine showed them the fifth and final property.

The three-bed villa had a terrace, with views across to one of the volcanic islands and the mountains, a large living room and a private garden priced at £300,862.

A swimming pool made to order was also included in the price which left Marvin very excited about the villa.

Jasmine left the couple to look around the villa themselves, to which they explained she had given them a problem.

Asking them how they liked the space, Vicky admitted that she wasn’t expecting it, as Marvin added: “It’s a very big space, the kitchen is fantastic as well. Jasmine you have given us a problem, but a nice problem.”

Vicky explained: “I am confused at the minute,” as Marvin added: “I can picture where we can have our own stamp on something like this, that is where I am coming from.”

Shocked at their comments, Jasmine asked: “Right, so is it a bit of a difference in opinion?”

“For me, it’s the bigger rooms, the bigger downstairs, the bigger kitchen, is that really important for a holiday home? Perhaps not but if we retire here that is where it comes into the equation,” Marvin added.

After taking some time away to discuss what they wanted to do, Marvin and Vicky rejoined Jasmine the next day to reveal what they were going to do.

Vicky admitted: “We each favoured one quick strongly didn’t we,” to which Marvin explained: “I think we love the apartment, there are no two ways about it.

“But when we were introduced to the villa, I just saw a better, long-term option.”

Vicky explained that they were back and forth with their decision until Marvin revealed: “After a conversation that has been two and fro, we would like to make an offer, on the apartment.”

Jasmine was shocked at their decision, with Vicky explaining that they thought more about what was best for their children.

Despite the non-negotiable, Marvin still put in a lower offer than originally asked for at £240,000 which was rejected but were successful when putting in an offer for £244,000.

A Place in the Sun airs weekdays from 3pm on Channel 4.