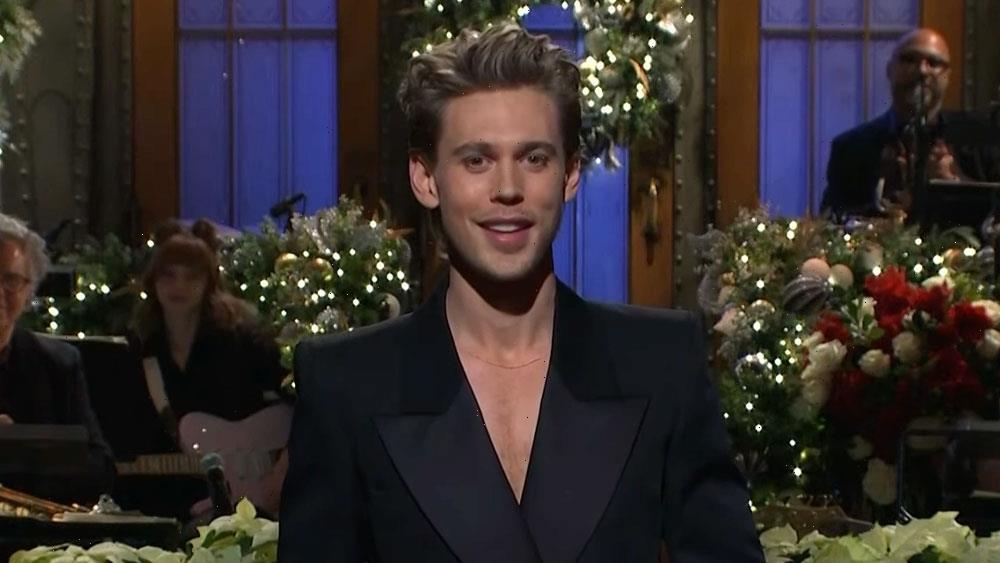 Austin Butler gave viewers a range of emotions during his monologue as host of Saturday Night Live. The actor took the stage on the NBC sketch show for the first time and addressed his evolving voice in recent years.

Since portraying Elvis Presly in the Elvis biopic, many fans have questioned his deeper voice which sounds similar to the rock star icon.

“I do want to address something. There’s people out there who say that ever since I’ve played Elvis my voice has changed — that it got deeper, more Elvis-y,” he said. “But that’s not true, I’ve always sounded like this and I can prove it. Here’s a clip from an interview I did 10 years ago.”

Butler cues the interview and it shows him at an event where he was getting interviewed for The Carrie Diaries. As the actor speaks, his voice was modified to sound high-pitched.

Butler recalled that he has been acting since he was a kid and noted that he was shy when he was younger. He revealed that some of his favorite memories growing up with his mother were watching SNL with her.

“We watched every week,” he added. “Even though I had this crippling shyness when I was with her, I’d do anything to make my mom laugh. I’d make funny faces and voices and I’d even do this Gollum impression.”

Butler continued, “Being silly with her is what broke me out of my shell and it’s the core of what started me in acting.”

Remembering his mom, Butler choked up saying, “My mom is no longer with us but I’ve been thinking a lot about her this week just imagining how proud she’d be that her son who used to not even be able to order food for myself at a restaurant is now standing on this stage.”

After applause from the audience he said, “So tonight, anytime you see me doing a silly voice or making a funny face, that’s for you mom.”

‘Avatar: The Way Of Water’ Heading To $400 Million Worldwide Debut