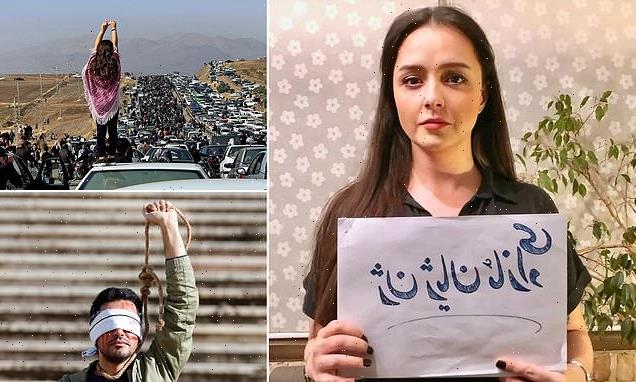 Iran arrested a prominent actor Saturday after she voiced support for the three month old protest movement triggered by the death of a woman in custody, Iranian media reported Saturday.

She is best known for her role in the Oscar-winning 2016 film ‘The Salesman’.

Alidoosti’s most recent social media post was on December 8, the same day Mohsen Shekari, 23, became the first person executed by authorities over the protests. 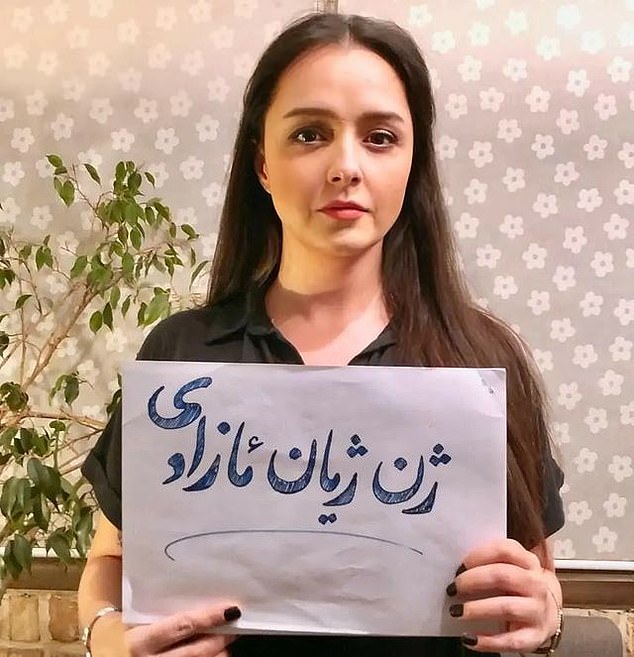 Taraneh Alidoosti, an Iranian actress who starred in the Oscar-winning 2016 film ‘The Salesman’, has been arrested for posting a photo of herself posing without headscarf and voicing support for the protests. She had previously posted a picture of herself on her Instagram page, where she appeared without the hijab holding a piece of paper reading ‘women, life, freedom’ 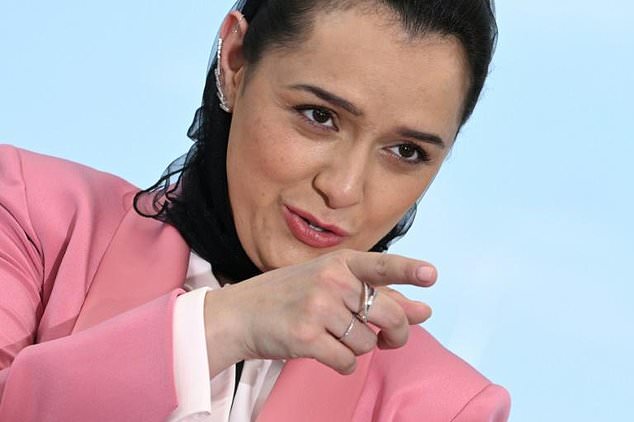 Alidoosti attends a screening of her movie ‘Leila’s Brothers’ at the Cannes Film Festival in May. The actor has been a prominent presence in Iranian cinema since she was a teenager 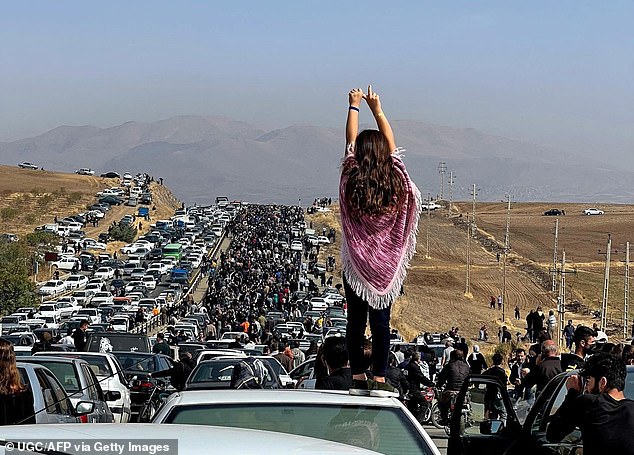 The photo shows an unveiled woman standing on top of a vehicle as thousands make their way towards Aichi cemetery in Iranian Kurdistan, the home town of Mahsa Amini, a Kurdish woman whose refusal to wear the veil and subsequent arrest and death sparked the protests three months ago

‘Your silence means the support of the oppression and the oppressor’, read text on an image shared to her Instagram account.

‘Every international organisation who is watching this bloodshed and not taking action, is a disgrace to humanity,’ Alidoosti wrote in the caption of her post.

She had previously posted a picture of herself on her Instagram page, where she appeared without the hijab holding a piece of paper reading ‘women, life, freedom’.

The actor has been a prominent presence in Iranian cinema since she was a teenager.

Recently, she starred in the film ‘Leila’s Brothers’, which screened at this year’s Cannes Film Festival.

The Islamic republic has been rocked by protests triggered by the September 16 death of Mahsa Amini, a 22-year-old Iranian of Kurdish origin, after her arrest for an alleged breach of the country’s dress code.

On the day of Amini’s death, Alidoosti posted a photo to Instagram with text saying: ‘Damnation to this captivity’. 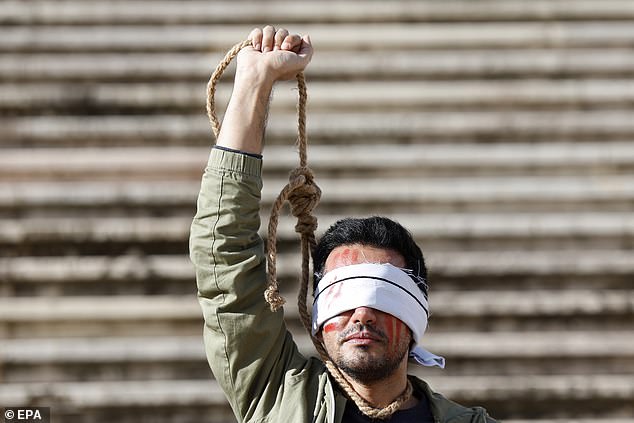 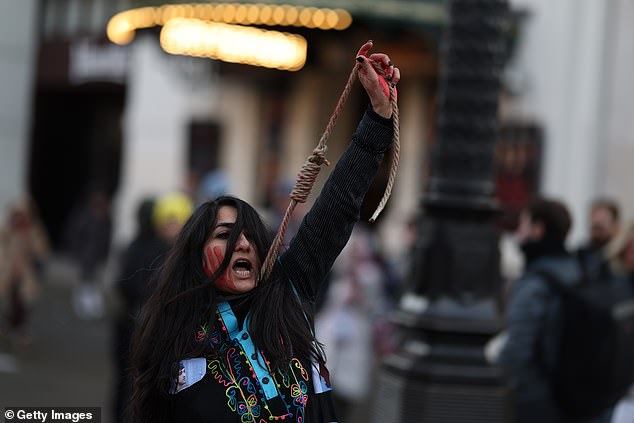 The caption to the post read: ‘Don’t forget what Iran’s women go through’ and asked people to ‘say her name, spread the word’.

On November 9, she posted an image of herself without a headscarf, holding a paper with the words ‘woman, life, freedom’, the main slogan of the protests.

Nine other people arrested in connection with the unrest have been sentenced to death.

Thousands of people have been detained since the protests erupted and 400 have received jail sentences of up to 10 years for their involvement in the unrest, Iran’s judiciary said Tuesday.