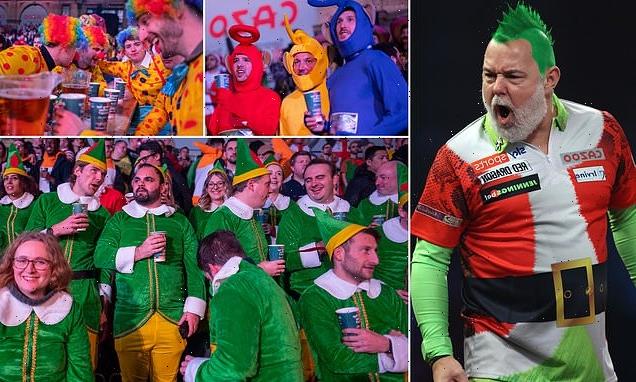 Thousands of boozy fans flock to Ally Pally in fancy dress for the first night of the 2023 World Darts Championship as reigning champion Peter ‘Snakebite’ Wright gets off to a winning start… in a special Santa outfit!

Thousands of alcohol-fuelled supporters packed into the Alexandra Palace to see first night of the 2023 World Darts Championship on Thursday night.

Boozy attendees flocked to London and saw Peter ‘Snakebite’ Wright win comfortably at the curtain-raising event, with the vast majority of those in attendance costumed up and singing themselves hoarse.

Reigning champion Wright, of Scotland, won 3-0 against Michael ‘Clonoe Cyclone’ Mansell – but the best performance of the evening went to darts fans, who put on an incredible show of colour and sound inside the Haringey arena. 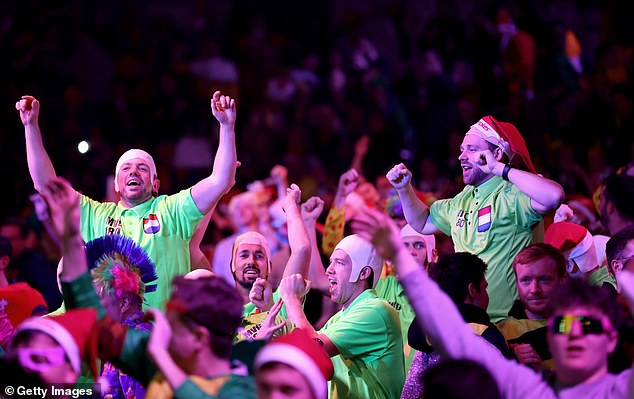 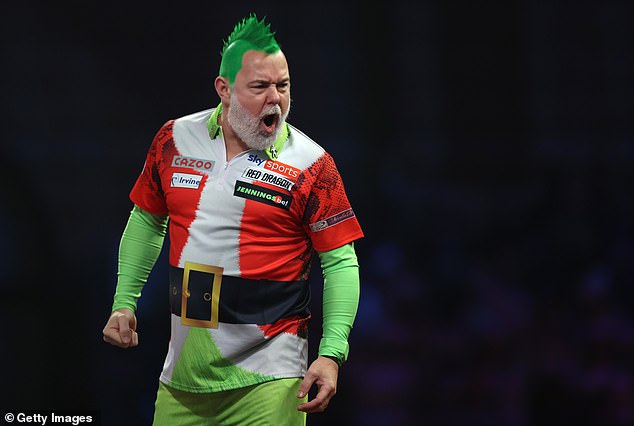 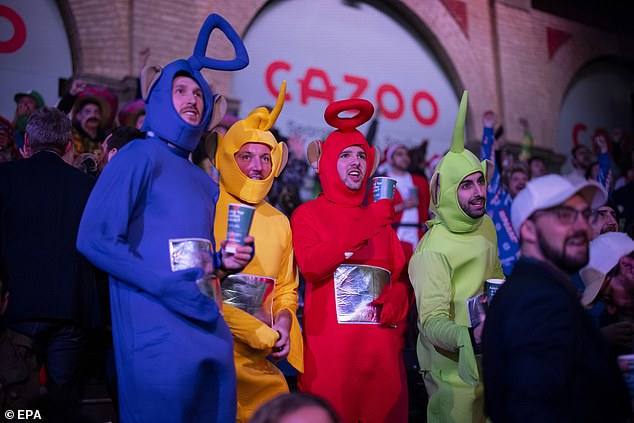 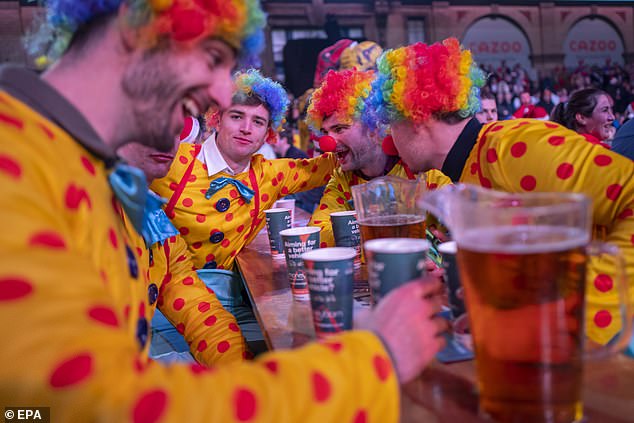 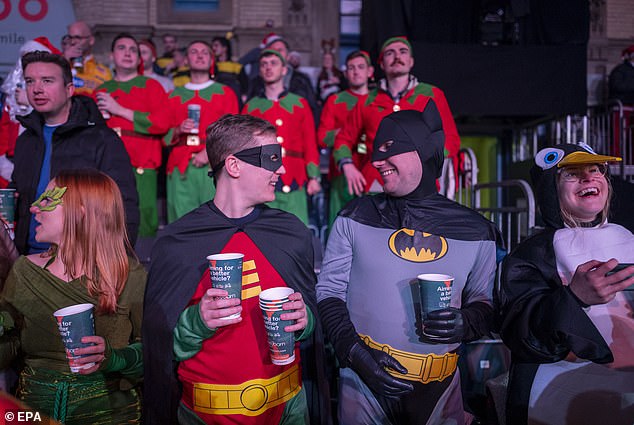 Fans were treated to four matches, three in the first round and one clash in the second round 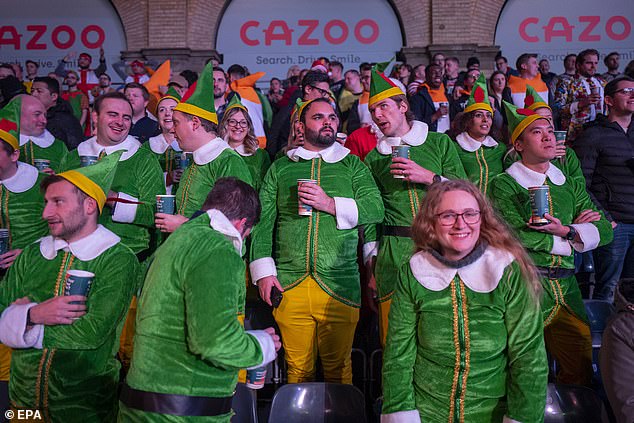 The competition format involves the top 32 from the PDC Order of Merit, who enter in the second round.

Before that, the 32 highest-ranked members on the PDC Pro Tour not already qualified joining in the first round.

The latter group face 32 qualifiers from around the world in the first round.

The first three matches saw two shocks as the crowd delighted in a couple of surprise underdog victories.

Mansell’s compatriot Nathan Rafferty then edged past the favourite, Dutchman Jermaine Wattimena, in a 3-2 thriller.

Unfortunately for Mansell, his first-round victory saw him up against defending champion Wright in the second round – who did not drop a set on the way to a confident win.

Adrian ‘Jackpot’ Lewis, who is a two-time PDC World Darts Champion (in 2011 and 2012) will face Daniel Larsson of Sweden. 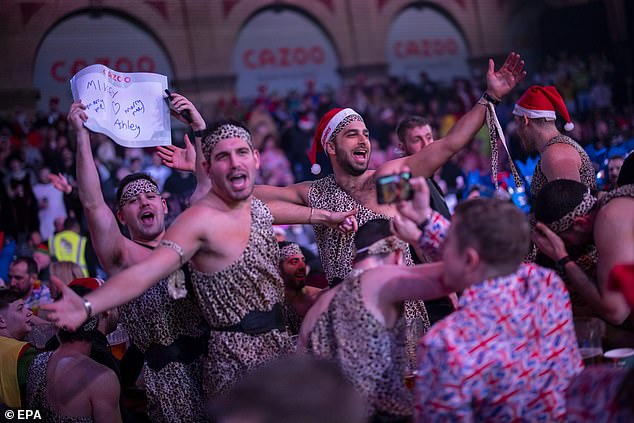 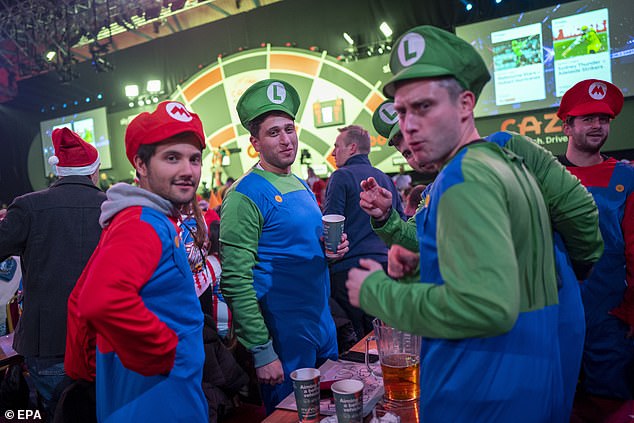 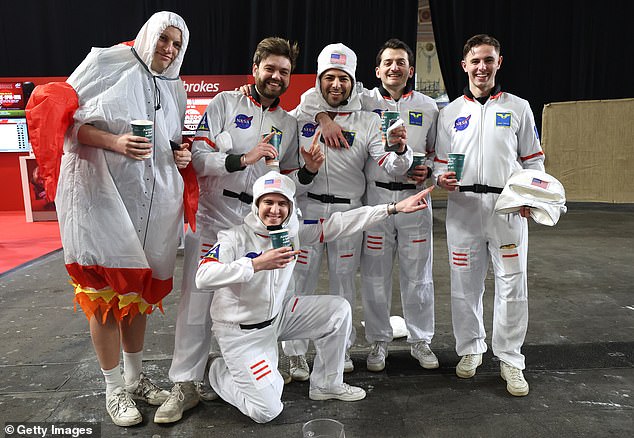 Out of this world: a large group of astronauts and one space rocket turn up in Haringey