Prime Minister Anthony Albanese has stared down fury from the gas industry over the government’s interventionist energy price relief laws, saying his bill would have no impact on their investment and warning them against talking down the sector.

As the contentious legislation was hurried through a one-day sitting of the parliament, energy giant Santos launched an extraordinary attack against Labor’s “Soviet-style” policy to cap the gas price, adding to the furious response from the industry to the government’s intervention. 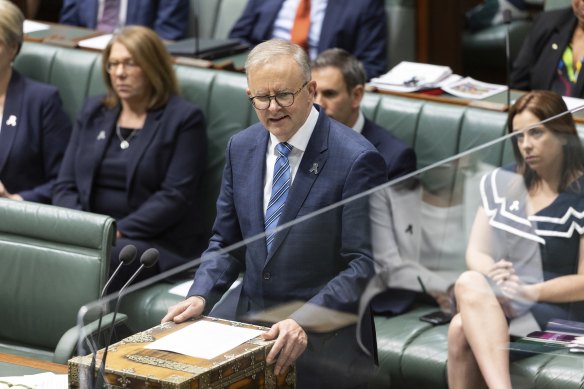 Treasurer Jim Chalmers was poised to immediately issue an emergency order to impose a 12-month price cap of $12 a gigajoule on uncontracted gas on the east coast following the passage of the laws, which also created a mandatory code of conduct for gas producers and authorised $1.5 billion in power bill subsidies for concession holders and small businesses.

Responding to the uproar from the sector, Albanese said the temporary cap would “do nothing whatsoever to inhibit investment”, pointing out that 96 per cent of gas contracts in 2021 were priced at under $12 a gigajoule.

“I’d say to the sector as well, they want to be careful that they’re not talking themselves down. Because there are big opportunities for future investment,” Albanese said on Sky News.

“If you go out there and you say, ‘This will inhibit investment, this will create issues for us going forward’, then you’re essentially talking down your industry.”

In his first public comments on the matter, Santos managing director Kevin Gallagher said every business owner in Australia should be alarmed by the new laws, saying they would force gas producers to seek “fiscal stability” guarantees from the government before investing in new supplies and raise the threat of winter gas rationing.

The comments from Santos, one of the largest Australian oil and gas companies, add to the outcry across the energy sector that the government was engaging in unprecedented intervention in the market that will put at risk crucial local investments to prevent fuel shortages.

The bill passed unamended after Labor secured the support of the Greens, Independent ACT senator David Pocock and the Jacqui Lambie Network in the Senate. The Coalition voted to reject the bill, saying while it supported household assistance it opposed the intervention into the gas market. 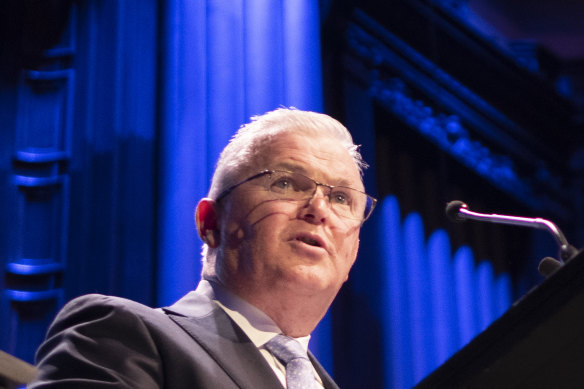 Opposition leader Peter Dutton slammed Labor’s plan as “catastrophic energy policy” that was sowing the seeds for future price increases by creating uncertainty in the market, while Albanese said the Coalition had voted for higher power prices.

Greens leader Adam Bandt, who secured a deal with the government to introduce a consumer electrification package next year to transition away from gas appliances, hailed the measures as “the beginning of the end for gas”.

The government championed the passage of the legislation as measures that would take the “sting” out of power price hikes for Australians next year, claiming household bills will increase by $230 a year less than the October budget forecast. But the Treasury modelling this calculation is based on has not been released.

Australian Energy Regulator chair Clare Savage said the foreshadowed intervention had already had a tangible impact on the price of wholesale electricity supply contracts — those bought by energy retailers in advance to supply their customers — which had fallen up to 50 per cent in NSW and Queensland since the October budget.

Speaking on ABC radio, she said it was too early to say whether the $230 bill reduction figure was accurate, but said the current trading of contracts for next financial year suggested it would be in line with that estimate.

Ai Group chief executive Innes Willox said the legislation was flawed but necessary to “soften the blow to Australia from events in Europe,” but warned that price caps were not a long-term fix and energy were set to face significant cost increases next year.

The deal, which commits to delivering 157 petajoules of additional domestic gas – about 25 per cent of annual east coast demand – during 2023, was brokered in September following a forecast from the national consumer watchdog that the eastern seaboard was facing a 56-petajoule shortfall.

However, Shell this week said it was forced to suspend its sales process for new gas supplies under the deal because of uncertainty about whether it would be in breach of the government’s new regulations, including the price cap and a mandatory code of conduct. The minister’s meeting with the producers did not achieve an outcome, and consultations over the future of the pact are set to continue.