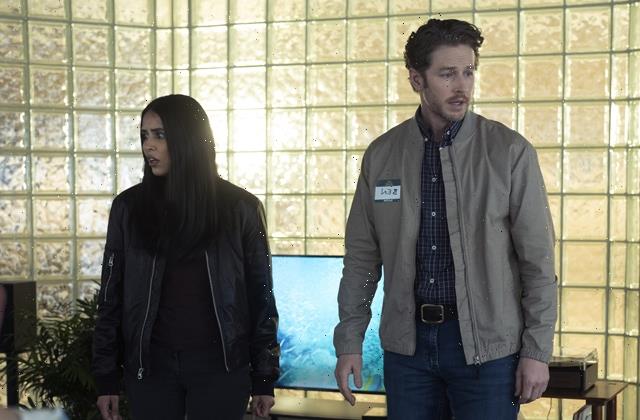 Part 1 of Manifest‘s fourth and final season ended with one of the most devastating TV deaths of the year.

Zeke, overhearing Olive and TJ discuss how essential Cal was to saving humanity, took matters in his own hands. As Cal lay on his deathbed, the empath used his powers to — SPOILER ALERT — absorb Cal’s leukemia, sparing the teen’s life and sacrificing his own in the process. And while a weeping Ben held his son, grateful that he was still alive, Michaela mourned her now-deceased husband at the edge of the bed.

Josh Dallas, who plays Ben, tells TVLine that Zeke’s death will only bring the Stones closer together as they work through their grief. “Once we see Part 2 of Manifest’s [final season], there’s going to be a reason why they may be separated for a bit of time,” he shares. “But I think it’s going to bond them closer together. It will be a level of grief that Ben will understand and will try to help guide his sister out of, but he also knows that she needs to deal with it in her own way as he did.” 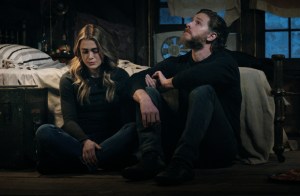 With 10 more episodes left in the series — a premiere date for Season 4, Part 2 has yet to be announced — the actor teases “more twists and turns” to come, and ultimately, “where our characters end up is going to be surprising.”

Some of that uncertainty stems from how the 828 passengers will handle Angelina, who in the finale absorbed the sapphire and emerged from the church looking like doomsday personified.

“I think she is fully capable of sinking the Lifeboat and will try her hardest,” Dallas notes. “For Ben, and for the rest of the Stone family, I think there is an element of trying to understand Angelina’s darkness to understand their own goodness and understand where her motivation and anger comes from. Ben tries to do that to figure out his own place in this story. She is fully capable, and a big, big threat to not only the Stone family but to the world now.”

The 828ers might be facing end-of-the-world stakes, but there’s at least one silver lining: You’ll get to see more of the old Ben. The widower spent the first half of Season 4 grappling with the pain of Grace’s murder and Eden’s shocking abduction. With his missing daughter now returned and his son presumably cured of his illness, the grieving dad just may get his groove back.

“As we go forward in the story, you start to see the old Ben come back more, although changed from this journey that he’s gone on,” Dallas teases. “I think his heart does start to open.”

Are you rooting for a Ben and Saanvi romance on Manifest? What do you hope to see in Season 4, Part 2?