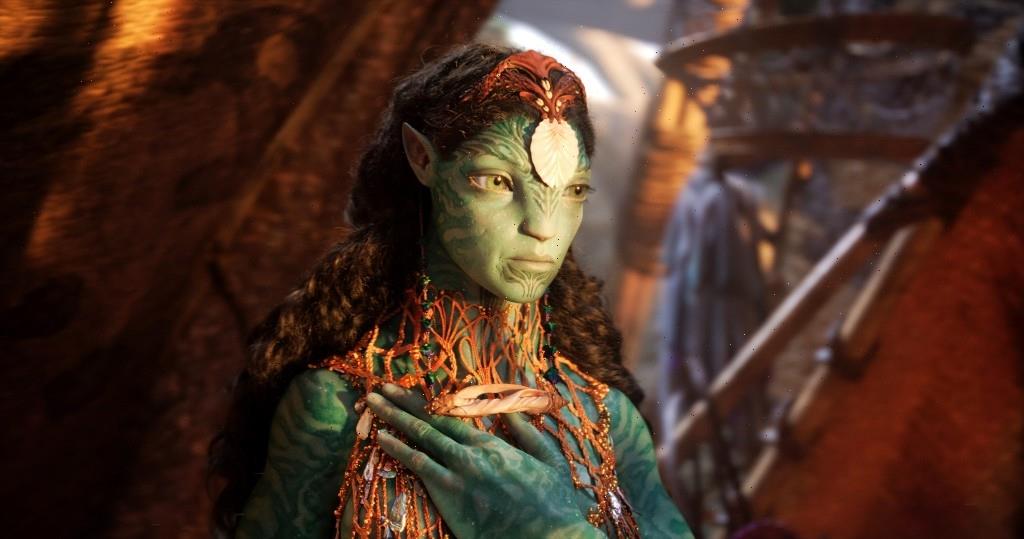 James Cameron’s “Avatar: The Way of Water” is jam-packed with extraordinary visuals that moviegoers have never seen before on the big screen. For the Oscar-winning director, the sight of a pregnant woman marching into battle is one of them. Speaking to Robert Rodriguez as part of Variety’s “Directors on Directors” series, Cameron spoke about the female empowerment in his long-awaited “Avatar” sequel.

“It grabs you by the throat with story and characters that you love from the beginning,” Rodriguez told Cameron about the film. “I was really taken by the fact that Neytiri hunts while she’s pregnant. And then you have one of the characters go into battle pregnant. Why was that important?”

“Everybody’s always talking about female empowerment,” Cameron said. “But what is such a big part of a woman’s life that we, as men, don’t experience? And I thought, ‘Well, if you’re really going to go all the way down the rabbit hole of female empowerment, let’s have a female warrior who’s six months pregnant in battle.’”

“It doesn’t happen in our society — probably hasn’t happened for hundreds of years. But I guarantee you, back in the day, women had to fight for survival and protect their children, and it didn’t matter if they were pregnant,” Cameron continued. “And pregnant women are more capable of being a lot more athletic than we, as a culture, acknowledge. I thought, ‘Let’s take the real boundaries off.’ To me, it was the last bastion that you don’t see. Wonder Woman and Captain Marvel — all these other amazing women come up, but they’re not moms and they’re not pregnant while they’re fighting evil.”

Included warriors who are mothers and pregnant is one of many ways Cameron ensured “Avatar: The Way of Water” would stand in contrast to the onslaught of comic book movies that are released each year. The director told The New York Times in October that he really wanted his protagonists, Jake Sully (Sam Worthington) and Neytiri (Zoe Saldana), to have to wrestle with being heroes while being parents.

“When I look at these big, spectacular films — I’m looking at you, Marvel and DC — it doesn’t matter how old the characters are, they all act like they’re in college,” Cameron said. “They have relationships, but they really don’t. They never hang up their spurs because of their kids. The things that really ground us and give us power, love, and a purpose? Those characters don’t experience it, and I think that’s not the way to make movies.”

“Avatar: The Way of Water” opens in theaters nationwide Dec. 16 from Disney. Watch Cameron and Rodriguez’s full “Directors on Directors” conversation below.