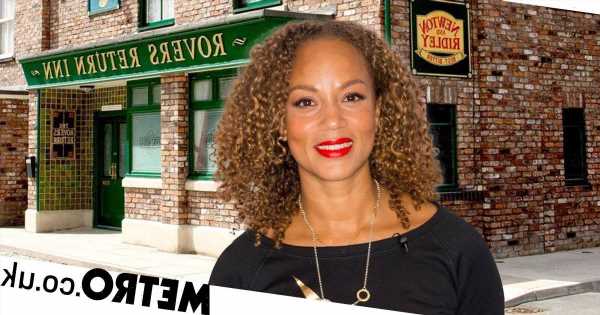 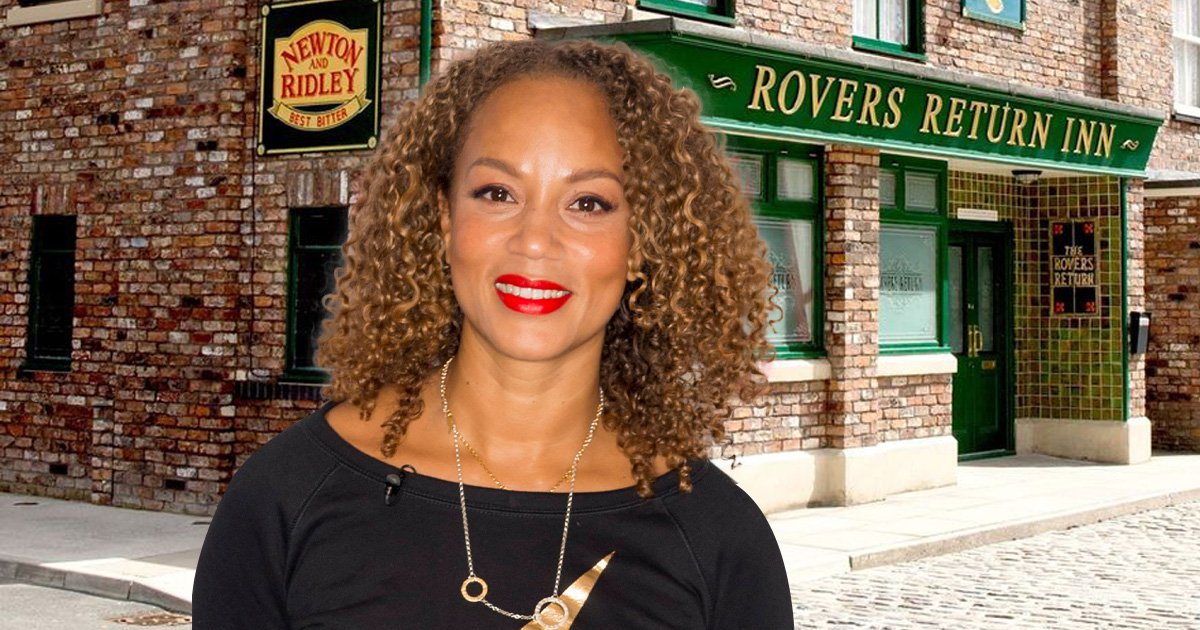 Coronation Street fans with a good memory will recall icon Angela Griffin returning to her role as Fiona Middleton back in 2019 for a brief stint that saw her video calling daughter Emma Brooker (Alexandra Mardell).

However, that stint was initially intended to be a much longer one, Angela exclusively revealed to Metro.co.uk.

‘When we first talked about it, it was going to be for a bit longer but then things didn’t work out, timings didn’t work out so the story had to be adapted and changed because they really wanted Ali Mardell’s character to be mine and Simon Gregson’s. So the only way around it was to do the Skype call.

‘It was lovely. It’s a different studio. It’s a much bigger machine than when I was there before. There’s not many people there who I know any more, apart from all the makeup department who instantly burst into tears. It was a really lovely place to just dip my toe into for a little while. It was a springboard for Ali Mardell’s character to have that storyline. She’s incredible.’

The idea to bring Fiona back came about because of some fan theories posted on the internet.

Angela explained: ‘There were a few videos on YouTube about “do you think she could be the love child of Steve?” and I think they went, “that’s a good idea actually”. So there was a phone call from the producer to my agent to say would I be willing to do that story and I was like, “I’d love to do that story”. But unfortunately it became Skype as opposed to me click-click-clacking back down those cobbles.’

With her last stint in the show being so short, Angela is open to the possibility of returning to Corrie.

‘Never say never! Who knew I’d be back at Waterloo Road 17 years later?’

The actress is currently reprising her role as Kim Campbell in the BBC drama, which returns on January 3.

According to Angela, the fan reaction to Waterloo Road’s return has been ‘mega’.

‘On the day I found out I was going to come back, I was on the phone to my agent. I know exactly where I was. I was walking in London, just by Carnaby Street on the phone and it was like, “right, we’re going to do this aren’t we? We’re going to accept it”‘.

Discussing the very memorable moment, she added: ‘And as I walked past, there’s all these steps and I heard, “Miss Campbell! Miss Campbell!” I turned round and there were these guys, they must have been like 30 years old, looking down and saying, “Oh wow! It’s Miss Campbell, man! We love Waterloo Road! Bring that back!” and I was on the phone going, “can you hear this?”.’

‘The fan reaction has been above and beyond what I ever thought it was going to be. There’s always been a following, and in my socials inbox there’s always people going, “We love it, we always wanted it to come back”. I get quite a few for Cutting It as well. But when it got announced that it was coming back it was just flooded.

‘I was on the tube the other day sitting with my 15-year-old and there were these girls staring at us and I thought they must be looking at my 15-year-old, because they were about 15. And then they said, “Excuse me, are you from Waterloo Road?” I said, “Yes, but you weren’t born when I was in it”. They said, “We watched it all on the iPlayer”‘.

‘The fact that we’ve got the younger viewers there already from iPlayer, the 30-year-olds who watched it the first time round who can’t wait, and the people my age. I just hope it lives up to expectations!’