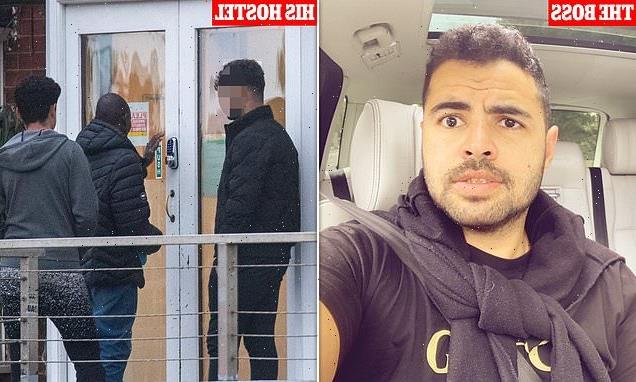 Investors are raking in millions of pounds a year from the taxpayer by buying run-down hotels to turn them into migrant hostels, the Mail can reveal.

One ‘opportunistic’ firm stands to make up to £11million a year after buying four hotels.

Another company is also set to make big profits after buying 12 hotels in under two years.

The companies have been accused of taking advantage of Covid lockdowns – which decimated the tourism industry – to pick up hotels cheaply. 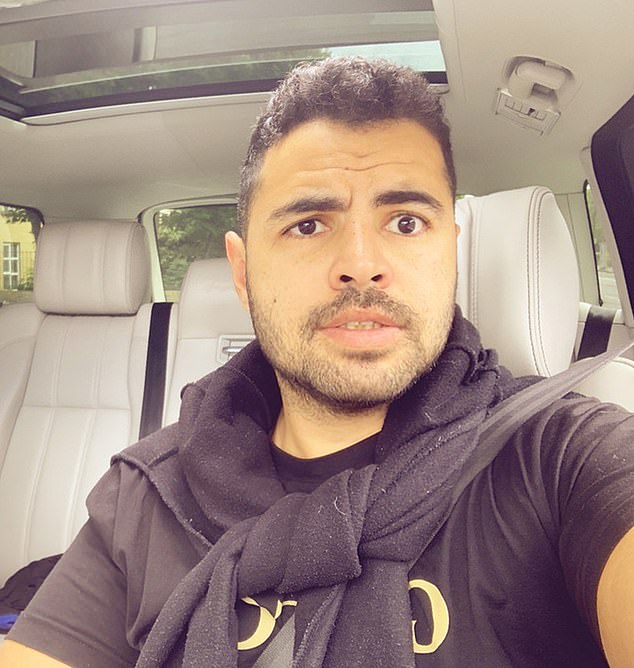 Managing director of H&H Hotels, Egyptian Hassan Arif, 32, could be making the hotel firm up to  £11million a year from renting out rooms to the Government, paid for by the taxpayer

They are then closed to the public before being handed over to Serco, the private company responsible for housing the hundreds of migrants who arrive in Britain every day.

There is no suggestion the firms have done anything illegal. But their business model poses further questions about the Home Office’s handling of the migrant crisis.

They include the three-star Chatsworth Hotel, which is home to 56 men; the Sun Hotel, also three star, which houses 32 men; and the 40-bed Leisure Hotel nearby. The County Hotel has 51 migrants.

Another H&H hotel – the 29-bed Rose and Crown in Wisbech, Cambridgeshire – closed to the public in November with asylum seekers arriving days later.

The local council sought a High Court injunction to stop it being used for migrants but failed.

The Home Office pays up to £150 a night per migrant, meaning H&H could make £11million a year from renting out rooms to the Government. 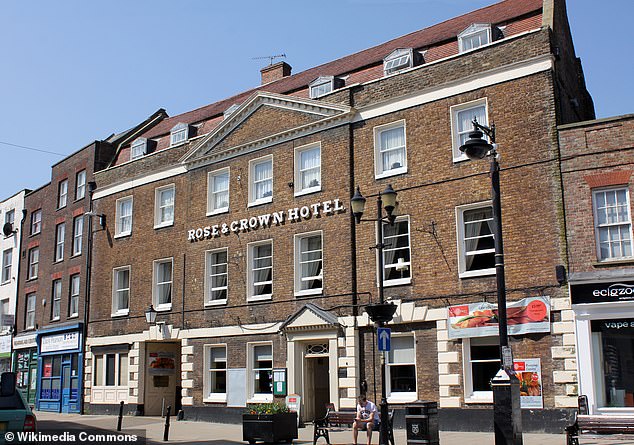 Another H&H hotel – the 29-bed Rose and Crown in Wisbech, Cambridgeshire – closed to the public in November with asylum seekers arriving days later

H&H has also set up companies to manage hotels in Brighton and Eastbourne in Sussex and Blackpool in Lancashire.

It runs another hotel in Great Yarmouth, Norfolk, and one in London, which is being used to house migrants – meaning the amount the firm is making could be even higher.

H&H Hotels was set up in December last year. Managing director, Egyptian Hassan Arif, 32, is listed as director of 17 companies. Craig Leyland, leader of East Lindsey District Council, which covers Skegness, said: ‘The company H&H have been buying up these hotels across the country. It’s opportunistic.

‘They have sniffed out that the Government is throwing a lot of money at this and for a year or twos’ investment they can make a very good return – they have done their sums.

‘The issue is that the Home Office is throwing quite considerable money at this so it is an attractive business model.

‘As leader of the council, I fully understand that the Home Office is under tremendous pressure to solve this.

‘My issue is the processing of asylum seekers is taking too long.’

A second businessman, Na’im Anis Payman, 28, has also bought property in Skegness – one of at least 12 hotels he snapped up in the last two years.

At least three of the properties are currently or have previously been used to house asylum seekers.

At a fourth, the Maycliffe Hotel in Torquay, Devon, live-in managers Miles and Roxanne O’Lord, who had run the hotel for 14 months, claimed they were given two weeks’ notice to vacate by the company Payman Club.

They said they were told the hotel was being closed to the public and used to house asylum seekers but they do not appear to have moved in.

In November, 40 aslyum seekers moved into The Royal Hotel in Kettering, Northamptonshire, to the anger of local Tory MP Philip Hollobone, who said Home Office minister Robert Jenrick should resign over the matter.

Mr Payman is of German and Iranian descent. He grew up in Albania before moving to the UK and studying at Cambridge.

He retains strong business ties to Albania. On his website he tells how he set up Payman Club while studying natural sciences at Cambridge.

It provides short-term accommodation in Cambridge and Oxford. After graduating, he oversaw the growth of the company to areas across the UK and further afield.

Mr Payman also declined to comment last night but insisted he was not paid the rate of £150 a night to house each migrant.

Official figures show there are currently almost 50,000 asylum seekers and refugees being housed in 140 UK hotels at a cost of £6.8million a day.

The trend is happening across the country with hotels closing suddenly to the public to make way for asylum seekers.

Councils have criticised the Home Office for failing to consult properly or inform residents in the area.

But the rewards can be huge. One hotelier who recently sold up said he was offered £1.5million a year from the Home Office compared to the £57,000-a-year profit he usually made.

A Home Office spokesman said: ‘The asylum accommodation system is under enormous pressure.

‘Decisions on members of the public who are temporarily residing at hotels and staffing are a matter for the hoteliers and the Home Office instructs providers to carry out thorough diligence checks before any site is used.’