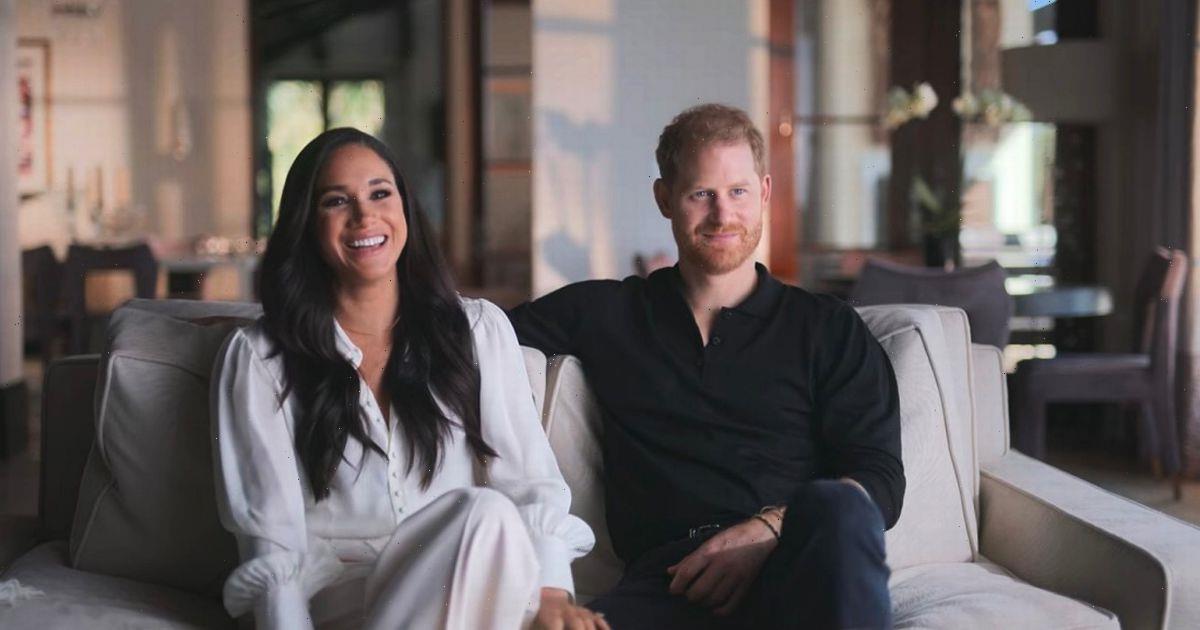 As well as sharing rare pictures of the family, home video footage, and even text messages between the couple for the first time, they’ve also given fans a glimpse inside the multiple homes the Sussexes have lived in together over the years including Frogmore Cottage and the Montecito mansion in California where they currently reside.

The couple’s modern kitchen featuring a large island and Archie’s nursery, that is clear of the clutter most toddler’s accumulate, are both shown in the documentary.

When Harry and Meghan were first married, they moved into Frogmore Cottage in the grounds of Windsor Castle. A £2.4million renovation was undertaken to turn the property into their dream home.

While they didn’t spend long in the UK, moving to LA in March 2020 after spending a few weeks in Canada, the docuseries has provided an insight into the renovation works and shown the modernisation of the interior design.

One black and white photograph shows Meghan sitting on the marble-topped island in the centre of the kitchen.

The herringbone wooden flooring and rustic brick feature walls are visible in the background as she kisses her husband who is leaning against the opposite countertops.

A second clip shows Prince Harry in the garden of the cottage, on a tree swing similar to the one gifted to Prince William and Kate Middleton by King Charles.

After leaving the UK, the couple first stayed in an £11million mansion in Vancouver Island, Canada.

They now live in an 18,671 sq ft home in Montecito, California. The sprawling property isn't too far from LA, where Meghan used to reside, which is just 90 miles south.

The mansion boasts nine bedrooms and 19 bathrooms, as well as a private cinema, gym, swimming pool, spa, and wine cellar.

It also has a separate guesthouse for Meghan’s mother Doria to stay when she visits.

Several shots including to-camera interviews reveal the interior of the mansion, showing off Meghan and Harry’s decor and taste.

Sticking to neutral tones, plush rugs decorate hardwood floors and plenty of plants are seen indoors and out.

There’s even a bird feeder on the terrace.

Viewers also get a glimpse of Archie and Lilibet’s nursery, with another black and white image showing Meghan with her son on her lap as she reads him a story.

Not just a home for the couples two children, their dogs can also be seen throughout the docuseries in the background and also front and centre of various clips and photos.