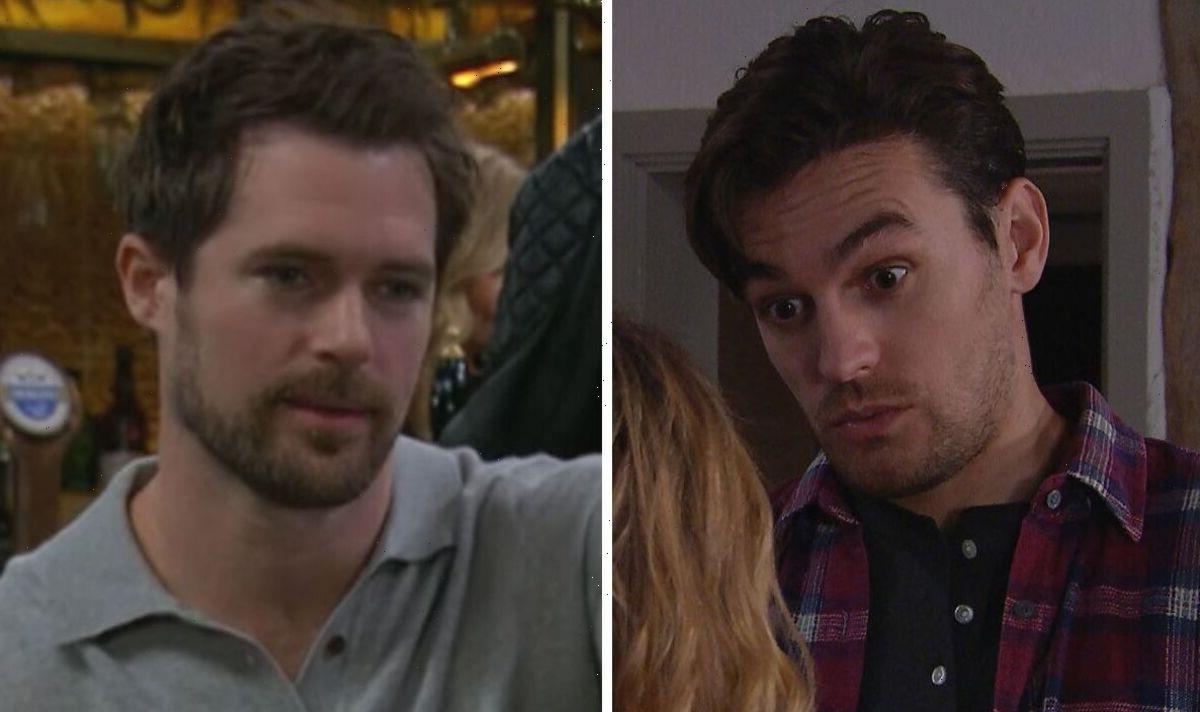 During Thursday night’s hour-long special of Emmerdale, newcomer Darren (played by Kyle Pryor) seemed to try his luck with Belle Dingle (Eden Taylor-Draper) in the Woolpack before she knocked him back. However, Mackenzie Boyd (Lawrence Robb) was close by and questioned why Darren was still in the village. His attention soon turned to the poker game and Mack was quick to convince the newcomer to play against Vinny Dingle (Bradley Johnson).

However, following the episode, many fans took to social media to share their thoughts on who Darren really is and why he is in the village.

Many believe he can’t be trusted, while others think he might “strike a deal” with Mack.

One fan even believes Darren and Mack will have a fling.

Caitlin wrote: “Vinny the idiot. And what’s Mac playing at he’s going to get Vinny screwed over by that smart a**e that’s turned up.” (sic)

“I wonder if Mack might strike a deal with Darren?” Ryan later said before adding: “I don’t trust Darren #Emmerdale.”

Michelle Jones predicted: “Darren will soon be either sleeping or conning his way through the thick as mince village #Emmerdale.”

“I need Darren to stay clear of Belle,” Emma went on to warn.

Chris P questioned: “if Kim has bounced off this t**t Darren why is he pointlessly hanging around unless it’s part of a daft subplot with Vinny.”

Dion tweeted: “What does Mackenzie want with this guy.”

Emmerdale returns on Friday at 7pm on ITV.