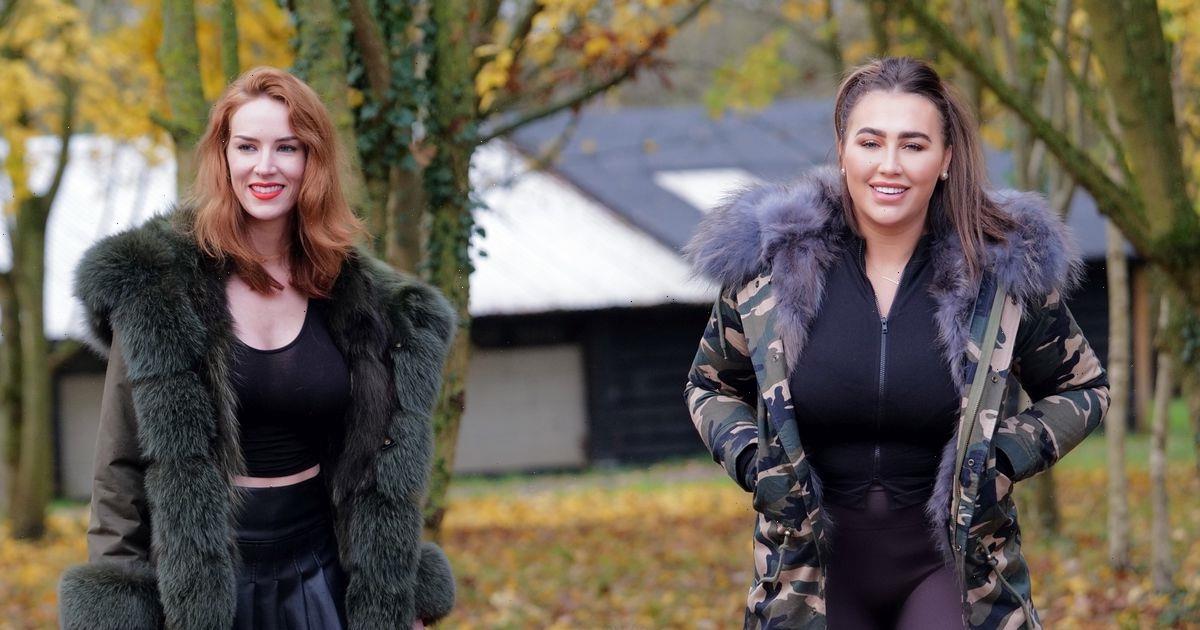 Reality star Lauren Goodger has had some much-needed downtime with her daughter Larose and her dogs.

The TOWIE star has had a difficult year following her split from long-term partner Charles Dury and the tragic death of their daughter Lorena, who died shortly after birth.

However, the mum-of-one appeared in high spirits as she went on an autumnal walk with her family and a close friend, Charlotte.

Wearing a camo coat lined with faux fur, a trendy black zip top and burgundy leggings, the reality star looked chic as she wrapped up against the cold.

Always camera-ready, Lauren also wore a high ponytail which also her to show off her beautiful makeup with its bronzy hues that complimented her tan. Her daughter Larose looked adorable in her pink wellies and her khaki coat with it shirling lining.

The afternoon was some much need break for Lauren, who moved into her old home at the end of October.

Having only just moved, Lauren has already begun renovations to the property and is focusing her attention one-year-old Larose’s room.

The reality star told fans on Instagram that the move was part “fresh start” for her and her daughter, after a heart-breaking year for Lauren.

Her second child, Lorena, tragically passed away moments after being born due to complications during her birth.

Shortly after that, Lauren and her long-term partner Charles Dury split.

The influencer was then allegedly assaulted by her former partner on the day of Lorena’s funeral, with Charles being arrested and then bailed over the incident.

Since then, Charles has begun dating one of Lauren’s closet friends.

After pictures emerged of the two together, a source close to Lauren said: “Lauren doesn’t care that Charles is dating in the slightest, but the fact it’s someone she considered a confidante.”

This is particularly painful for Lauren as she mourns the loss of not only her daughter, but also her former boyfriend Jake McLean, who died in a car accident in Turkey earlier this year.

Jake had been close to several of the TOWIE cast members, including Sam Mucklow and Yazmin Oukhellou – who he’d been dating at the time. After such a horrendous year, Lauren will be keen to make some happier memories with her daughter.

The 36 year old recently shared a picture of her and her daughter visiting Selfridges together, with her other mummy friends and their children.

Dressed in a monochromatic outfit with a black top and leggings, she posed outside the iconic London store with her loved ones.

In caption, she wrote: “My friends, my god children, my daughter…I love you all.”