There’s no getting around it: talking about representation in movies these days is a sticky, tricky subject. But is it OK to admit that when Michelle Williams rattles off a “dahlink” to her brood and Anthony Hopkins instructs his grandson to “be a mensch” in his Welsh brogue, things are a little weird, nu?

There are many examples of what Sarah Silverman called “Jewface” on her podcast last year. (A representative from the Anti-Defamation League declined to comment for this piece, though they may have bigger fish to fry right now.)

We’ve watched Adam Driver go hard in “BlacKkKlansman” and Rachel Brosnahan bring that shiksa sparkle to “The Marvelous Mrs. Maisel.” In “Shiva Baby,” the biggest surprise is that Dianna Agron is Jewish and Rachel Sennott is not. There’s also Steve Carrell in “The Patient,” Rachel McAdams in “Disobedience,” Felicity Jones in “On the Basis of Sex,” almost everyone in “Transparent,” Oscar Isaac in “Scenes from a Marriage,” Helen Mirren in “Golda,” and Daniel Craig in “Defiance.”

As a Jewish person with family ties to New York, I grew up hearing the accents, cadences, and Yiddish phrases that inform so much of the Jewish sense of humor and cultural identity. By the time I was ten, I could identify lines from Mel Brooks, Groucho Marx, and Henny Youngman, and sing along to Barbra Streisand and Bette Midler without missing a beat. My grandmother told blue jokes set at retirement homes, and my aunt carefully preserved the joke in her brisket recipe.

In talking to other Jews about these casting instances, it’s clear that there’s an ineffable quality missing from these performances. It comes from the older people you knew as a kid, the accents you heard on the phone, the warnings of “when I’m dead…” An actor can look Jewish and study their accent tapes, but there’s always something a little bit off.

A common refrain I hear from other Jews about these performances: “I just didn’t buy it.”

“Sometimes, there’s a thing that’s just unbelievable,” said Laura Shaw Frank, who serves as director of the contemporary Jewish life department at global advocacy organization the American Jewish Committee. While much was made of the casting (and then re-casting) of Fanny Brice in the recent Broadway revival of “Funny Girl,” avid theater lover Frank recalls being most shocked by Jane Lynch’s performance as Fanny’s mother, Rose. 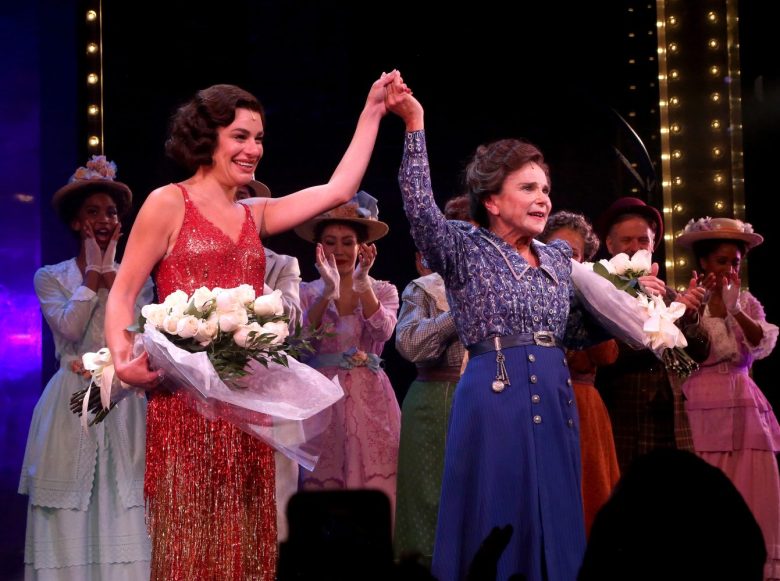 “I have to tell you, I sat in that audience and I was like, that woman is not an Eastern European Jewish mother, you can’t make me believe that,” she said. “It was so jarring that the show was over for me … As someone who is the granddaughter of Eastern European women, it felt like the role was being wronged.” When Tovah Feldshuh replaced Lynch in September, Frank returned with her kids. “It was a very different product,” she said.

To my mind, there’s no substitute for the particular kind of neurotic malaise Michael Stuhlbarg brought to Joel and Ethan Coen’s “A Serious Man,” which effectively launched his mainstream career. The Oscar-nominated Holocaust drama “The Pianist” did the same for Adrien Brody, whose unique look might have hindered his success without that tour-de-force debut. On the comedy side, the blended-family culture clash of “Meet the Fockers” would never have worked without Barbra Streisand and Dustin Hoffman as Ben Stiller’s kooky and doting Jewish parents.

There’s a number of eerie similarities between Steven Spielberg’s “The Fabelmans” and James Gray’s “Armageddon Time.” Both films are period family dramas from revered male filmmakers loosely based on their own childhoods. Both deal with anti-Semitism, the Jewish family unit, and the path to becoming an artist.

Both films also cast non-Jews in almost all major roles. Michelle Williams and Paul Dano play odd-couple parents in “The Fabelmans,” and Anne Hathaway and Anthony Hopkins are a mother and grandfather in “Armageddon Time.” They are all wonderful actors, but I think these two films suffer for their casting.

We come in all shapes and sizes and colors, and yes, Spielberg’s mom really did have a jaunty blonde bob. While Williams doesn’t force an accent that could easily have leaned into caricature, there’s something frenetic in her physical choices. As the complicated maternal figure, she’s flighty and occasionally abusive; her one moment to display anything like warmth comes after a tense scene in which she thwacks her son on the back. She’s squinty and sour-faced in her suburban housewife angst, withering like a delicate flower in her loveless marriage.

Williams is touted as a major contender for a Best Actress nomination, that seems more a function of her having a meaty role in a film from a beloved director than by virtue of her overwrought performance. Oscar voters love to see a big star paired with a big director, like Nicole Kidman’s recent “Being the Ricardos” nomination or Scarlett Johansson’s for “Marriage Story.” 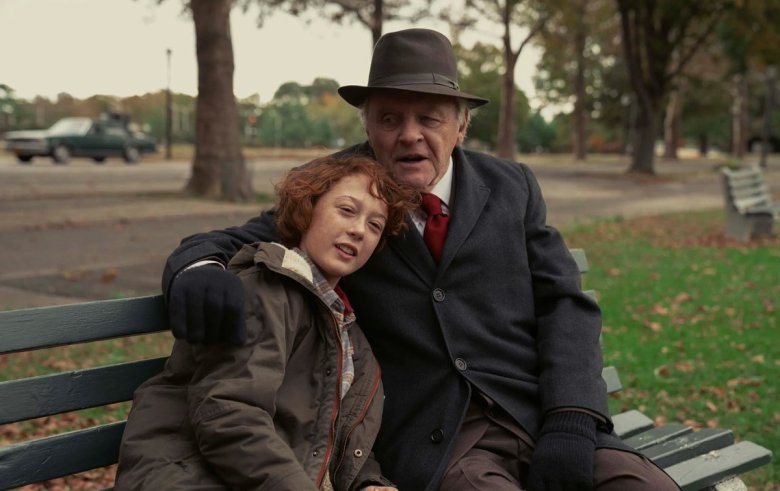 As an assimilationist striver in “Armageddon Time,” Williams’ “Brokeback Mountain” co-star Anne Hathaway also portrays a character who is cold and opaque. (Why do these men hate their mothers so much?) At one point, she holds her hand up to her son’s throat, invoking the many sacrifices she has made for him.

However, it’s Hopkins who really feels out of place as the wise grandfather. He rattles off Yiddish phrases like an American tourist in Italy; is that why the extraordinary actor’s speech about the persecution his Jewish mother faced rings hollow? There’s no immigration timeline that can make sense of his thick Welsh accent.

Jewish filmmakers — any filmmakers — have the perfect right to cast their movies any way they want; they also cast with the box office in mind. But isn’t that part of the problem? It’s no secret that movie stardom upholds a certain kind of look. That’s especially true for women, who must subscribe to a broadly “American” aesthetic of being thin and white with anglicized features.

There are also Jewish actresses who fit this mold, including Natalie Portman, Johansson, and Winona Ryder. Jewish actresses don’t face the glaring lack of opportunities that other minorities experience, but they often change their names to align with Hollywood’s expectations. (Portman was Natalie Hershlag; Ryder, Winona Horowitz.) Even the perception of being Jewish can stunt a career.

Finally, we’re in a time of rising anti-Semitism, when Kanye West posts swastikas to Twitter and Dave Chapelle insinuates “Jews run Hollywood” (a common dog-whistle for anti-Semitism) on “Saturday Night Live.” Accurate representation is more than an aesthetic preference.

“The sense of vulnerability is very real,” said Shaw. “It’s frightening, but also erasing. That erasing lends itself to wanting to be represented in a very authentic way. When there’s a flattening or erasure or denial of certain Jewish truths or pieces of Jewish identity, you want to counter that with resilient positive stories or representations of Jews that are real.”

As it happens, the movie stars didn’t turn “The Fabelmans” or “Armageddon Time” into hits; both saw disappointing theatrical performances. While I think the films were miscast, they faced other issues: I saw “Armageddon Time” as a dirge of a drama with a charmless lead character and an absurdly white-centered perspective on racism. “The Fabelmans” is plotless and drifting, with too little conflict. Donning a mask of suburban faux-happiness, Dano and Williams’ performances seem strangely forced and oddly mismatched in their marital ennui.

Maybe a more Jewish interpretation would have made their loving bickering seem semi-sweet instead of coldly wooden. Instead, we’re left with what my family calls schtick, performances that don a culture like a costume.