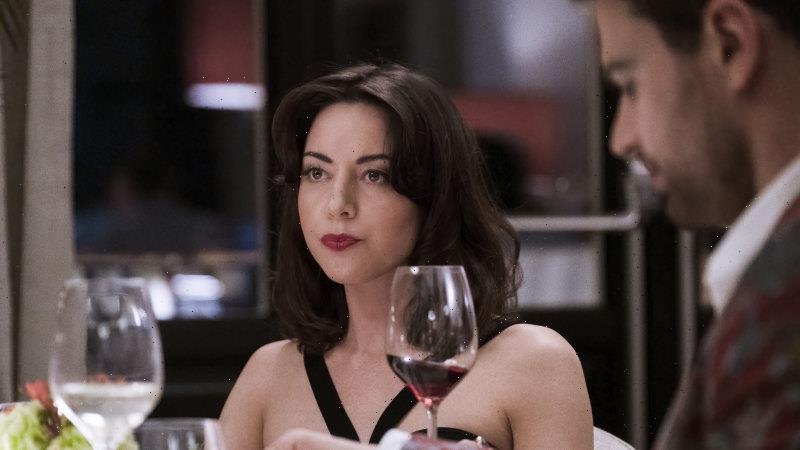 Under a holiday-resort speed limit, in a Fiat you’re only allowed to drive once a week, The White Lotus has been revealing itself slowly enough to send fans into rapture and rumour in equal measure.

But finally, the handbrake is off, and the lines of coke are out as we edge closer to figuring out what the hell is going on over in Sicily. In episode six, Abductions, The White Lotus spins out of control as suspicions take over. 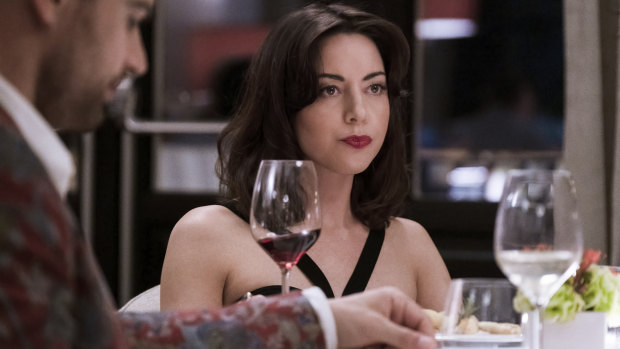 Needless to say, we’re all suspicious of Quentin following the climax (I’m sorry) of last week’s episode, but none more than Tanya (Jennifer Coolidge). She wastes no time telling Portia (Haley Lu Richardson) she doesn’t think Quentin is Jack’s uncle, describing her feelings as “a strong hunch,” possibly the understatement of the century.

Unfortunately, Tanya being Tanya, the minute Quentin (Tom Hollander) strokes her ego by declaring he is throwing a party in her honour, all is forgiven. From the minute Quentin swanned into The White Lotus, all linen pants and prosecco for breakfast, fans have been wary.

Tanya is the ultimate mark; desperate, insecure, and wildly wealthy, so his intense interest in her felt off. 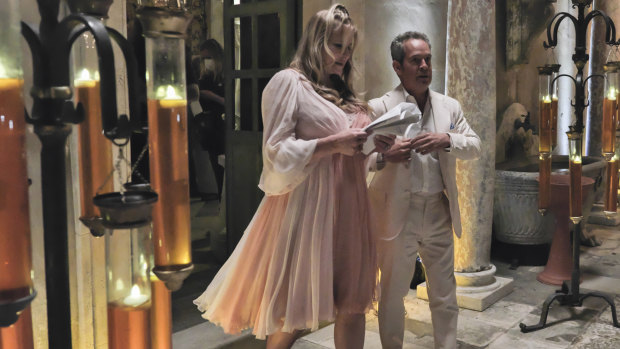 When it comes to Quentin’s infatuation with Tanya, are there ulterior motives at play?Credit:Binge/HBO

When you factor in a popular online theory that Quentin’s Wyoming cowboy is Tanya’s absent husband, Greg (Jon Gries), it’s clear we’ve got a potential situation at this party.

To make matters worse, Portia is off exploring Palermo with Jack (Leo Woodall), unable to keep an eye on her employer. She has yet to piece together what role her holiday fling plays in this potential scam, instead choosing to wander the streets and indulge in a bit of Heavy Life Chat.

“Do you have any goals?” she asks him before admitting that her goal is to “be satisfied.”

Portia’s eternal search for meaning has been pretty palpable since episode one. Still, she is oblivious to the reality that her version of satisfaction is very different from Jack’s, who does what he must to survive.

“If you can’t be satisfied living now, here, you’re never going to be satisfied,” Jack explains to Portia, which is a remarkable bit of insight from someone who also says things like “I f—ing love beer.” 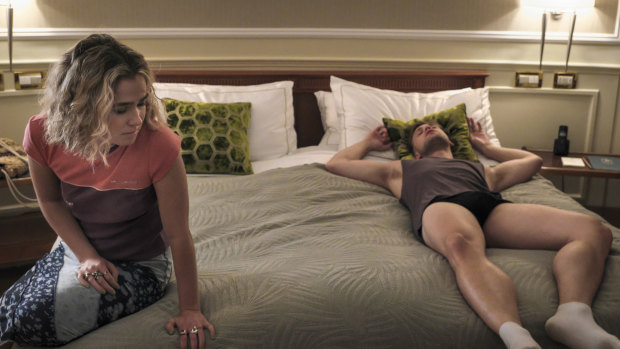 Here lies Jack. He loves his beer, and his “uncle.”Credit:HBO / Binge

Speaking of doing what he must, Jack is clearly running interference for his “uncle,” getting drunker by the minute and purposefully keeping Portia away from the party (and away from Tanya).

Before we can inch closer to Quentin’s true motives, the show’s creator Mike White returns us to the other melting pot of suspicion: Ethan, Harper, Cameron and Daphne. Since Noto, Harper has been driving herself mad trying to decipher what happened, and that madness is rubbing off on Ethan.

“I feel like you don’t believe me; it’s starting to drive me crazy,” Ethan says before dusting off his go-to line: “We’ve always been honest with each other.” 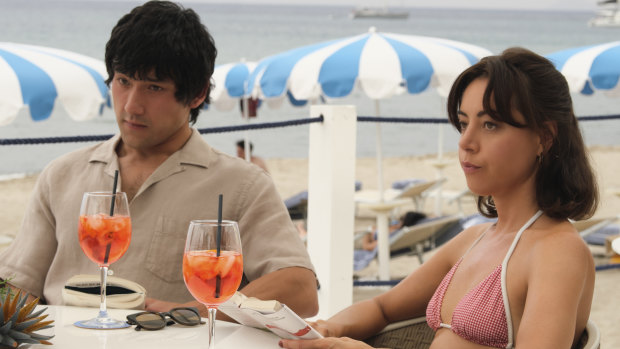 “No, we haven’t,” replies Harper without missing a beat. “We’re not honest about how we’re not attracted to each other.”

Ethan (Will Sharpe) does his best to smooth it over by saying they’ll work on it, but when Harper asks, “Do you even want me?” the best he can offer is: “I love you.”

As we’ve learned, love and lust are not the same thing, and when Harper later spies Ethan talking to Lucia and Mia, all bets are off. Daphne (Meghann Fahy) goes for a massage at the beach, and Ethan takes a swim, leaving the door open for Harper to be alone with Cameron (Theo James). The pair head up to the bar as Ethan watches on, and while we can’t hear what they’re saying, you don’t have to be a body language expert to catch the vibe.

By the time Ethan is done with his dip, Cameron and Harper are gone, and he begins to panic. Ethan has known Cameron and his “mimetic desire” since college: this is a man who views another man’s wife as the ultimate conquest. 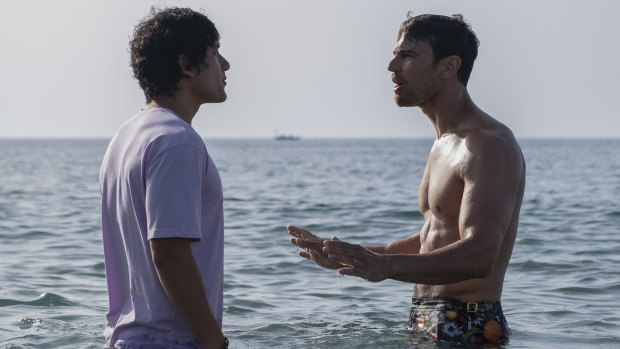 A funny kind of friendship. Ethan is convinced Cameron is making a move on his wife.Credit:HBO / Binge

Ethan finds Harper in their room, and he begins spinning out. Why was the door locked? Why is she suddenly in a good mood? Why is the entrance to Cameron’s room open?

Aubrey Plaza, who has so expertly deployed the scowl this season, switches things up, plastering a knowing smirk on Harper’s face. She plays innocent and may be innocent, but it’s almost a moot point.

Ethan can’t get the thought of Cameron and Harper out of his head, and it’s his turn to drown in suspicion.

With just one episode remaining, the guessing game of who might be killed and who may do the killing is impossible to avoid.

In the foursome, we know for sure that Daphne survives because she’s the one who discovers the bodies, but the rest are fair game. Ethan has enough motive to knock off Cameron; Cameron would trample his mother to save himself, while Harper seems capable of almost anything.

As for the three generations of Di Grasso men, Albie’s increasing infatuation with Lucia could be his demise. Despite his father’s warning, Albie (Adam Di Marco) brings Lucia (Simona Tabasco) along to translate while they search for their Sicilian roots. But her trip is cut short when she gets temporarily abducted by a man she portrays as her pimp, Alessio, and it’s the first time Albie realises he is flirting with a world, and a girl, he knows nothing about.

Back in Palermo, the party is well and truly underway, Quentin plying Tanya with both cocaine and her drug of choice: a guy named Niccolo (Stefano Gianino), “the most well-hung man in Palermo,” to be her date.

Having overindulged on the cocaine, Tanya prepares to overindulge on Niccolo, and the pair sneak away to a room in the villa. Before they get down to it, she sees a framed photo of a younger Quentin.

Next to Quentin is a man Tanya recognises, a younger version of her husband, Greg.

With this information, we can assume that Greg – who has already complained about his prenup with Tanya – is Quentin’s former lover, and they’re working together to access her money.

But before Tanya can process this information, a very nude Niccolo walks in, and not even Tanya can say no to that kind of entrapment. The episode ends with Niccolo on his knees, and it looks like Tanya is seemingly in control.

But at The White Lotus, control is just a matter of perception, and if you squint hard enough, it becomes apparent no one really has a grip.

The White Lotus is on Binge and Foxtel On Demand.