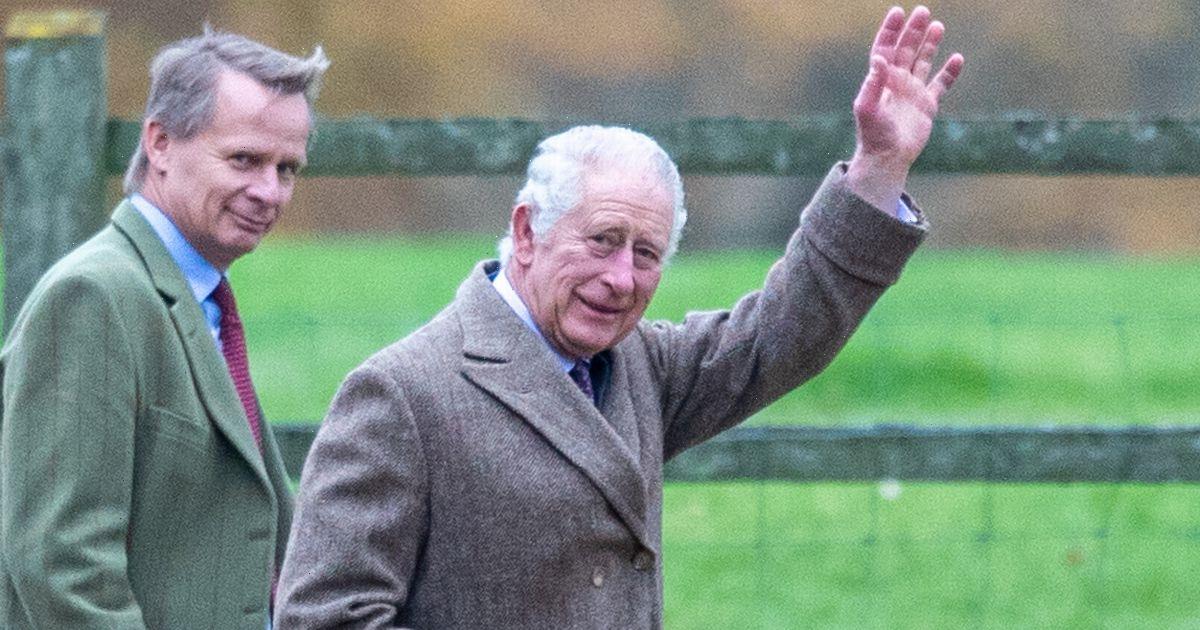 Four days after the trailer for his son's new Netflix documentary was released, King Charles III has been spotted on a solo outing in Norfolk.

The monarch, 74, attended the morning service at St Mary Magdalene Church in Sandringham on Sunday 4 December, where he was accompanied by a friend.

Dressed in a long brown overcoat and matching shoes, Charles made his way towards the church where he was greeted by the Reverend Canon Paul Williams.

As the King exited the church, a member of the public shouted "God save the King!" which instantly put a smile on the monarch's face.

Charles' church visit marked the first time the 74 year old had been seen in public since the release of the trailer for Prince Harry and Meghan Markle's new Netflix documentary series.

Harry, 38, and Meghan, 41, are set to star in a six-part tell-all series, titled Harry & Meghan, where they will open up about their lives and lift the lid on their time with the Royal Family.

The first trailer for the show was released on 1 December, featuring clips of interviews with both Meghan and Harry along with several never before seen snaps of them throughout their romance.

Netflix describe the show as "an unprecedented and in-depth documentary series" where "The Duke and Duchess of Sussex share the other side of their high-profile love story."

A second teaser, released on 5 December, gives viewers a strong insight into the content of the limited series.

In the latest trailer Harry says, “There’s a hierarchy of the family, you know, there’s leaking, but there’s also planting of stories. It’s a dirty game.

“The pain and suffering of women marrying into this institution, this feeding frenzy. I was terrified, I didn’t want history to repeat itself," he shared as images of his late mother Princess Diana are being shown.

The Netflix series consists of six episodes which will be released in two instalments in December.

Volume I will be available on the streaming platform from 8 December, while Volume II, which will be the three final episodes, will be ready to watch from 15 December.