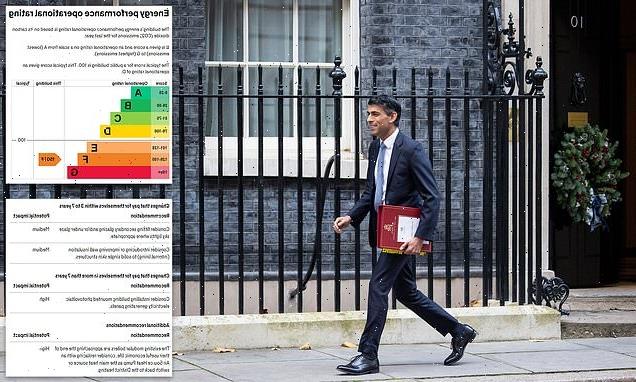 A survey of Downing Street has urged the PM to install solar panels, use draught excluders and replace boilers with a heat pump.

The recommendations were made as the historic buildings at 10-12 – including the flats occupied by Rishi Sunak and Jeremy Hunt – were given a dismal efficiency rating.

They received a score of 150 in the year to June, compared to a typical rating for public buildings of 100. Higher numbers mean emissions are worse.

The findings were accompanied by a host of suggestions about how to improve the performance. They echoed some of the tips that the government has been giving households amid the cost-of-living crisis, such as smart meters and stopping draughts.

No10 said it had followed the advice on smart meters and more loft and wall insulation, and was ‘scoping the viability’ of using heat pumps.

However, Mr Sunak and Mr Hunt will not be affected personally by any changes, as they only pay a taxable benefit on running costs at the grace-and-favour apartments – capped at 10 per cent of their ministerial salaries. 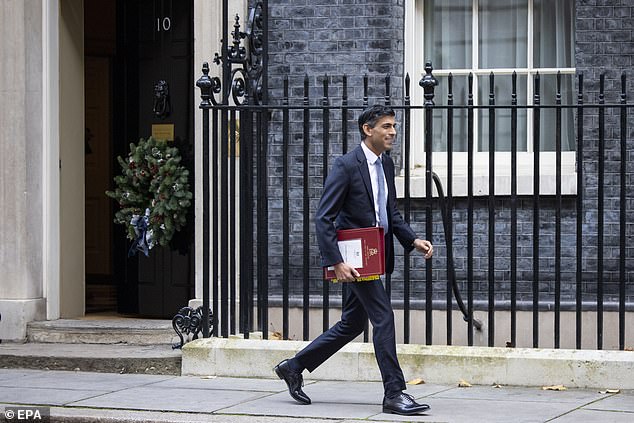 A survey of Downing Street has urged the PM to install solar panels, use draught excluders and replace boilers with a heat pump 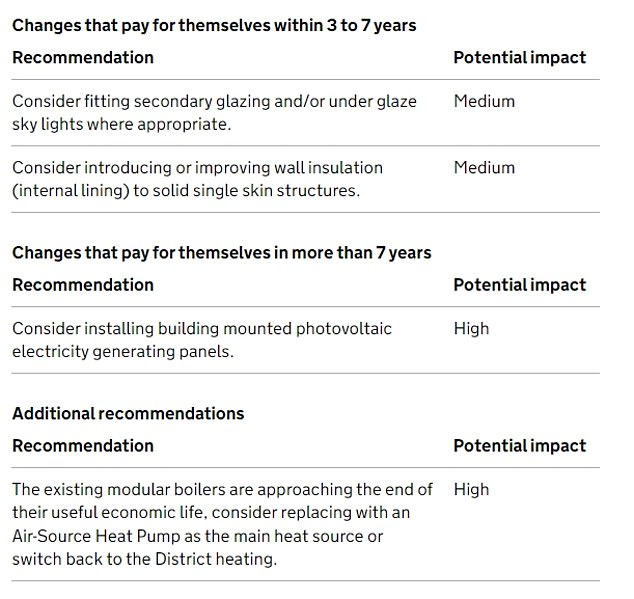 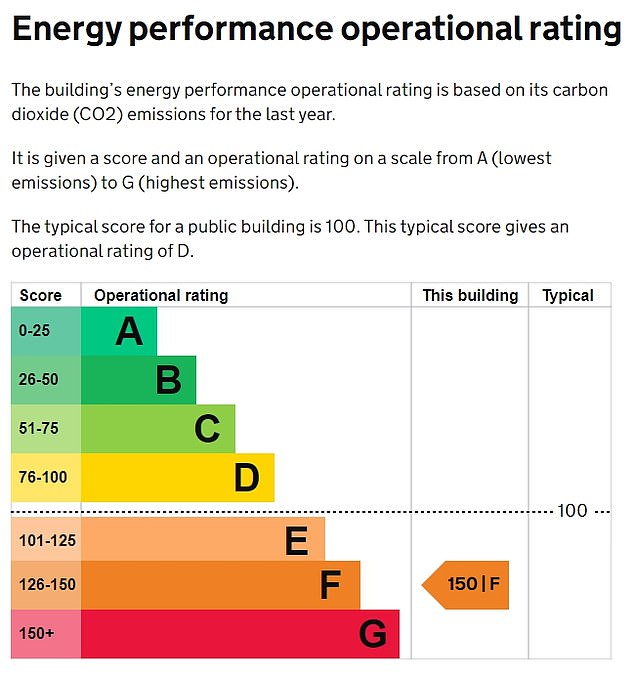 Rishi Sunak and Jeremy Hunt pay a fixed rate for bills at their grace-and-favour homes.

Under government rules, the PM and Chancellor have a tax liability for expenses ‘relating to the use’ of their official apartments, such as heating and lighting.

The value of the benefit is capped at 10 per cent of their ministerial salaries – so not including their MP pay.

Crucially it will not change despite the eye-watering bills for the rest of the country.

Downing Street has previously said it is impossible to separate those costs from the wider ones of running offices and kitchens.

Among the recommendations in the energy report, carried out in May, were: ‘Consider how building fabric air tightness could be improved, for example sealing, draught stripping and closing off unused ventilation openings, chimneys.’

The building managers were also told to look at ‘fitting secondary glazing and/or under glaze sky lights where appropriate’.

Another eye-catching suggestion was to ‘install building mounted photovoltaic electricity generating panels’ – something that could be tricky given Downing Street’s heritage status.

That would have a ‘high’ impact on efficiency, but take more than seven years to pay back the investment, according to the document.

The existing ‘modular’ boilers were said to be ‘approaching the end of their useful economic life’, with the assessor mooting the idea of replacing them with ‘an Air-Source Heat Pump as the main heat source or switch back to the District heating’.

The latest Display Energy Certificate – required for all public buildings – for 10-12 Downing Street shows that they received an ‘F’.

The score had gone up from 106 and an E rating to 150 in the year to June, with higher numbers representing a worse emissions performance. The average public building has a rating of 100, with the lowed ‘red’ level being G.

The reasons for the shift during the final year of Boris Johnson’s premiership are not entirely clear, but the CO2 from heating had spiked by nearly a third from 174 to 226 tonnes.

A Downing Street spokeswoman said: ‘The estate has already taken a number of eco-friendly measures such as full rainwater harvesting system for the gardens and low-energy and motion detecting lighting throughout, whilst preserving the heritage of the listed buildings.

‘In line with the Prime Minister’s ambition for the UK to be a global leader in clean, green technology and sustainable living, No10 looks to build on these measures in the future.’