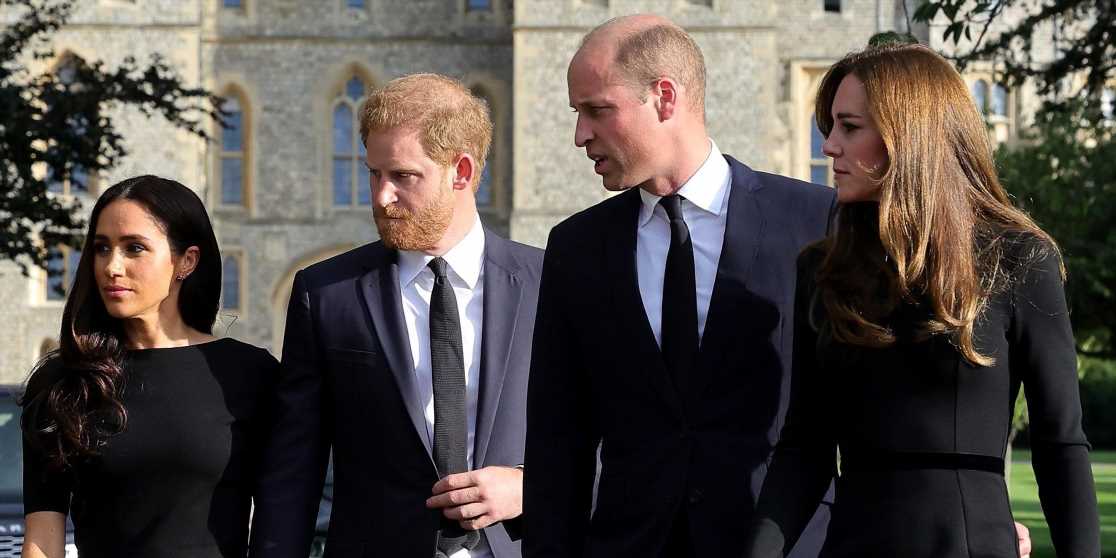 Welp. Looks like the royal feud between Prince William and Prince Harry might soon reach unprecedented levels of omgsrslywtf.

Yeah, we know that happens on the regular these days, especially as tensions between Harry and his wife, Meghan Markle, and The Firm rise on a daily basis as we collectively barrel toward the release dates of the Sussexes’ upcoming docuseries Harry & Meghan and Harry’s memoir, Spare. But, while most of the outspoken/public-facing drama has traditionally come from Team Sussex, it looks like Will and his wife, Kate Middleton, might be *thisclose* to ditching the royal rule about never publicly commenting on commoner problems like family drama.

According to a new report from The Daily Beast, Will and Kate have “reportedly indicated they will fight back against what they see as any unfounded claims Harry and Meghan make” in the Netflix series. It’s not clear exactly what “fighting back” will look like for Will and Kate (probably a very vague and parental press release about how they’re not mad, just disappointed by inaccuracies in the show/some regal shade about how memories can differ), but TBH, any official, on-the-record response from the Prince and Princess of Wales will be *quite* 😮.

FWIW, it does already sound like Will and Kate will do any fighting via their official PR teams and not, tragically, via a televised interview with Oprah (or some BBC equivalent).

“The Prince and Princesses’ team will wait to see what’s in the Netflix series before deciding what to do, but you can see the direction of travel,” a royal source told the Sunday Express, which added that Will saw the fact that the first trailer for Harry & Meghan was released during his and Kate’s recent trip to Boston as a “declaration of war.”

And, if reports about the #content of Harry & Meghan are even partially accurate, it sounds like Will and Kate (and other royals, like King Charles and Queen Consort Camilla) will probably have the urge to fight back against multiple points/revelations made in the docuseries.

“I genuinely think it’s going to be worse than the royals can imagine. I’m told that it’s going to be utterly explosive and will be very damaging… A lot of people are either pro-Sussex or pro-William and Kate, but there’s a belief that this documentary will bring people onside with Harry and Meghan,” a source described as “in contact with a Netflix production insider” (so this is admittedly turning into a game of telephone even among the anonymous ~insiders~) told The Mirror. “The big question is that, whatever the revelations are, who will people side with after seeing the show. It has that feeling like the public will have to choose. Whatever comes out, some people will think that Harry is betraying his family and that it’s unforgivable. But if what finally airs is as seismic as we’re led to believe then it may be good for the Sussexes.”

BRB, going to be busy nervously shoveling fistfuls of popcorn into my mouth from now until I’ve binged Harry & Meghan in its entirety.