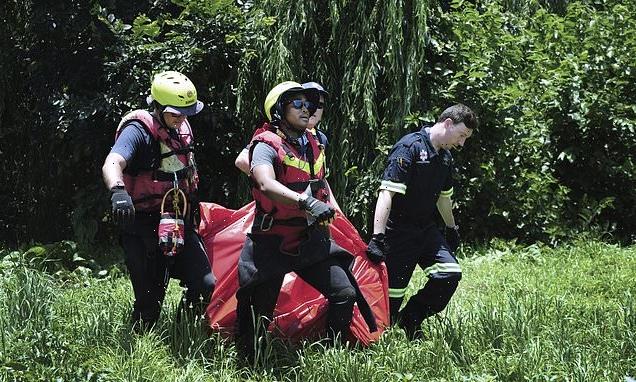 At least nine people died and eight others were missing in South Africa after a flash flood swept away members of a church congregation along the Jukskei River in Johannesburg, rescue officials said Sunday.

A group of 33 worshippers had joined church rituals on the river banks when the flooding stuck on Saturday, said Robert Mulaudzi, spokesman for the City of Johannesburg Emergency Management Services.

The dead and missing were all part of the congregation, officials said.

Rescue workers reported finding the bodies of two victims on Saturday and another seven bodies when the search and recovery mission resumed Sunday morning. 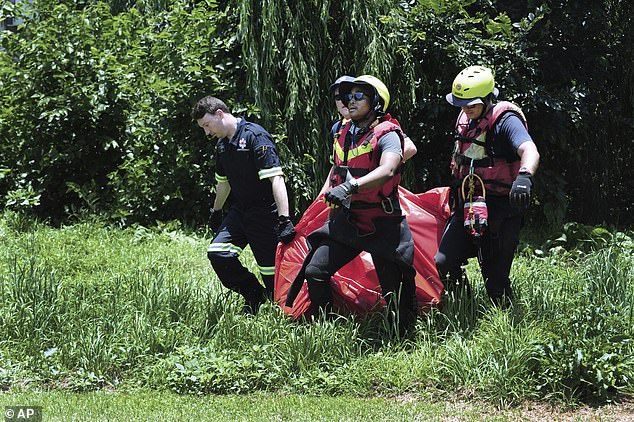 Pictured: Rescuers carry the body of a flood victim that was retrieved from the Jukskei River in Johannesburg on Sunday December 4

The priest who was presiding at the rituals, including baptisms, survived.

Religious groups frequently gather along the Jukskei River, which runs past townships such as Alexandra in the east of Johannesburg, for baptisms and ritual cleansing.

Mulaudzi said Sunday that officials had warned residents about the dangers of conducting the rituals along the river.

‘We have been receiving a lot of rain on the city of Johannesburg in the last three months, and most of the river streams are now full,’ Mulaudzi said during a news briefing. 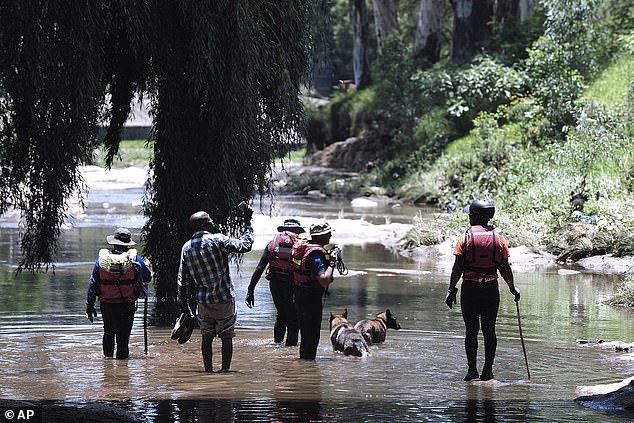 Pictured: Rescue workers search the waters of the Jukskei River in Johannesburg

He added: ‘Our residents, especially congregants who normally practice these kinds of rituals, will be tempted to go to these river streams.

‘Our message for them is to exercise caution as and when they conduct these rituals.’

Rescue workers and firefighters are still searching for the missing people with emergency services indicating chances of finding them alive were fading.

Sudden surges of water are common in this part of Johannesburg, where storms take place almost every night during the southern summer.

Mulaudzi said people had free access to rivers and ‘people practise their religion where they wish. But we must intensify our awareness campaigns to avoid such tragedies’. 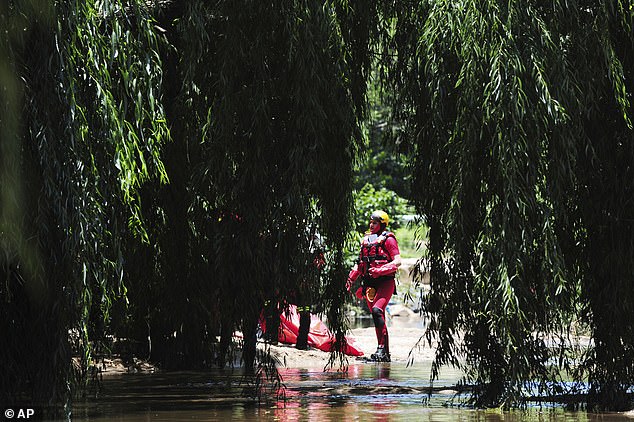 Pictured: A rescue worker stands next to a body retrieved from the Jukskei river in Johannesburg on Sunday December 4

He tweeted footage of emergency crews including a helicopter preparing to resume the search on Sunday morning.

He also shared a video of rescue teams walking along and in the river in the search for victims.

Victor Ncube, who had been taking part in the church service, told local news station eNCA that he managed to pull five people out of the river who had been swept 100 metres downstream.

Others had been carried too far down the river for him to try to save them, he said.