Netflix has released its trailer and key art for The Witcher: Blood Origin at the CCXP event in Brazil, also revealing that Joey Batey will star as Jaskier in the four-part series. It will bow on Sunday, December 25.

Set in an elven world 1200 years before the world of The Witcher, Blood Origin will tell the tale of the creation of the first prototype Witcher, and the events that lead to the pivotal conjunction of the spheres, when the world of monsters, men, and elves merged to become one. 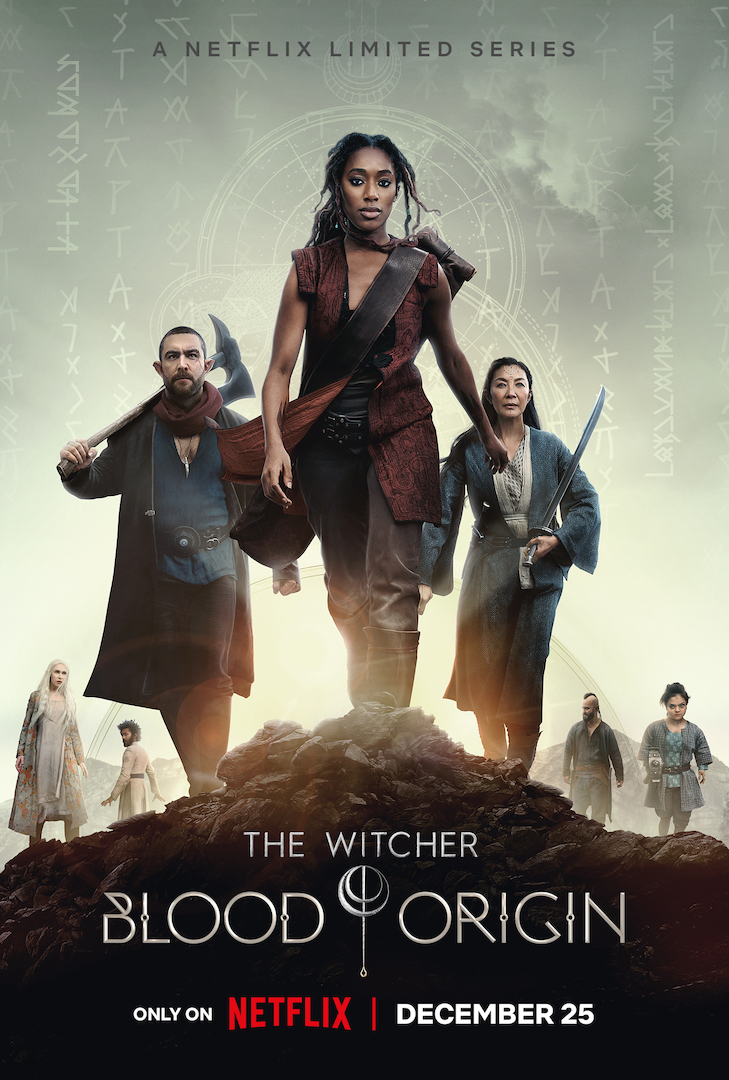 Declan de Barra is the writer and showrunner for the series, which is directed by Sarah O’Gorman and Vicky Jewson and executive produced by Lauren Hissrich, Matt O’Toole, Platige Films (Tomek Baginski & Jarek Sawko), and Hivemind (Jason Brown & Sean Daniel).