An aggressive parent who verbally abused school staff in the presence of primary students and parents, swore at a child and then defied three requests to leave the school grounds has been restricted from visiting or contacting the school for 12 months.

The year-long ban followed a written warning from the principal to the parent not to be aggressive and rude to teachers. 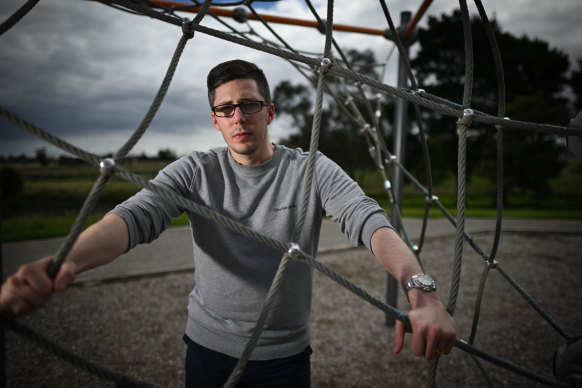 Primary teacher Michael Pace said he felt unsafe at his school after being threatened by an aggressive parent. Credit:Eddie Jim

The ban, issued in September, is one of the first cases of a principal enforcing Victoria’s new school community safety orders, which empower them to ban parents and carers who threaten staff or interfere with school operations from visiting or contacting the school, except under strict conditions.

Details of the early cases, which have been released to The Age under freedom-of-information laws, reveal that two orders given so far followed incidents in which the principal called police to remove an aggressive parent from the school grounds.

The orders, which have been in place since the beginning of term 3, were introduced in response to concerns by school leaders about a rise in aggressive and abusive behaviour by parents.

In the first six months of this year, before the school community safety orders took effect, WorkSafe accepted 22 claims from teachers that involved occupational violence and aggression, including being abused, threatened or assaulted, encompassing spitting, swearing, abusive language, gendered violence and physical assault. 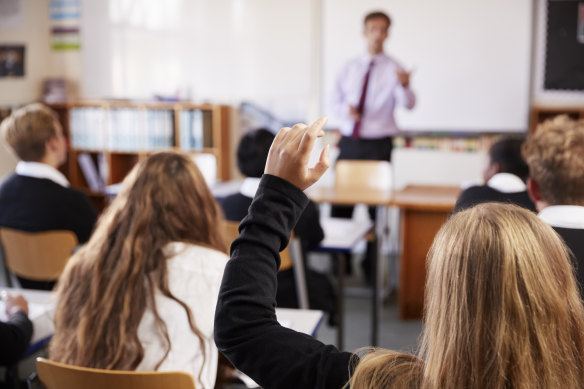 The safety orders were introduced in response to concerns by school leaders about a rise in aggressive and abusive behaviour by parents.Credit:iStock

So far, three orders have been issued in the government school system, freedom-of-information documents show.

Two of the cases led to 14-day bans, one of which was revoked after the parent apologised and committed to work and speak with staff respectfully. One of the parents barged into a classroom during class and swore and yelled at staff, the documents show. The parent was asked to leave the school by an assistant principal, but refused and continued yelling, despite being told staff felt threatened by the behaviour. Police were eventually called.

Identities of the people and schools involved in the three cases have been redacted to protect privacy. The department does not hold data on non-government schools.

A spokesperson for the Department of Education and Training said protecting school staff and preventing violent and aggressive behaviour was essential to maintain schools as safe places.

“All Victorian teachers and staff have the right to a safe and inclusive work environment, without fear for their personal safety,” the spokesperson said.

Parents Victoria executive officer Gail McHardy said the orders were open to misuse by principals, who could prematurely ban a parent before exhausting other options.

McHardy said the orders were also little understood within the wider community.

“There could be unintended consequences, and it depends how the authorised person who has been given this power manages this,” she said.

“It’s vital that every step is taken to keep workers safe,” she said. “While school community safety orders are not being used on a regular basis, the fact that they are available when needed is an important protection for our school communities.”

Dr Edward Simons, acting executive director of Melbourne Archdiocese Catholic Schools, said the orders had not been invoked across their almost 300 Melbourne Catholic schools, but that it was important they were available to schools as a last resort.

Victorian Principals Association president Andrew Dalgleish said there may be some hesitancy among principals to enact the orders, and that principals still have that “absolute skill” to listen with empathy, try to understand the issue and work with families, even when parents are in an agitated state.

“It’s not something that we want to say this is the first thing we would use,” he said. “We don’t want to break a relationship with our families, but if that behaviour is over the top or threatening, we can use it.”

Primary school teacher Michael Pace has experienced firsthand the psychological impact of a run-in with an aggressive parent, who threatened to confront him in the school car park.

“I wasn’t feeling safe. I was thinking if not today, he may be waiting for me tomorrow, or he may follow me,” Pace said.

By the time the school community safety orders took effect this year, it was too late for Pace’s school to have taken such action against the parent. 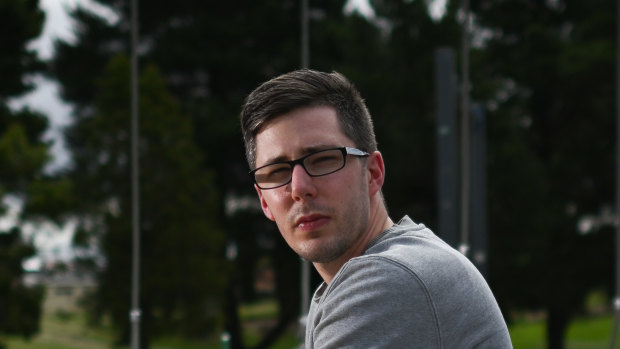 Michael Pace describes his encounter with an aggressive parent: “He said, ‘I’ll be seeing you in the car park later’.”Credit:Eddie Jim

In 2016, Pace, who teaches year 1 students at a state school in Melbourne’s north-west, had a parent of a student in his class burst in and threaten a boy who had hit his daughter’s arm.

“This six-foot, big guy was basically pointing and screaming at this young boy, [who was] confused and frightened at what was going on,” he said.

When Pace leapt from his chair and told him to get out, the parent turned his anger on him.

His principal put out an intervention order to ban the parent from the school grounds.

Pace said he hoped the safety orders might prevent parents from engaging in abusive or threatening behaviour in the first place.