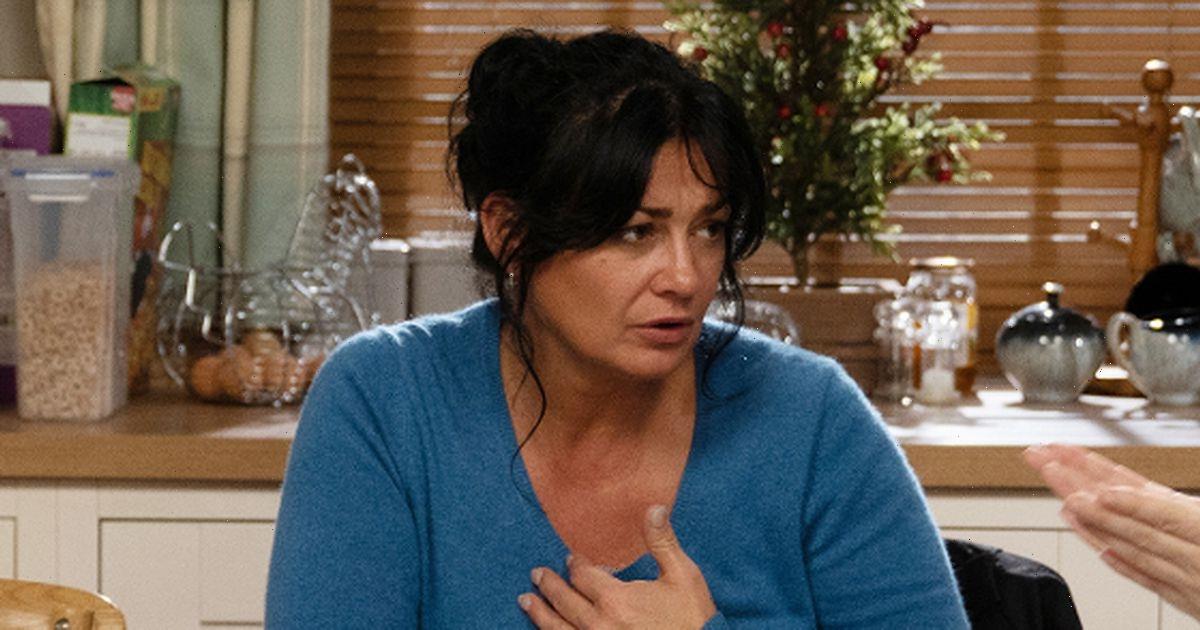 Only recently, Moira and Amy fled the village after learning that Cain Dingle, who had pleaded guilty for Al Chapman's death, was in fact innocent and his 10-year-old son, Kyle, had shot Al by accident.

In upcoming scenes, Moira and Amy return but the atmosphere is frosty as Matty Barton is still upset they kept it a secret from him.

And things go from bad to worse when Amy and Matty split so she can prioritise son Kyle. Amy is also determined to clear Moira’s name after Chloe Harris accused her of having an affair with Al and she decides to kick Chloe out. But when Chloe tells her sister she’s pregnant, will she change her mind?

Later, Amy and Matty reconcile to which she tells Moira and Mackenzie Boyd the good news, as well as Chloe’s pregnancy… leaving Mackenzie, who cheated on partner Charity Dingle with Chloe and is the baby's father, squirming.

However, the family have more troubles ahead as Kyle creates a memorial for Al and they worry about sending him back to school.

Elsewhere in the village, Vinny Dingle turns to secret poker games in the village to get over his Liv grief following her tragic death but Mandy Dingle isn’t happy as she accuses him of turning into his father Paul Ashdale.

Also, there's job rivalry between Gabby Thomas and Dawn Fletcher over at Home Farm, Charles Anderson attempts to recruit choir members at the church with competitive results and Bernice Blackstock struggles with her menopause diagnosis.