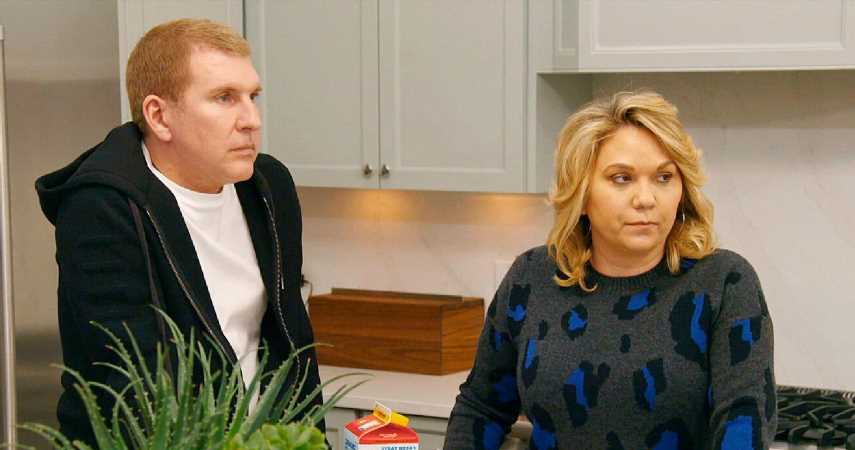 Todd and Julie Chrisley need to get their finances in order before starting their prison sentences, and according to a new report, this include selling their $9 million Tennessee mansion.

Earlier this month, Todd was given a 12-year prison sentence while Julie was handed a 7-year term for tax evasion and bank fraud. The couple were found guilty of submitting false paperwork to secure $30 million in fraudulent loans.

After serving their time, they’ll be under 3 years of supervised release. The couple have also been ordered to pay $17.2 million in restitution.

Speaking to New York Post, a source said Todd and Julie need to sell a variety of their assets to pay back the restitution as well as ensure their minor children are taken care of.

“They’re going to have to give up a lot of things, including their homes, sadly. They won’t be able to afford it,” the insider said. “But their main concern now is their children, especially their youngest boy.”

The couple’s daughter Savannah, 25, confirmed she’ll take care of her younger brother, Grayson, 16, and her niece, Chloe, 10, who has been in the custody of her grandparents since 2016 while her parents serve their time.

Todd and Julie are also parents to an older son, Chase, 26. Their granddaughter Chloe’s father is Todd’s son Kyle, 31, from a previous marriage.

Known for their lavish purchases, including real estate, Todd and Julie have a number of properties to their name. They reportedly have a $1.6 million home in Nashville, Tennessee, which they bought in 2016. It includes over 5,200 square feet of living space.

More recently, Julie bough a property in Brentwood, Tennessee for $3.3 million in 2019 – the same year she and Todd were charged with the financial crimes.

The couple also have had several homes in Georgia, including a 16-actre estate near Atlanta that Todd eventually lost to foreclosure in 2012. However, it’s unclear exactly which of their homes Todd and Julie plan to sell in the wake of their sentencing.

Their children also have a number of properties, which have been shown on their numerous reality shows (though they’ve been cancelled since Todd and Julie were sentences).

Their daughter Savannah owns a home in Franklin, Tennessee, where her younger brother and niece are likely to move into.