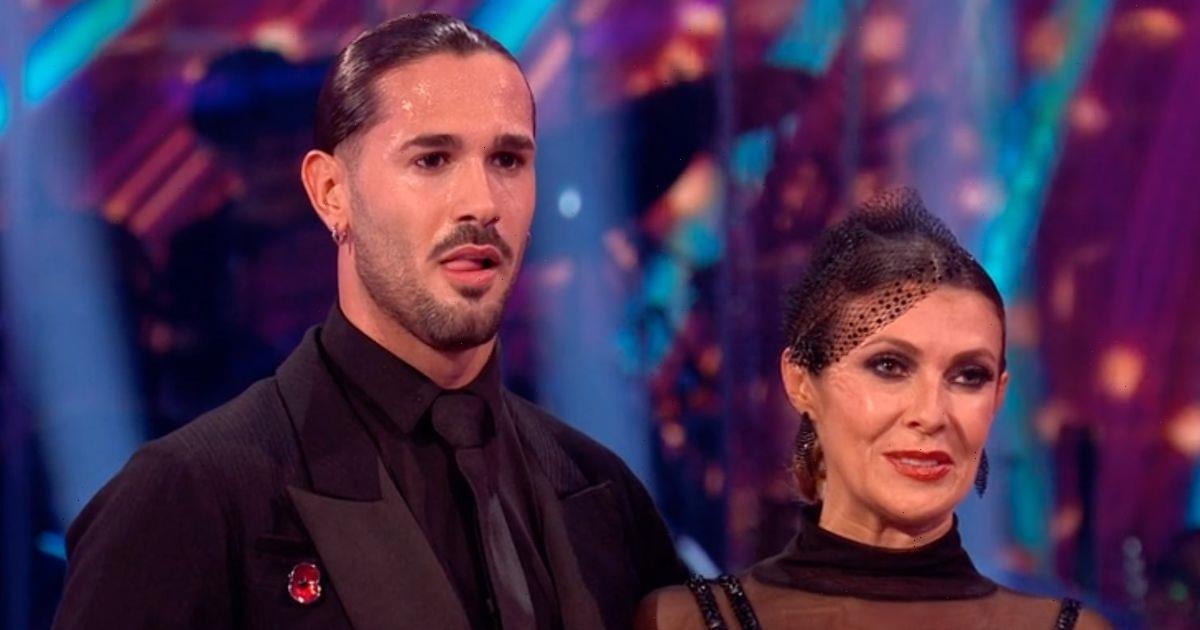 At the beginning of the show, presenters Claudia Winkleman and Tess Daly addressed the star's absence, with Tess saying: "Kym and Graziano are not with us tonight. Kym has tested positive for Covid and is resting at home."

She added: "All being well, she and Graziano will be back to dance again next week."

Finishing the explanation of Kym's absence, Claudia continued: "Kym, we know you're watching and we are sending you so much love."

It comes after it was revealed earlier this week that Kym, 46, and pro partner Graziano Di Prima would not be taking to the dancefloor this weekend.

A Strictly spokesperson said: "Kym Marsh has tested positive for Covid-19. As a result, Kym and Graziano will not be taking part in Strictly Come Dancing this weekend.

"Strictly Come Dancing protocols mean that all being well, they will return the following week."

To which Anton said: "So I believe, yes, I'm not fully across everything on a day-to-day basis anymore because we do our bit on a Saturday."

Talking about her show progress so far, he added: "She's coming on beautifully and I love her style of dancing, so yeah, she'll be missing this weekend as she's got to go through the protocol. But hopefully she’s okay!"

Kym was one of this year's Strictly contestants who made it through to the Blackpool special of the show.

To mark the special occasion the star and Graziano performed the Paso Doble to We Found Love by Rihanna featuring Calvin Harris.

Whilst her dance earned praise from the judges, with Shirley Ballas declaring her a "fighter", some fans of the show were left confused by the song choice.