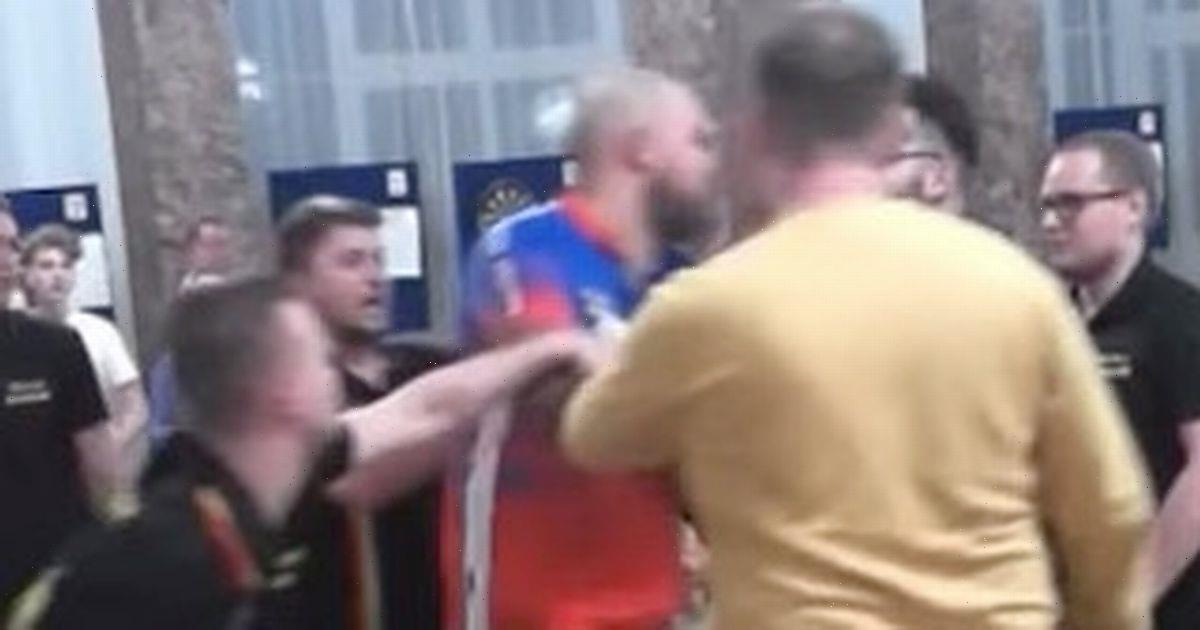 Former World Darts Championship qualifier Boris Koltsov was at the centre of incredible scenes following a darts match in his native Russia.

Footage has emerged on social media of Koltsov, who played at the last edition of the Alexandra Palace showpiece, appearing to start a fight with an opponent. Koltsov reportedly won the match in question but that didn’t stop him laying into the opponent, with multiple punches thrown.

Koltsov was eventually dragged away from his target by teammates and officials but the 34-year-old is likely to be in hot water for his conduct at the Russian Team Championship.

The dust-up reportedly occurred after the opponent, a member of the Novgorod team, refused to shake Koltsov’s hand and insulted his team after the match. Darts fans were left shocked by the footage, with one tweeting: “Boris Koltsov woke up and actually chose violence.”

Another said: “Wow, fighting in darts, that's a new one.” A third pointed out: “Nobody in the crowd looked bothered at all.”

Another said: “Russia getting into unnecessary fights? Crazy.”

The Viking made his mark at last year’s World Championship, where he defeated Jermaine Wattimena 3-0 in the first round. He bowed out at the second round stage after losing 3-2 to Dirk van Duijvenbode.

Koltsov is one of Russia’s top players and would have been a contender to qualify for the Worlds again had the country not been banned from competing in international sporting events following the invasion of Ukraine.

The PDC usually holds a EuroAsian qualifier for the tournament. As that region is dominated by Russian players, it was scrapped and replaced with a Ukrainian qualifier in October.

What do you think of the scenes? Tell us in the comments section below.

“We didn’t want to deny those players [from Ukraine] the opportunity to still try and qualify for the event,” PDC chief executive Matt Porter told Daily Star Sport .

“We’ve never had a Ukrainian player appear in any of our events so this will be the first time. It’ll be a landmark moment for darts in Ukraine, which is nice. You’d imagine they’d receive a strong reception from the crowd at the Ally Pally.”