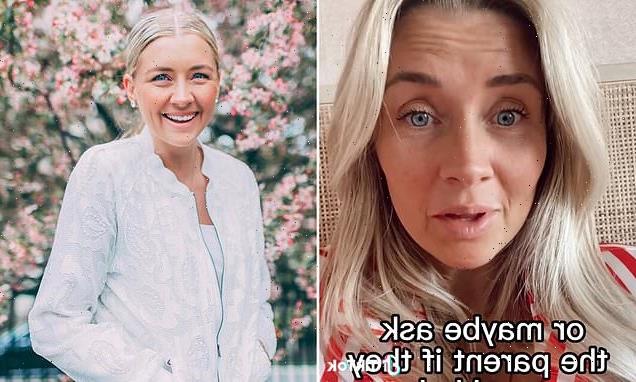 A former flight attendant has revealed the type of passenger cabin crew hate the most.

Kat Kamalani, from the US, worked on planes for six years, and recently she posted a TikTok video in which she said it’s not babies who annoy the crew, but people who complain about the babies.

The social media star and mum-of-two explained there’s nothing worse than this type of complaint because it makes both the parents and the staff uncomfortable. 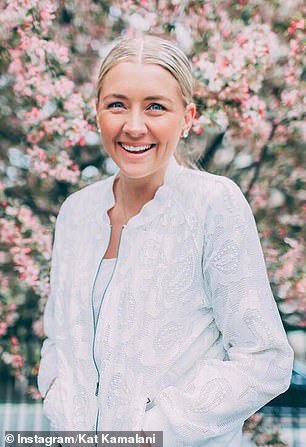 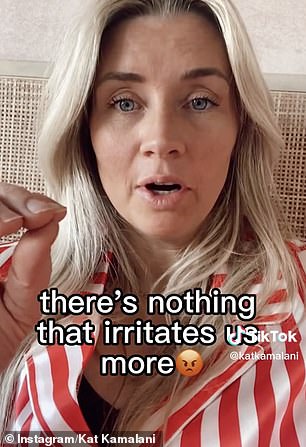 Kat Kamalani (pictured) worked as a flight attendant for years and only now just realised the most irritating thing about a certain type of passenger. Kat said there’s nothing worse than when someone complains about a screaming baby

‘I promise you, there’s nothing that irritates us more as a flight attendant when people complain about a baby crying,’ Kat said in the video.

‘DON’T even ask to be moved to a different seat, no one wants that baby to stop crying more than that parent.

‘So if you’re travelling, bring noise-cancelling headphones, or maybe ask the parent if they need help.’

The short video has since been viewed more than 1.4 million times and thousands commented on the topic agreeing.

One mum recalled the time she was in the exact situation when her baby was crying on a flight and wrote: ‘I had a flight attendant tell me “let her cry, you won’t see these people again anyways”. It helped me so much.’

A current flight attendant also weighed in on the discussion.

‘I am a flight attendant and I get really mad when passengers complain to me about the crying baby…like what do you want me to do?’ she said.

Others who have sat next to babies on a flight in the past said they have offered to assist.

‘I once spent a 1.5 hour flight playing with a fussy baby with a 1/2 empty water bottle while their Momma napped. Kept baby happy,’ one wrote.