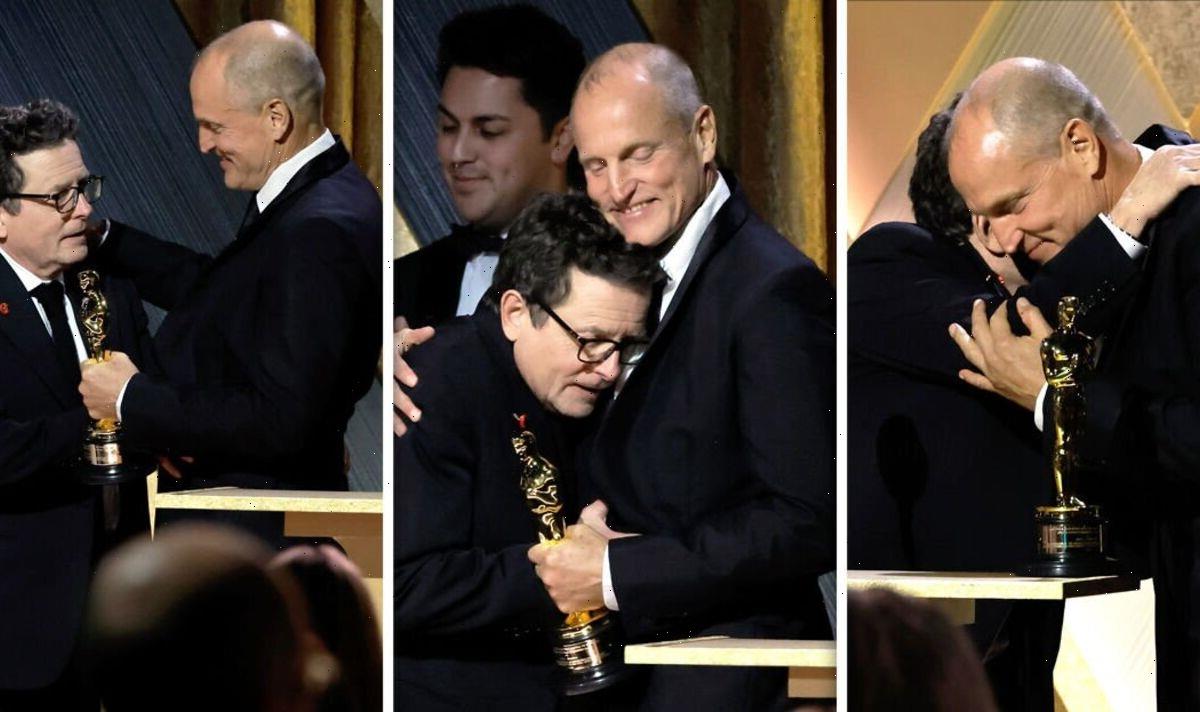 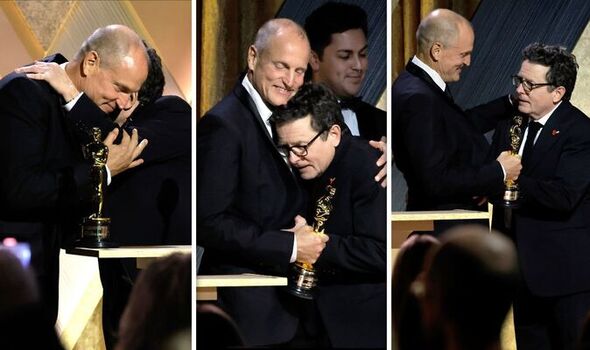 Michael J Fox embraced a hug from Woody Harrelson, 61, after he presented him with an honorary Academy Award for his Parkinson’s disease work on Saturday night.

The 61-year-old was diagnosed with young-onset Parkinson’s disease at 29 back in 1991 and has since gone on to raise over $1billion in research funding via the Michael J. Fox Foundation for Parkinson’s Research.

At the weekend, his efforts were awarded during the 13th Annual Governors Awards at the Fairmont Century Plaza in Los Angeles.

Taking to the stage, he said: “Once I became engaged in learning about the disease, every interaction, every new piece of information I gathered, every researcher or NIH official I talked to, all confirmed, the science was ahead of the money.

“The answers could be unlocked with the right investments. I was told I only had 10 years left to work. That was s*****. That’s what happened. The hardest part of my diagnosis was grappling with the certainty of the diagnosis and the uncertainty of the situation!”

He later told Access Hollywood that he accepted the award on the grounds that it served as “confirmation” he is doing the best he can.

His honour comes after he opened up about his recent health woes, in which he had suffered with multiple broken bones in the past year.

While recovering at the time of the interview with People Magazine in October, the actor said he was “feeling it more” due to his age.

Michael J Fox has raised over $1billion in research funding via the Michael J. Fox Foundation for Parkinson’s Research