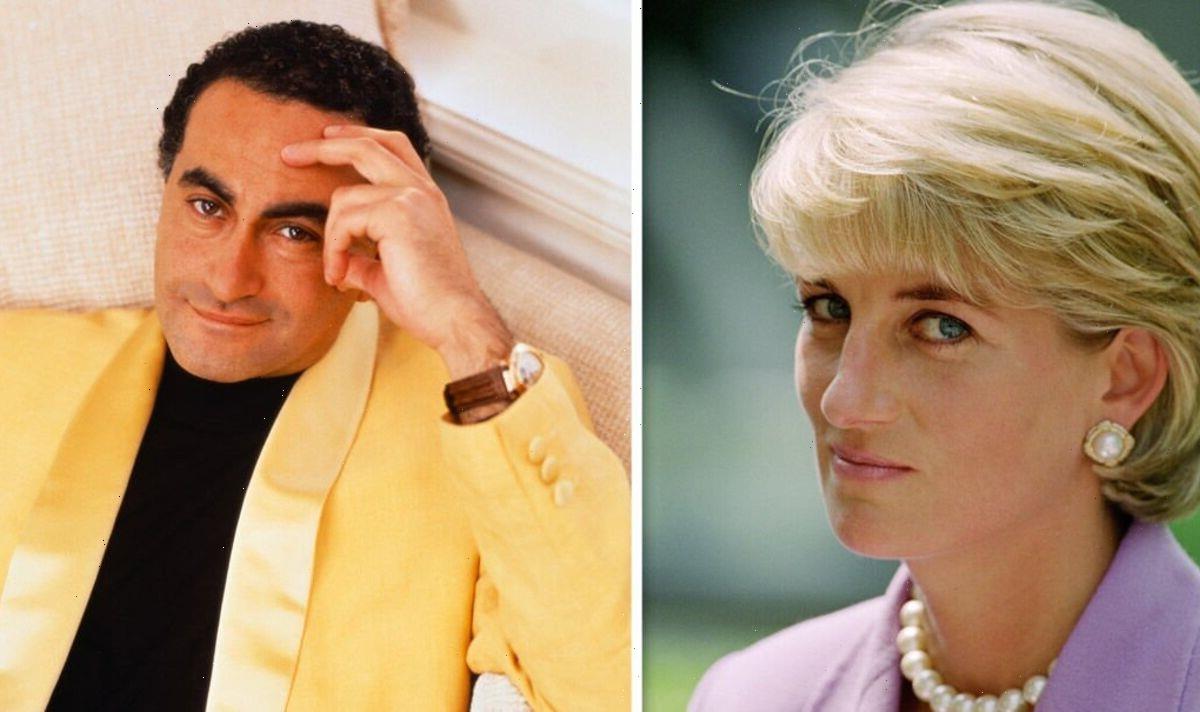 The Crown: Royal expert slams portrayal of the Queen

Season five of The Crown focused on Mohamed al-Fayed (played by Salim Daw) and his humble beginnings in Egypt, going on to chart his rise as a successful businessman and anglophile with a love of the British Royal Family. The latest instalments depicted his son Dodi Fayed (Khalid Abdalla) and the relationship between father and son. Toward the end of the series, Dodi has a more prominent role as viewers meet his American girlfriend Kelly Fisher (Erin Richards).

How did Dodi Fayed and Princess Diana get together?

Movie producer Dodi and Princess Diana reportedly first met in 1986 at a polo match played at Windsor Castle when his team took on Prince Charles and his team.

However, they only got to know each other after Mohamed invited Princess Diana and her sons to holiday on his luxury yacht in St Tropez, according to The Independent.

After the holiday ended and the young princes went to spend time with their father, while Princess Diana went for a second holiday alone with Dodi on his yacht.

The couple was thought to have started dating back in July for a few months before their tragic deaths in a car crash in Paris in August 1997.

There had been speculation Dodi had been planning to pop the question to Diana after she was spotted wearing a ring he’d gifted her.

Princess Diana wore the ring on her right hand rather than her left, suggesting there had been no proposal.

However, Dodi had also bought a ‘Dis-moi Oui’ ring, or the ‘Tell me Yes’ ring for Diana which was found in his hotel room after the fateful accident.

It seems Dodi never got the chance to ask Diana to marry him.

What happened to Dodi’s girlfriend Kelly?

Dodi had been married before to model Suzanne Gregard with the couple tying the knot in 1986.

But their union wasn’t to last and the following year they got divorced after eight months.

As the son of a billionaire, Dodi lived a luxurious lifestyle and was linked to countless women over the years.

Prior to his relationship with Diana, Dodi was seeing American model Kelly Fisher with the couple said to have been dating for two years, according to The Guardian.

The couple had even bought a house together in Malibu and she claimed the couple was engaged to be married.

But things turned sour between Kelly and Dodi after the model saw the reports of him dating Diana in St Tropez.

Kelly was ironically on board another yacht in St Tropez owned by the family and claimed Dodi dumped her over the phone on the same day his romance with Princess Diana hit the headlines.

She also secretly recorded a phone conversation with Dodi after she heard about his new romance with the 20-minute recording played at the inquest into Diana’s death in 2007.

Kelly held a press conference and planned to sue Dodi for ending their relationship, but following his and Princess Diana’s death, she dropped the lawsuit.

She told The Sun in 2017: “I was heartbroken to see the pictures of Diana and Dodi together.

“But the most heartbroken I ever, ever was – ever – was when he died. That was too much for me. It was incredibly difficult.”

Kelly is now married to a pilot and she has a daughter.

The Crown season 5 is streaming on Netflix now