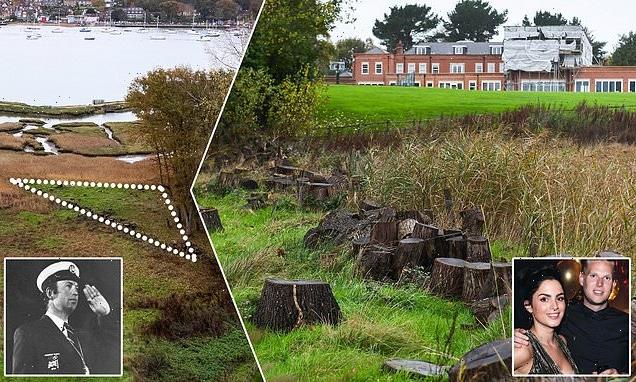 A millionaire businessman has been fined £80,000 for chopping down his neighbour’s oak trees to improve his river view.

Mr Baker, 37, whose sprawling mansion is worth more than £5million, claimed he asked for permission to clear some untidy branches, because he was worried about ‘storm damage’, and was told he could cut them back as much as he wanted.

By the time his workmen had finished, the trees were reduced to stumps – meaning his view of the river and the many sailing boats there had improved. It will take a century to replace the oaks, the court heard.

Magistrates gave short shrift to Mr Baker’s attempts to shift the blame on to his neighbour and gardeners, and fined him £80,000, plus £1,415 costs, after he pleaded guilty to contravening tree preservation regulations.

Mr Hunt, who won a silver medal for Great Britain in the 1972 Munich Olympics and sailed again at the Montreal Games four years later, denied his neighbour’s claims that he had approved the felling of the oaks. 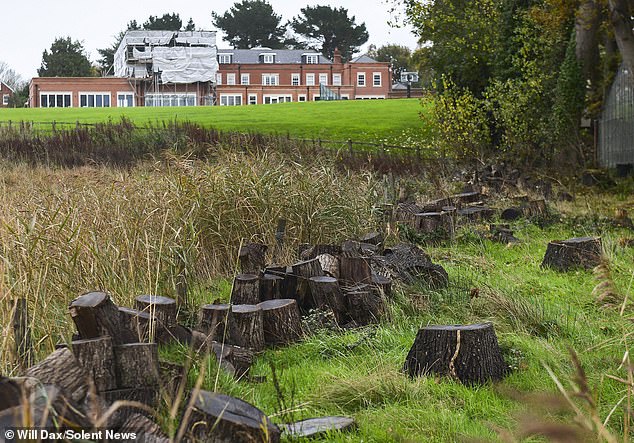 Chainsaw massacre: A view of Nick Baker’s nine-bedroom mansion from the remains of the oak trees 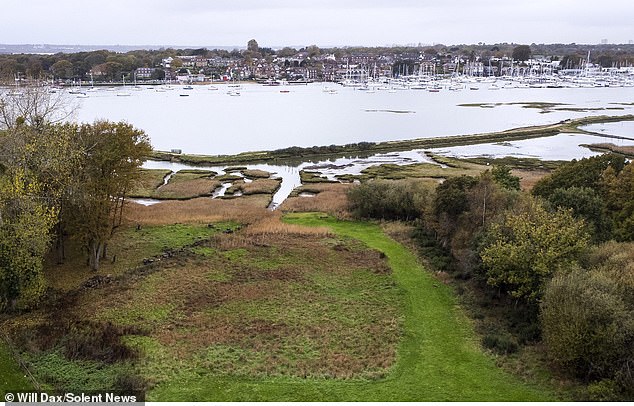 Water view: The area cleared of trees to the top-left of the waterfront

The costly incident took place in the wealthy Hampshire village of Warsash, where Mr Baker’s nine-bedroom house lies next to widower Mr Hunt’s million-pound home near the River Hamble. Portsmouth Magistrates’ Court was told that 16 common oak trees at the bottom of Mr Hunt’s garden, a few yards from the river, had been made the subject of a preservation order in 2009.

It meant they could not be cut down or altered without local authority permission. Prosecutor Penelope Skertchly, on behalf of Fareham Borough Council, told the court: ‘It came to the local authority’s attention on January 19, 2021, that some trees had been cut down, and two men were spotted there by the felled trees.

‘When an officer attended, he found a chainsaw left by the scene. The officer examined the trees and found that they were protected and had been alive and healthy.’ The prosecutor added: ‘It’s had a significant impact on the landscape – it’s popular with walkers.’

Mr Baker’s barrister Scott Stemp told the court: ‘Mr Baker, having been alive to some degree of storm damage, asked his gardener to ask Mr Hunt if he would be amenable to some branches being removed.

It transpired Mr Hunt was accepting of a rather greater extent of work to the trees. Mr Hunt was asked by Mr Baker if he should check with the council, and he said not to. Mr Hunt is irritated by busy-bodies at the council and said they would have better things to do.’

He added that Mr Baker was angry that after the felling, he welcomed investigating council officers on to his land, while Mr Hunt denied them entry – yet only he was in the dock. 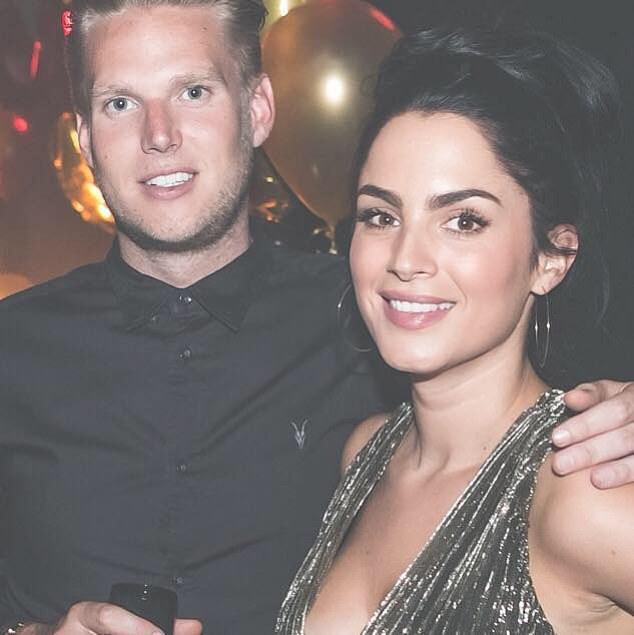 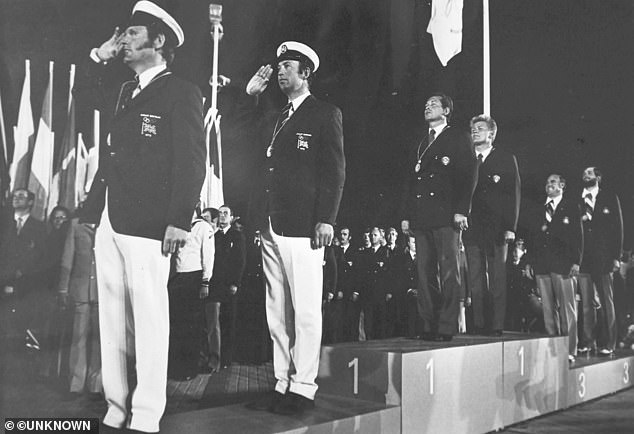 The barrister said: ‘He has discovered that he is the only person being prosecuted. One can understand a degree of ire.’

Magistrate David Hampshire told Mr Baker: ‘There’s an obvious loss with those trees – they were a public amenity and a habitat… We are told that it has no benefit to you… but it does seem to improve the view of the river.’

The magistrate added: ‘It’s impossible to put a price on the loss of the trees – but we have to impose a fine to act as a deterrent.’

Mr Baker, whose firm Just Develop It employs 100 people and made a £19million profit last year, refused to comment outside court.

Mr Hunt said: ‘He said he wanted to trim it back to get a better view – and I said yes, he can trim it back, but that he wasn’t to cut any trees down.’