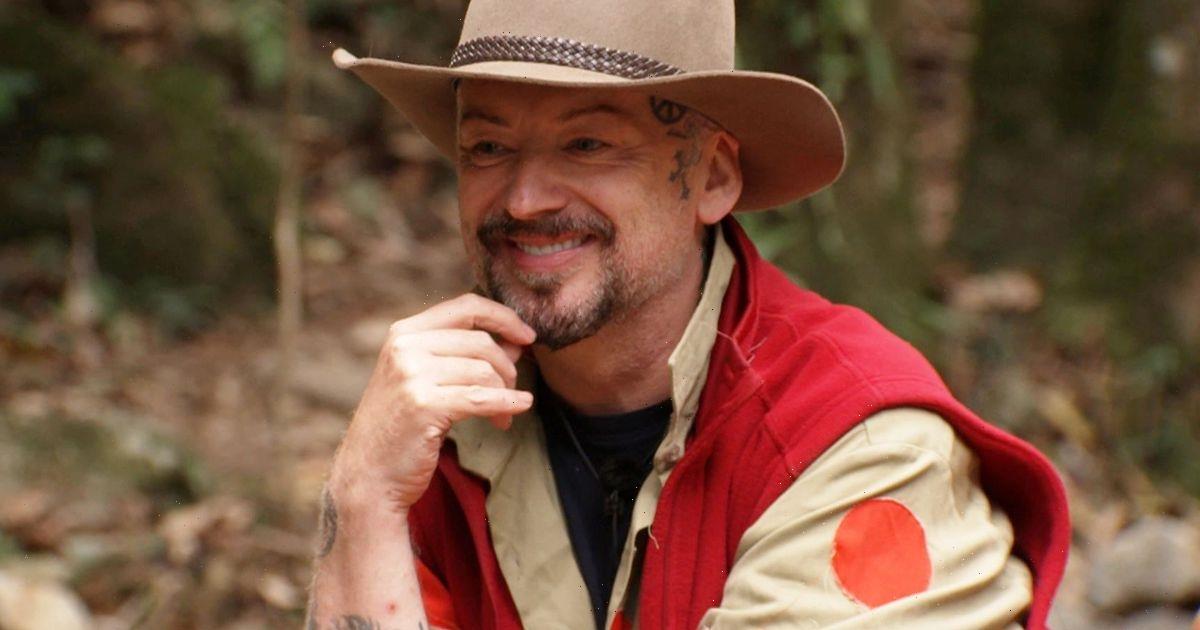 Boy George has opened up on a revenge plot that eventually made him millions while talking to his fellow campmates on I'm A Celebrity… Get Me Out of Here!

The award-winning hit maker spoke candidly about his career path and how he ended up becoming one of the UK's most successful musicians.

Sharing his story on the ITV show, Boy George told Mike Tindall, Seann Walsh and Owen Warner that his band Culture Club began because he wanted to seek revenge on his ex-boyfriend.

He confessed: "I had a boyfriend who was in a band, we split up and I thought I’m going to start a band just to annoy him. So that’s really how Culture Club started."

His confession comes as the group discussed their careers and jobs they've previously had.

When asked what his first job was by former rugby player Mike, the 61 year old singer replied: "Kicked out of school at 15, worked in a fruit factory for three weeks packing apples. Worked in Tesco filling the shelves.

"I worked at a hat shop for about four years. That was my favourite job as I was allowed to dress up. Then I got fired for being late. I was late every day."

"Every little helps… no it doesn’t,'" he joked.

Since his time in the jungle, Boy George has had a rather turbulent experience and quickly became hot under the collar following the arrival of Conservative MP Matt Hancock.

The former Health Secretary initially received a rather frosty response from his campmates who were unsure why he decided to take part in the show.

After a few days of being in camp, Matt appeared to win a few of the celebs over, but Boy George remained stern in his beliefs and said he would "never" support a Tory.

But some viewers were not best pleased with the singer's remarks and took a dislike to his approach.

Taking to Twitter, one spectator wrote: "Say what you like about Matt Hancock, but I've yet to see him say a bad word about any of them. I don't like the sniping behind his back, especially from Boy George who is acting just like a boy!"

Meanwhile another chimed: "I’m just gonna admit it. I like Matt more than Boy George. #ImACeleb."