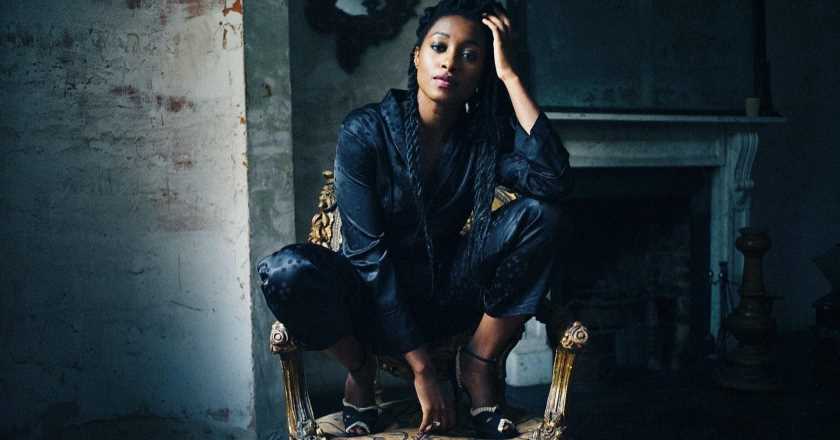 A triumphant celebration of immigration, community and the strength of Black womanhood, you better believe that ITV’s spirited new drama series, Three Little Birds, belongs on your must-watch list.

ITV is absolutely smashing it out of the park when it comes to its roster of upcoming dramas. We have Riches and A Spy Among Friends on the not-so-distant horizon, as well as true crime drama Joan, which sees Sophie Turner step into the shoes of the UK’s most notorious jewel thief.

As if that weren’t enough, the broadcaster has now confirmed that Sir Lenny Henry’s hugely anticipated six-part series, Three Little Birds, will be dropping in 2023.

Inspired by the life-affirming stories of Henry’s mother and all those who have travelled to make Britain their home, Three Little Birds follows fun-loving sisters Leah and Chantrelle, as they – along with their virtuous friend, Hosanna – board a cruise ship from Jamaica bound for an exciting new life in Blighty.

They’ve all been told that “the mother country” is a land brimming with promise and opportunity. But, while the UK is gripped in a fervour over rock and roll, Hollywood starlets and fabulous fashion, our effervescent trio soon discover that it’s not all it’s cracked up to be – especially when it comes to the weather.

It won’t be smooth sailing; far from it, in fact. But Leah, Chantrelle and Hosanna are forces unto themselves. And so, despite the many, many setbacks they encounter along the way, they refuse to let it crush their spirits. Instead, they make it their mission to build a successful new life in Britain.

To offer us an exclusive insight into the must-watch series, Rochelle Neil, Yazmin Belo and Saffron Coomber – who play the trio of lead characters in Three Little Birds – share their thoughts about what’s to come.

Rochelle Neil – who fans may know best for her stellar performance in HBO’s The Nevers – will be starring in Three Little Birds as Leah.

“It’s wonderful to have the opportunity to give a voice to such a pioneering generation, in all their complexities,” says Neil of her effervescent character.

Neil adds: “In many ways, Leah feels like a love letter to my grandmothers. A chance to explore the lives of the women who led to me being here and who I am today.

“I know they both would have been absolutely thrilled, as am I.”

While Leah and Chantrelle are lured to the UK in search of new beginnings by their older brother Aston (Javone Prince, Dodger), Hosanna’s introduction to the story is very different.

A devout Christian and a trainee nurse, she is convinced by her friends to give up her job and travel with them to the UK – largely because Aston has asked his sisters to bring him a potential wife from back home.

Yazmin Belo is excited to join the cast of Three Little Birds.

Speaking about her character, Yazmin Belo, of What Just Happened fame, says: “The project is a truthful depiction and great homage to my direct lineage. Being able to help tell this story is an honour, I wish only to tell the truth.

“I am excited to be playing the role of Hosanna. Her humanitarian nature, tenacity and ability to not quite accept what is going on around her, are some of the attributes I admire about her.”

Saffron Coomber dazzled as Sapphire Fox in Tracy Beaker Returns, but the actor has said that she views Three Little Birds as the project of a lifetime.

“I screamed when I found out that I was cast in Three Little Birds,” she says. “It is a dream come true. Chantrelle is the kind of character I’d only hoped I’d get to play one day.”

Saffron Coomber is just one of the talented actors working on Three Little Birds.

Coomber adds: “It is an honour to tell an overlooked story of British history that is so close not only to my family but to so many, notwithstanding working with Lenny, who has been a legend in my home since I can remember.

“I am constantly inspired by my castmates and the stellar crew. I am in awe of the project and can’t wait to share it – pinch me!”

And, speaking about his spirited new show, Sir Lenny Henry himself tells Stylist that he has “been waiting to write this show for my entire life”.

“It’s inspired by my mother’s numerous stories about travelling to Britain by boat in the mid-50s,” he says. “However, the joyous aspect of this project is the way we as a team have created a whole new narrative environment so that we can tell a whole raft of stories. Leah, Chantrelle and Hosanna – as portrayed by Rochelle, Saffron and Yazmin – pour their hearts into this rendition of all our parents’ stories.

“Our directors, Charles, Yero and Darcia, are supercharged and ready, bringing the whole thing to glorious life. I am so proud to be associated with these tales of cold streets, uniting in the face of the traditional obstacles, such as racism, misogyny, poverty, and stolen moments of love, affection and sisterhood.

“Big respect to everyone involved. Phew!”

Three Little Birds will premiere on ITV in the United Kingdom next year, and will be premiering exclusively on BritBox in the US, Canada, The Nordics, South Africa and Australia in 2023, too.

All other images: Samuel Black/Getty/Michael Carlo (provided by ITV)