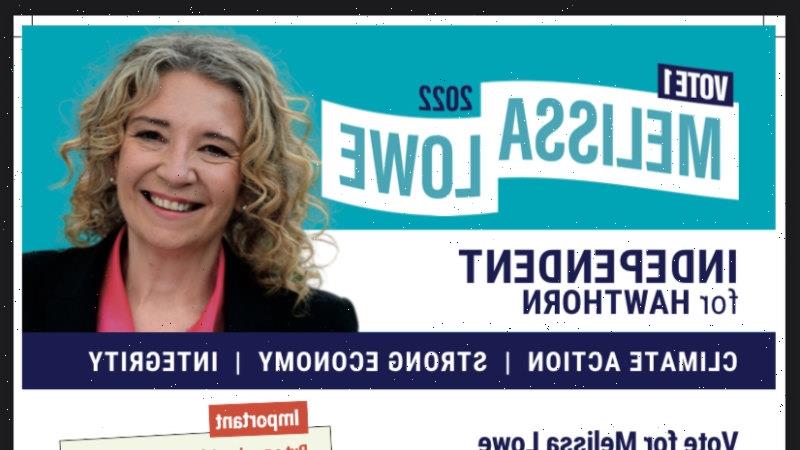 A judge has overturned a Victorian Electoral Commission ban on the distribution of how-to-vote cards by “teal” independent candidates, finding they complied with election laws.

Earlier this week, the VEC ordered independent candidates for the state seats of Hawthorn, Kew and Mornington to stop handing out cards at pre-polling stations that do not allocate preferences and have empty boxes next to other candidates’ names. 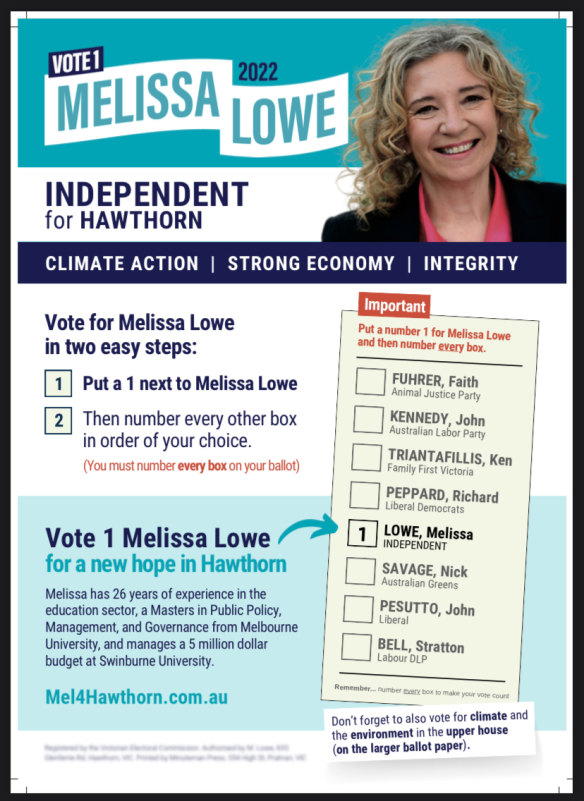 The how-to-vote card from Melissa Lowe that was the subject of a cease and desist letter.

The commission told Melissa Lowe, an independent candidate in the ultra-marginal seat of Hawthorn, Kew independent Sophie Torney and Mornington independent Kate Lardner that their how-to-vote cards – with only a “1″ beside their own names and an image of all the other boxes unnumbered – broke electoral rules.

Justice Michelle Quigley told the Victorian Civil and Administrative Tribunal that she was not satisfied the card would mislead or deceive voters, as the VEC had argued, and ordered the commission to approve the cards.

“There is nothing in the material that I’ve been provided with which leads me to the conclusion that by putting a number 1 only, in relation to the proposed card … is likely to mislead or deceive a gullible and naive elector,” she said.

The commission had also argued that the cards were invalid because they contained the word “independent” below the candidate’s name. According to the VEC, that label, coupled with the authorisation text from the commission on the bottom of the card, breached election laws.

Torney said it was unfortunate her team had to invest campaign resources into challenging the VEC’s decision during pre-poll voting, but she felt she had no choice.

“We found the Victorian Electoral Commission’s handling of this entire sorry episode to be unsatisfactory and unprofessional,” she said.

She labelled the commission’s original decision to issue a cease and desist letter as “undemocratic” and “party-centric”.

Lowe said: “This is a win for integrity and democracy, and a step in the right direction to level the playing field for future independents against entrenched major party incumbents.” 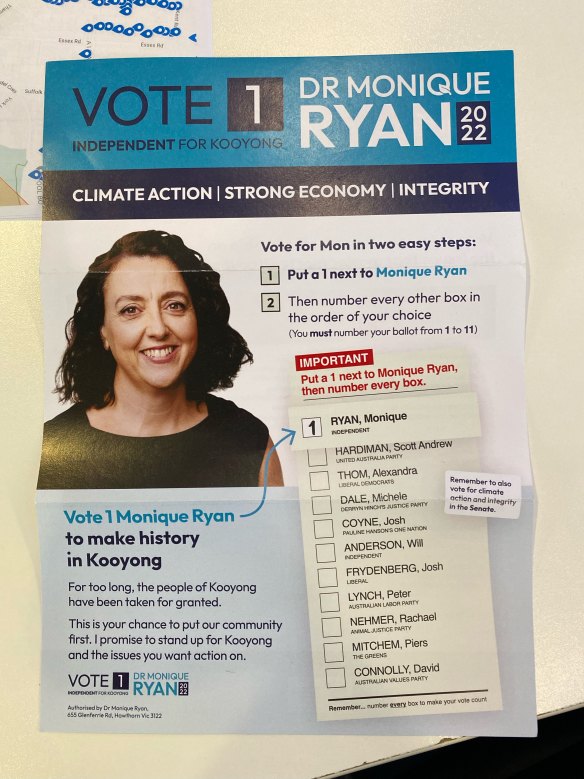 Monique Ryan’s how-to-vote card for May’s federal election was not challenged by the AEC.

Liam Brown, lawyer for the VEC, argued to Quigley that leaving the boxes unnumbered on the how-to-vote cards can mislead voters and cause them not to number all their preferences on the ballot.

He said the visual layout of the card would lead voters to only partially fill out their ballot and potentially increase the number of informal ballots.

The candidates wanted voters to decide for themselves how to allocate preferences and both believed that while the VEC ban applied on election day, they could continue to hand out their how-to-vote cards at pre-polling booths.

Brown told the hearing that of all informal votes cast, about 25 per cent of ballots had only numbered one candidate, a margin that had the potential to affect election outcomes.

But Quigley rejected the argument and found the cards contained numerous messages instructing voters to fill out all boxes on their ballot, despite the graphic not demonstrating that.

Lawyer Adam McBeth, acting for the teal candidates, said similar how-to-vote cards used by independent MP Monique Ryan in May’s federal election did not increase the rate of informal votes in the areas of Hawthorn and Kew, and were not challenged by the Australian Electoral Commission.

But the VEC sent letters threatening the state candidates with up to six months in prison if their volunteers continued to hand out the flyers at the pre-polling stations.

Failure to comply with the initial order would have left the candidates facing jail or an $11,000 fine.