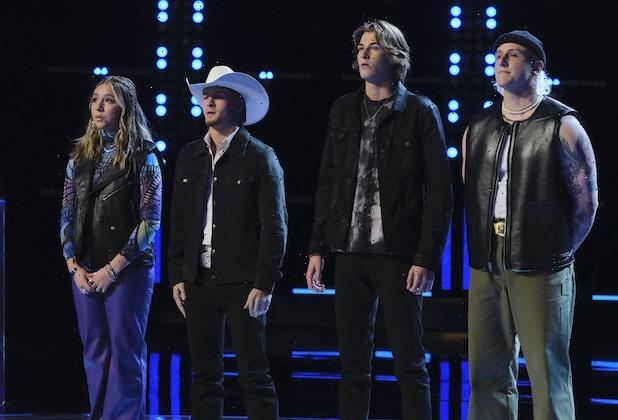 It wasn’t so much mic-drop moments that The Voice teed up Tuesday as “Drop the mic on your way out” moments. Following Monday’s Live Playoffs (recapped here), Season 22’s Top 16 was whittled down to the lucky Top 13, with two contestants per team saved by viewer votes, one per team saved by their coach and the remaining foursome vying for the Wildcard Instant Save.

Ahead of the Results Show, your responses to the poll that followed Monday’s recap suggested that Team Gwen Stefani’s Alyssa Witrado, Team John Legend’s Sasha Hurtado and Team Camila Cabello’s vibrato-lovin’ Kate Kalvach would be singing for their lives. Commenters jumped all over me for disliking the cover of ONJ’s “Hopelessly Devoted to You” that Team Blake Shelton’s Rowan Grace turned out, but she was the lowest-ranked member of his team in the poll. (Vindication?)

Who actually wound up being saved by viewers and/or their coach? And what did your resident “Simon Cowell wannabe” (my favorite diss of the season so far!) get wrong? Before we found out, we were treated to performances of “That’s Hilarious” and “Left and Right” by Camila’s Battles advisor Charlie Puth (who at one point looked like he was playing a Traeger grill, didn’t he?). And in the moments of truth…

Bryce Leatherwood (Team Blake), “Let Me Down Easy” — Grade: B- | Though this was by no means extraordinary, I’d order another round if Bryce was singing at the saloon I was drinking at. His performance was at least 70-80-percent solid and, between his safe song selection, his innate charm and his coach’s legion fans, he seemed almost unbeatable here.

Sasha Hurtado (Team Legend), “Elastic Heart” — Grade: B- | Sasha really brought the “wow” on her long notes and seemed to get stronger as her Sia cover went on. Unfortunately, the overall impression that her performance gave was that it was kinda all over the map. Maybe the arrangement was to blame? The mix? Her coach thought that it was perfect. (But don’t they always?) 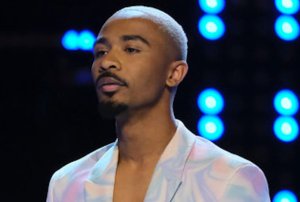 Kevin Hawkins (Team Gwen), “Redbone” — Grade: A+ | Da-amn, the s–t that Kevin was able to do with his voice on Childish Gambino’s hit was just remarkable. The people I was watching with said, “He’s super talented, but that’s not a sound I want to hear.” I, on the other hand, loved it; I thought it was cool and wild and almost Prince-like. He definitely got my vote.

Kate Kalvach (Team Camila), “When I Look at You” — Grade: A | Kate’s earpiece was definitely working Tuesday; unbothered by Monday’s difficulties, she sounded a zillion times better — passionate and invested and nine kindsa amazing. Before this, I thought her elimination was a foregone conclusion, but not after. She even reined in the vibrato that had always bugged me!

So… any surprises for you in the results? The coaches’ decisions? Who would you have sent home? Vote in the poll below, then let loose in the comments.