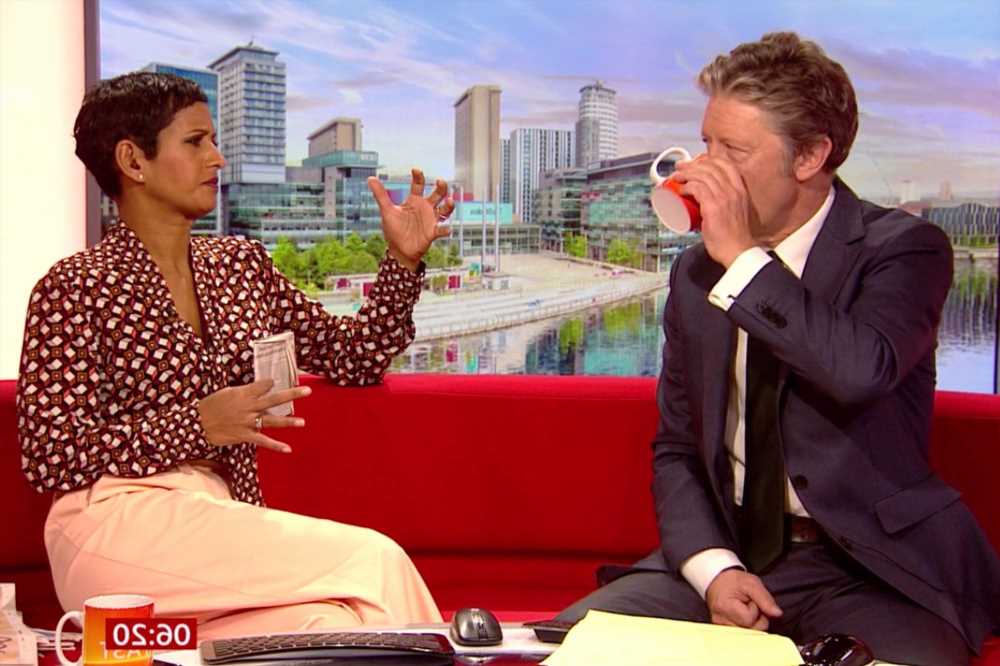 NAGA Munchetty was forced to step in and check her co-star was okay during BBC Breakfast today.

Naga and Charlie Stayt were on hosting duties as they took their regular seats at the iconic red sofa to review today's news. 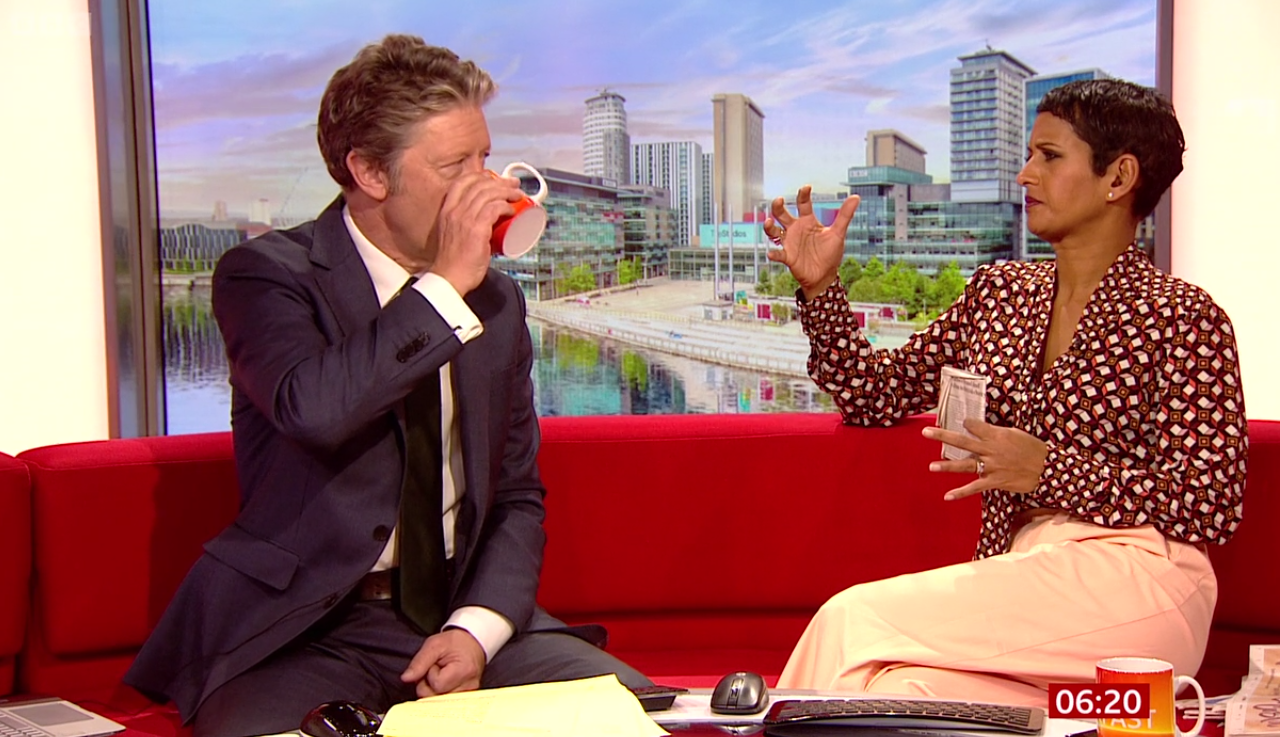 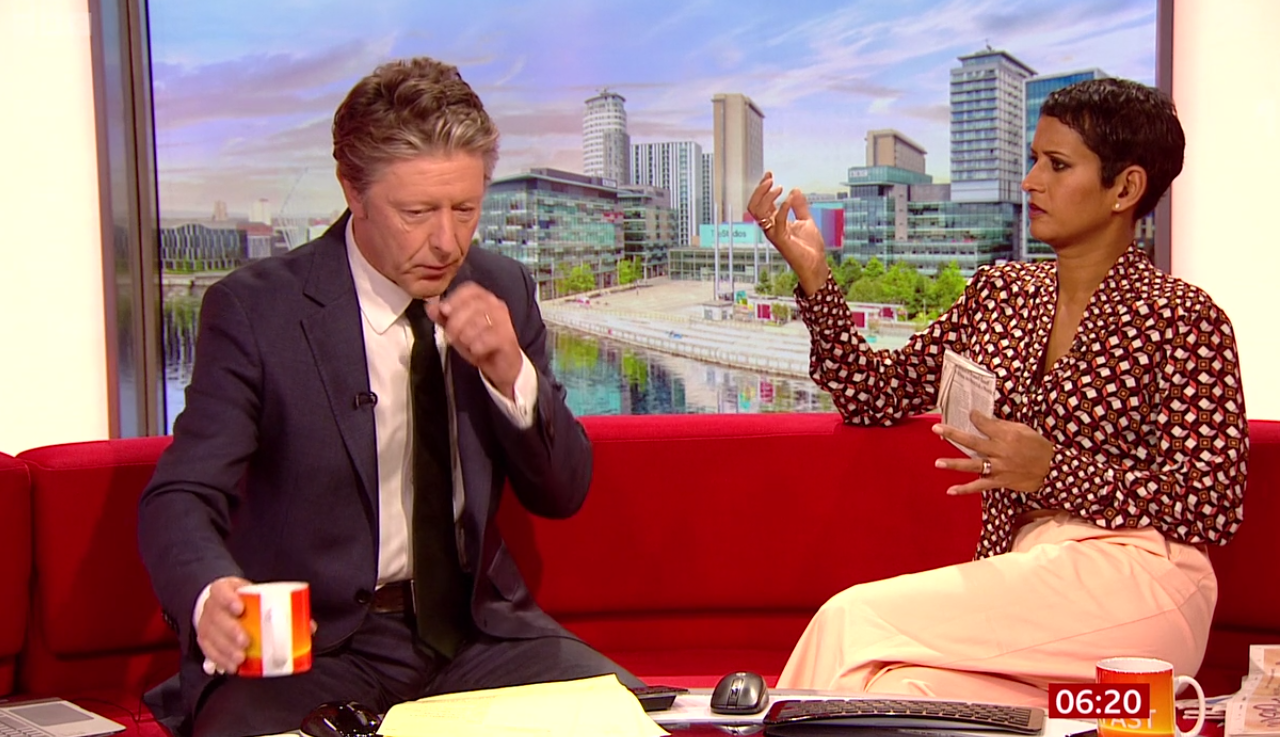 However as the pair were taking a look at the headlines and what was making today's news, Charlie found himself unable to speak.

He erupted into a coughing fit as Naga was speaking, sparking concern from his co-presenter.

Naga help up one of the newspapers to show to the audience as she began to tell them about a story in one of the papers.

Naga began: “I just want to introduce you to Uncle Chen but before I tell you about Uncle Chen, if you were to think of a marathon runner, kind of what do you think?” 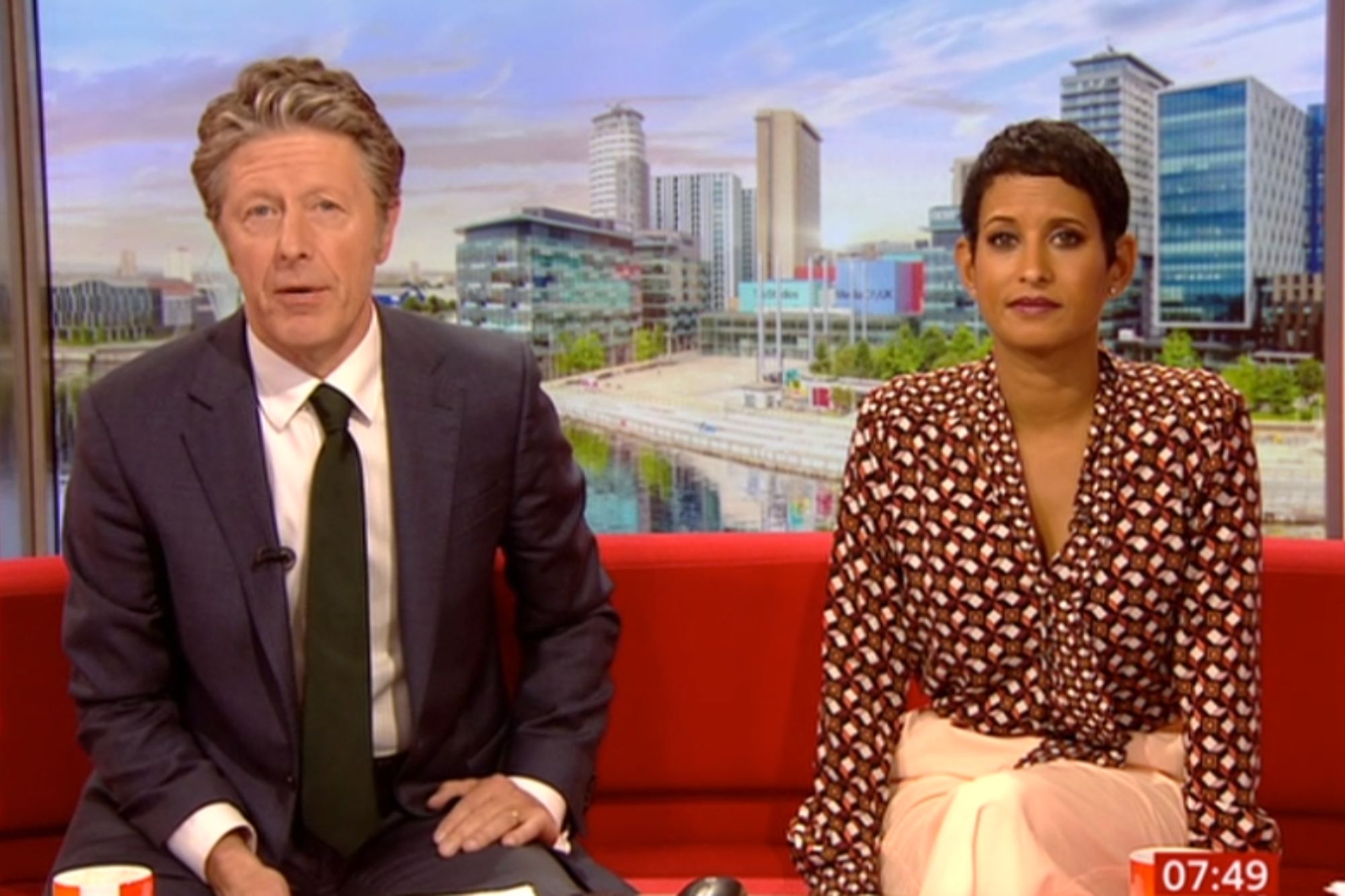 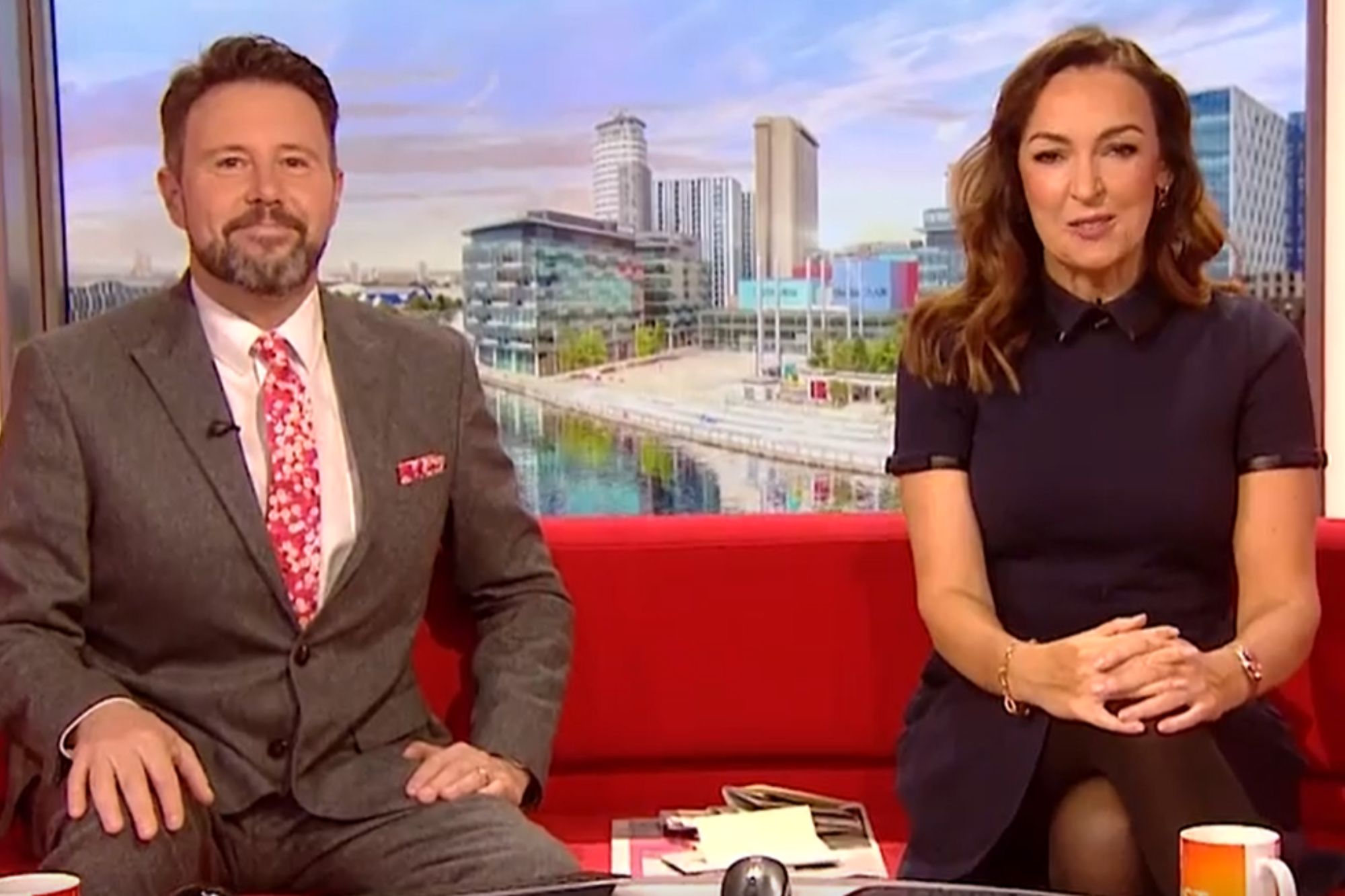 However her question did not land as Charlie decided to take a long drink from his mug creating a gap as Naga waited for him to answer.

As the silence drew on, Charlie placed down his cup and held his hand to his mouth as he began to cough as Naga looked to fill the pause.

Clearly struggling, Charlie looked away from her as he continued to cough.

Naga tried her best to distract the viewers from Charlie's disruptions as she said: “So Uncle Chen right, Uncle Chen is a 50-year-old runner.”

Naga then giggled as she was forced to ask Charlie if he was okay, asking: “Are you alright Charlie?”

Charlie did not audibly respond but appeared to be okay as Naga swiftly continued.

She said: “He is known as Uncle Chen and he completed a marathon in China’s south western province in time of three hours and 28 minutes.

With Charlie now seemingly okay, he looked at Naga before quietly asking: “Does he smoke normally?”

A perplexed Naga exclaimed: “No! He only smokes when he runs marathons.

“Anyway and it’s nothing we would obviously recommend that you would do but it’s just his thing."

Fully recovered, Charlie was quick to jokingly add:  “And how odd that story prompted me to have a coughing fit. Strangely apt.” 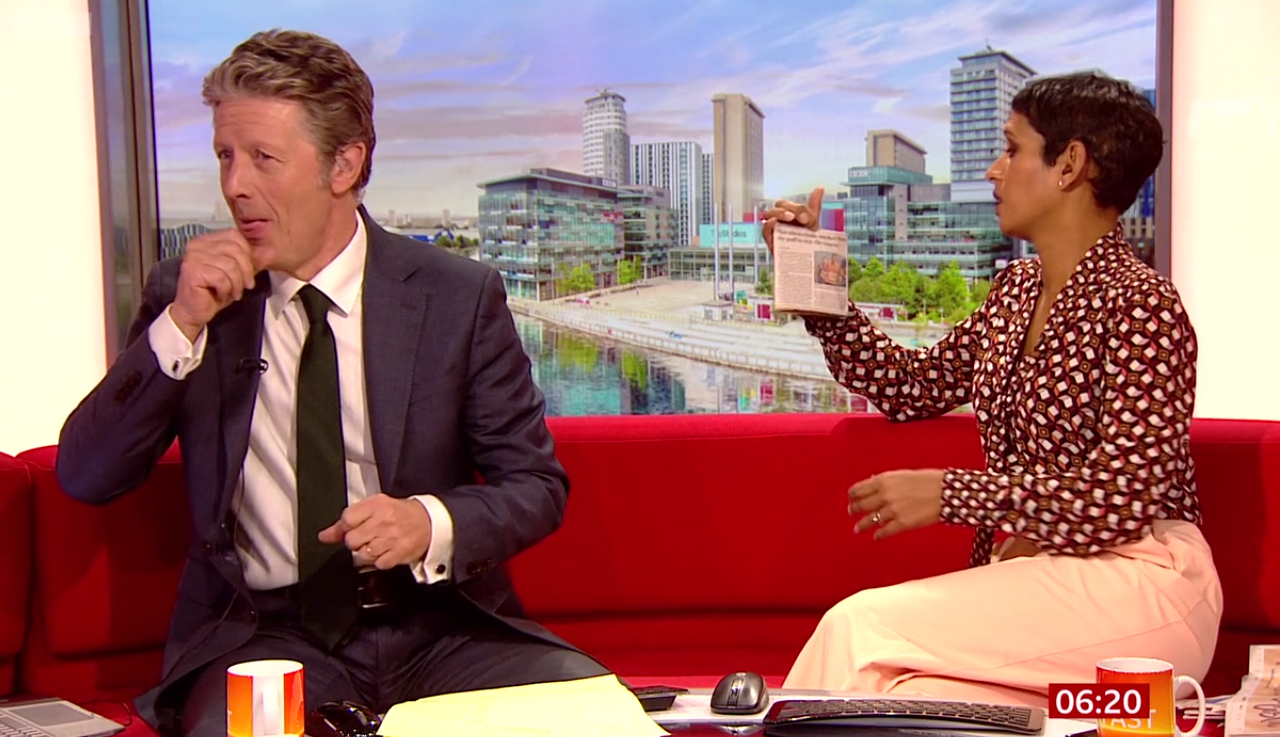 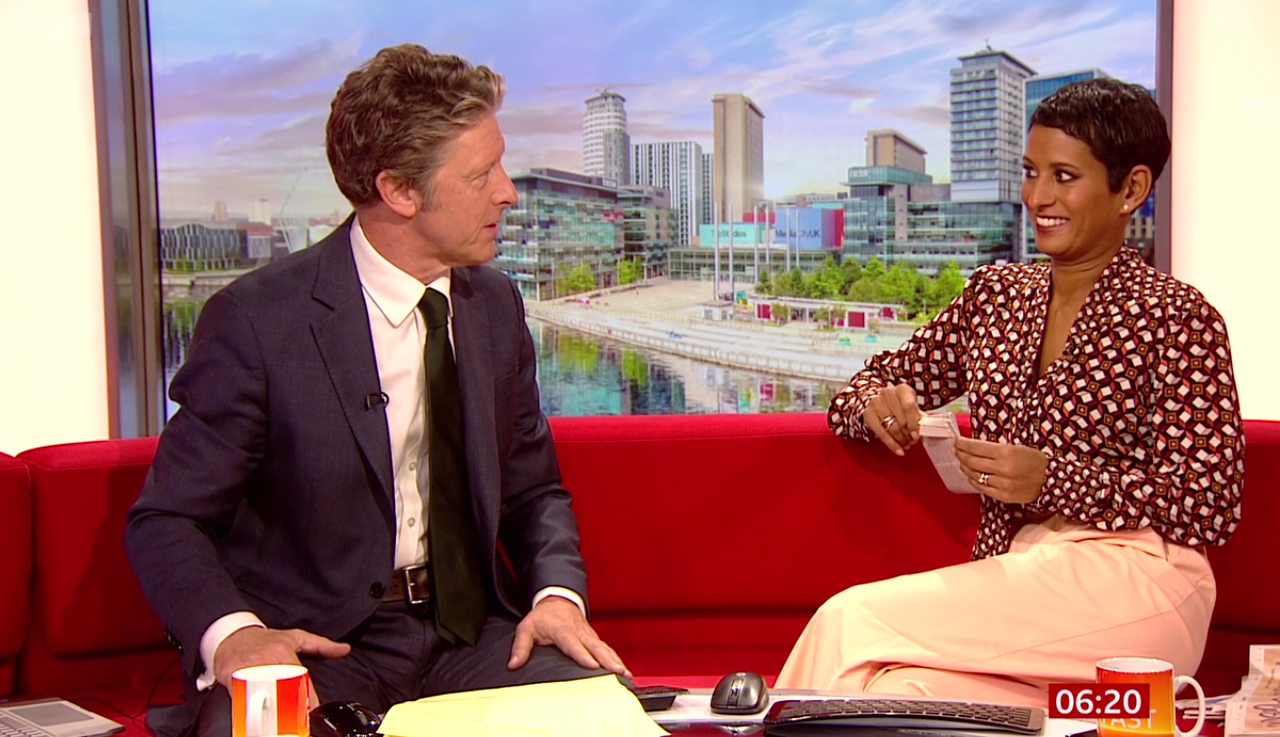