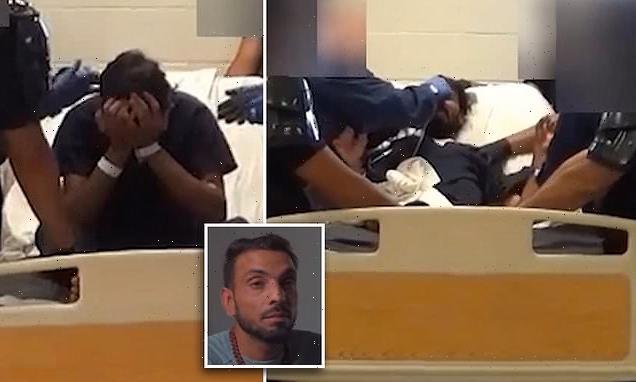 REVEALED: First video ever seen of a hunger striker being force-fed by US authorities – after asylum seeker refused food because it wasn’t prepared by Hindu custom

Rare footage of U.S. Immigration and Customs Enforcement (ICE) agents force-feeding an asylum seeker who was on a hunger strike has been released to the public.

The video, obtained by The Intercept, shows the moments when agents and nurses forced a tube down the throat of Ajay Kumar, a migrant, who had been in the midst of a hunger strike.

Kumar left India for the U.S. in June 2018 but was detained at the U.S. border in California, taken into custody by ICE agents, then later transferred to a detention center in El Paso, Texas.

‘Due to political reasons, I had to leave my country because my life was in danger there.’

While in the detention center, Kumar says his Hindu religious beliefs were not respected. He says they used the same utensils while serving Indian food and the beef dishes, which he cannot eat.

‘When I opposed it, they would say that if you want to eat, you have to eat this,’ Kumar told The Intercept.

He says they also denied him access to any books of his religion. After he ‘raised [his] voice against these things’ he was sent into solitary confinement as punishment.

After thirteen months in detention, he and three other Indian asylum seekers began a hunger strike in hopes of getting released. After more than a month of the strike, a warrant was sought by the Justice Department to force-feed Kumar and the other migrants.

Kumar weighed just 107 pounds. In total, he lost 45 pounds during the hunger strike. 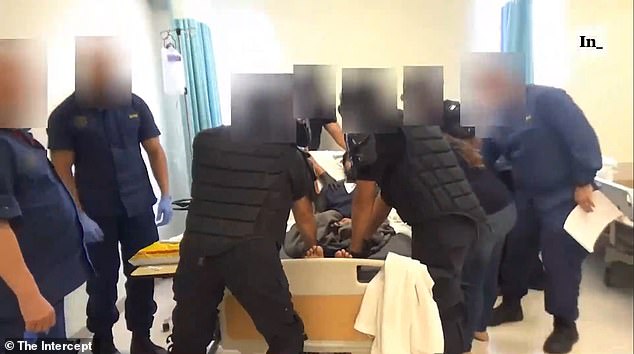 The video, obtained by The Intercept , shows the moments when agents and nurses forced a tube down the throat of Ajay Kumar, a migrant, who had been in the midst of a hunger strike 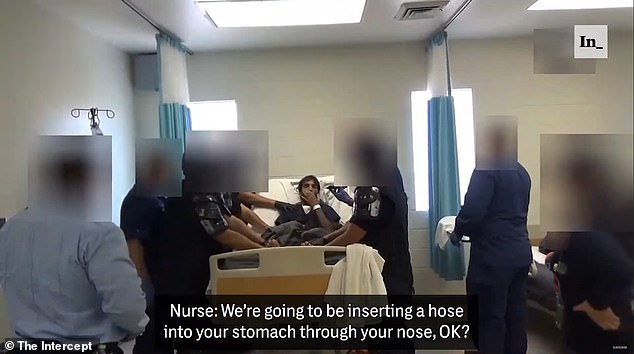 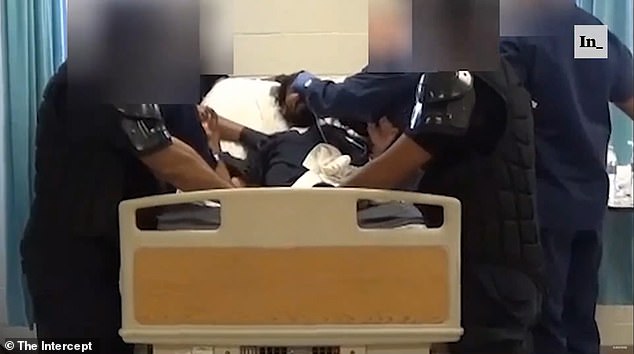 Thirteen months after Kumar’s arrival, he and three other Indian asylum seekers began a hunger strike, asking for release 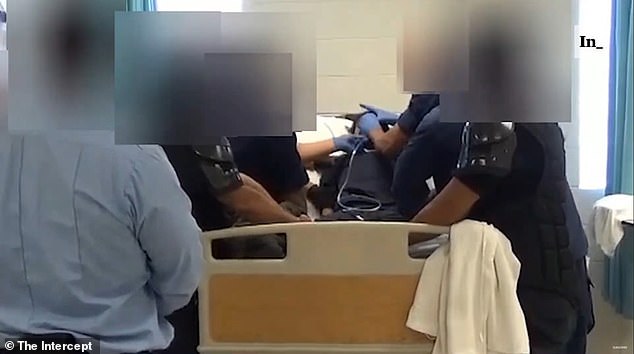 ‘When they took it out [the second time], I had a lot of blood in my throat, which is why I had to vomit, and they brought the trash can for me to spit out the blood,’ Kumar said 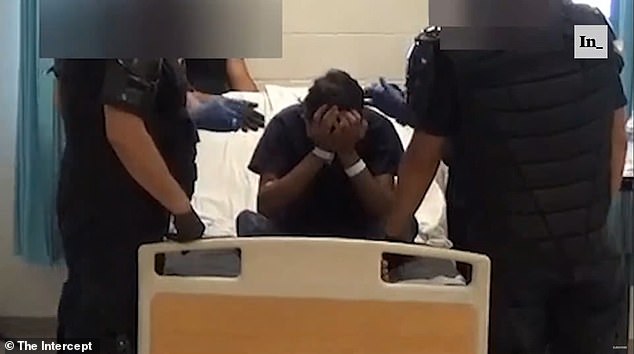 According to civil rights groups , the practice has been used for at least 10 years by ICE, despite it being widely regarded as unethical by those both in and out of the medical community 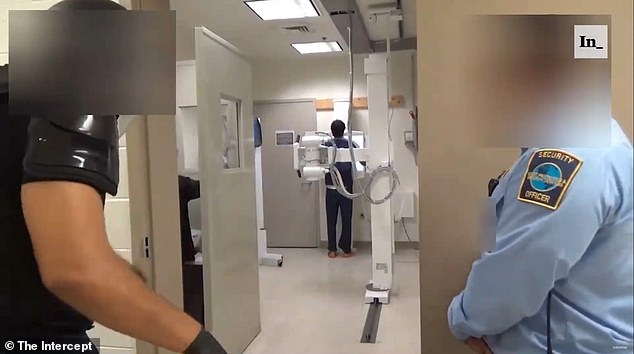 According to civil rights groups, the practice has been used for at least 10 years by ICE, despite it being widely regarded as unethical by those both in and out of the medical community.

‘I asked them to give me my freedom. If they had granted it at that time, there would have been no need for all of this,’ Kumar said in the interview.

‘This is not humanity. This is totally against humanity.’

The footage shows the first time the man was fed in August 2019. At first, agents offer Kumar a protein shake, which he rejects. Then multiple agents go on to restrain his arms and legs before inserting the feeding tube. 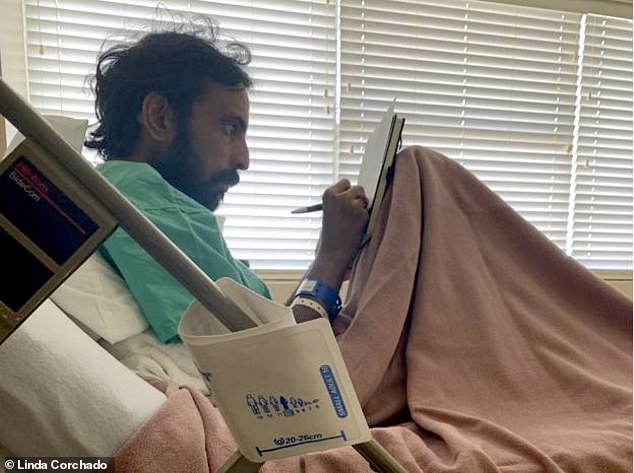 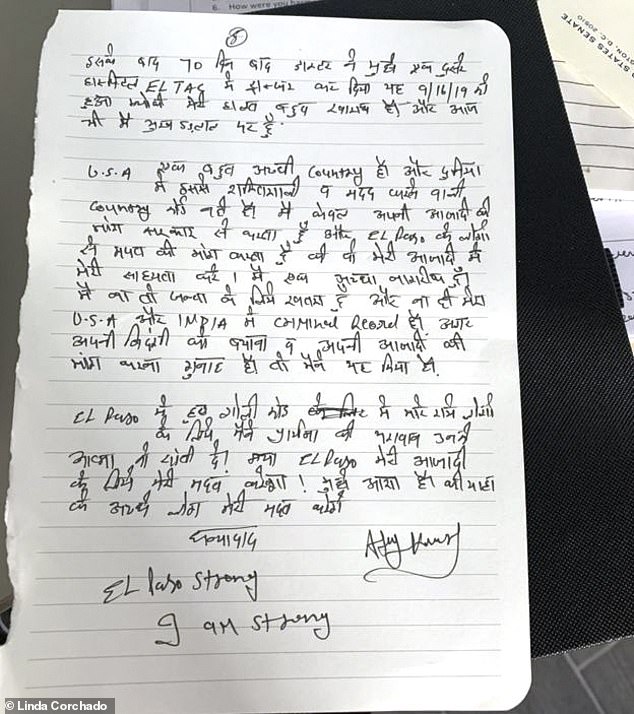 The Indian-national wrote several letters from the hospital bed where he was force-fed, demanding his freedom

Michelle Iglesias, ‘a doctor with whom ICE contracts,’ the outlet reported, was present for the tube’s placement, even as Kumar’s representation argued against the process.

Iglesias has previously stated that force-feeding goes against medical standards ‘in the private world,’ but is different ‘because this is a detainee in custody.’

At one point in the nearly hour long video, shortened down to 15 minutes, two nurses can be seen attempting several times to insert a feeding tube into Kumar’s nose.

The coil with the tube had repeatedly become coiled in the Indian-national’s esophagus.

‘When they took it out [the second time], I had a lot of blood in my throat, which is why I had to vomit, and they brought the trash can for me to spit out the blood,’ Kumar said.

‘You guys know the only thing I want: my freedom,’ the asylum seeker says. 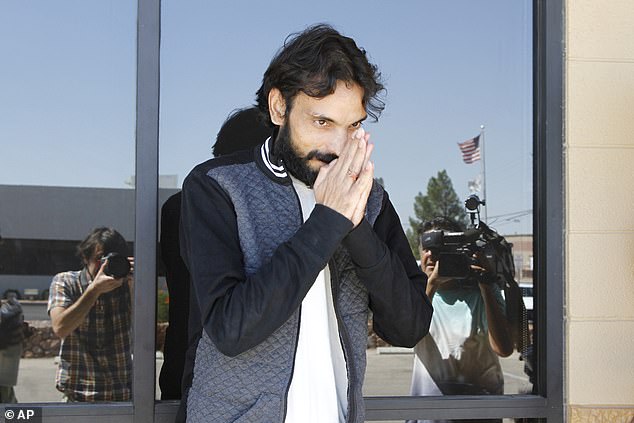 The whole situation was caught on video by the agents who are, by ICE guidelines, required to film any instance where ‘calculated use of force’ is required.

The force feedings continued for several weeks between August and September.

Kumar was fed through a nasogastric tube by ICE for over three weeks, but he continued to vow to keep refusing food until they were freed or died.

Back in 2019, Kumar and the others said that the process of the force feedings was not just painful, but also humiliating. 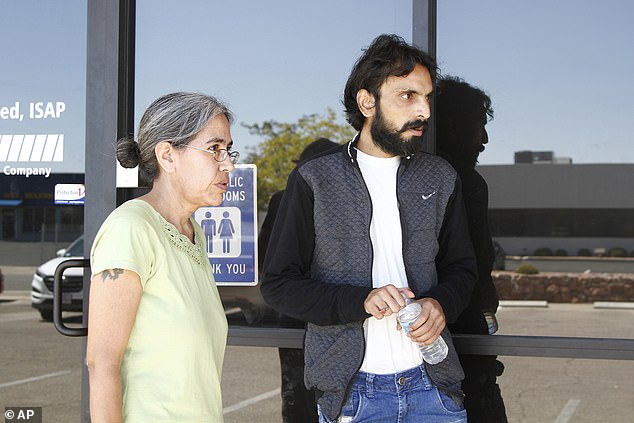 With help from his attorneys and migrant advocates, Kumar was released in September 2019 after being on a 74 day hunger strike.

Upon his release, he was greeted by human rights advocated outside of the El Paso facility.

Kumar now lives in California with his girlfriend while he waits for a court date and decision. He works for DoorDash and Instacart.

He says the situation also took a heavy mental toll. Kumar told The Intercept that he had recurring nightmares about the force feedings and his containment for months after his release.

The process used in Kumar’s case was later criticized by those both inside and outside of the case.

‘It is the duty of the government to provide adequate medical care, not just to keep [Kumar] alive,’ federal judge Frank Montalvo wrote of Kumar’s care.

‘Every professional society that has ever spoken on this issue has stated, clearly, that force-feeding is unethical,’ said Dr. Parveen Parmar, who reviewed Kumar’s medical records.

‘Second, my review of all of Mr Kumar’s care in ICE custody showed a consistent lack of adherence to a basic standard of care which was so shocking, it has haunted me since,’ Praveen said in a statement obtained by the Texas Monthly. 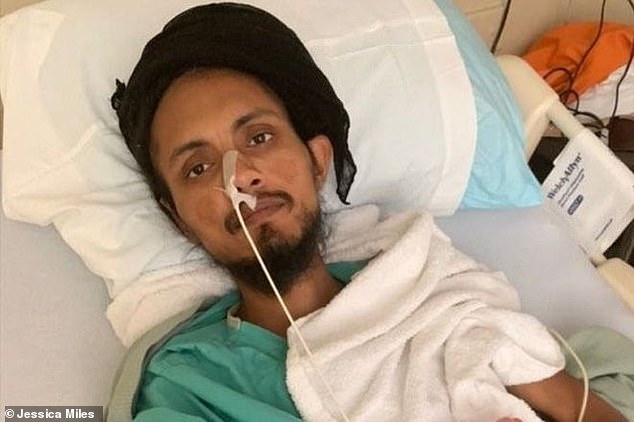 ICE officials said at the time that they agreed to release Kumar and the other hunger-striking asylum seekers after they agreed to begin eating again.

In 2019, Kumar was denied asylum. He later appealed the decision.

Immigration officials in the US have the power to detain or release single adult asylum seekers while their cases are being heard.

The pair were among more than 9,000 Indians apprehended by the Border Patrol in 2018.