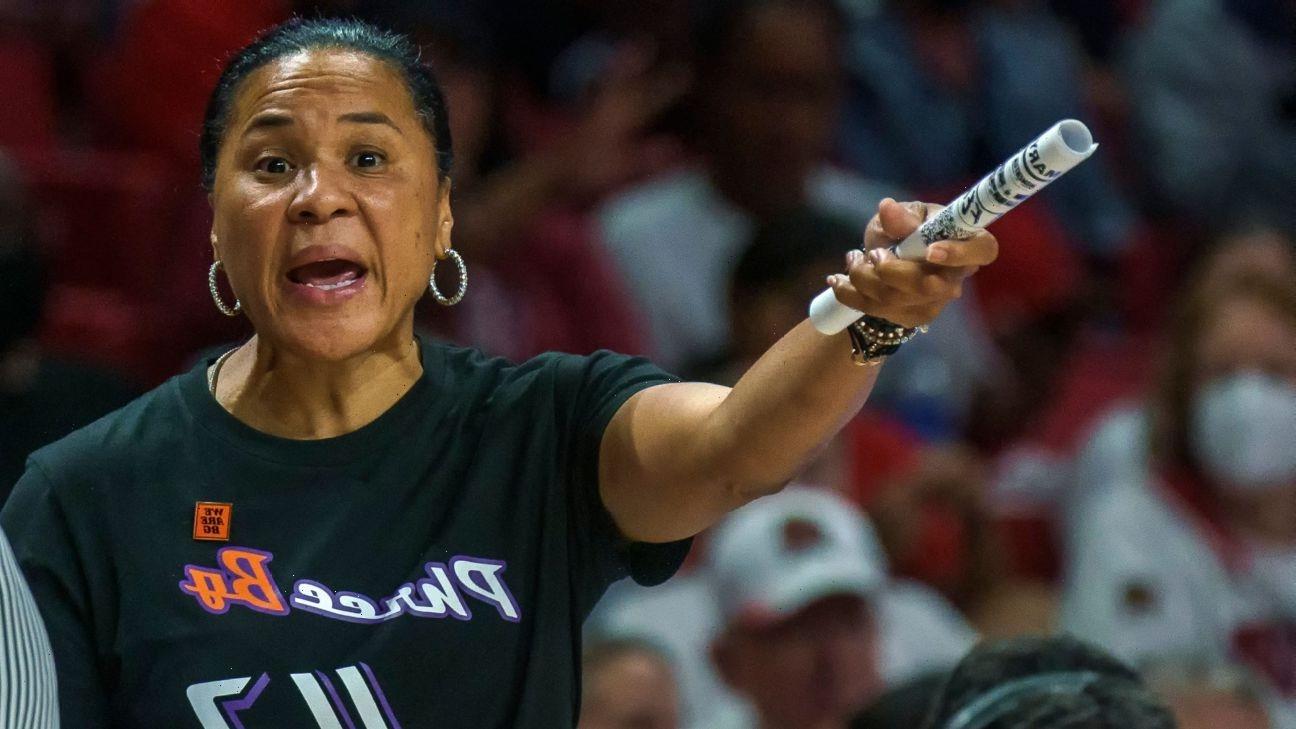 South Carolina women’s basketball passed its first test of the season, and now the top-ranked Gamecocks have a tougher challenge: a visit to No. 2 Stanford on Sunday.

South Carolina remained the unanimous choice as the top team in the first regular-season Top 25 women’s basketball poll from The Associated Press. Texas, Iowa and UConn round out the first five in the poll released Monday.

It will be the 63rd meeting between the top two teams in the women’s AP Top 25 and the seventh time it has happened in November. The last 1-2 matchup was also South Carolina-Stanford, with the Gamecocks beating the Cardinal by four points last Dec. 21, rallying from an 18-point deficit. The No. 1 team holds a 39-23 advantage in the meetings.

“I call it a win-win. Because no matter what happens in the game, you’re gonna learn more about your team; people have to do the right thing,” Stanford coach Tara VanDerveer said. “It’s sort of like a tournament game; I mean, 1-2 matchup, it’s awesome.”

Ohio State made the biggest leap in the new poll, climbing six spots to No. 8 after upending then-No. 5 Tennessee in its season opener last week. The Lady Vols fell to 11th.

Louisville and Iowa State were sixth and seventh, and NC State and Notre Dame round out the top 10..

Villanova entered the rankings for the first time since 2018 at No. 24 after knocking off then-No. 24 Princeton. The Tigers fell out of the poll. Utah came in at No. 25, replacing 23rd-ranked South Dakota State, which lost to Creighton.

“The nonconference schedule was done before we knew we had Angel Reese and all these transfers coming in here,” LSU coach Kim Mulkey said. “The good thing about right now is we’re building confidence. Making mistakes in a game that can be corrected when the SEC does come around.”

It’s the second time the school has had three straight 100-point games, matching the mark set during the 1995-96 season. The Tigers have a chance to break that Wednesday when they host Houston Christian in a matinee game.

Tennessee’s loss to Ohio State was the first time since 2008 that a top-five team was beaten in its first game by a team outside the first five in the poll, including teams not ranked in the poll at all, since No. 3 Maryland lost to unranked TCU, according to ESPN Stats & Information research. The top-five teams had gone 69-0 in those games until last week.