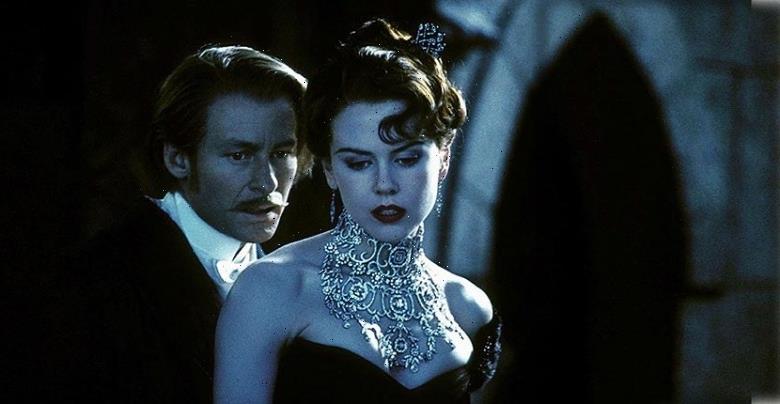 Baz Luhrmann was ready for an “Ocean’s 8” level heist on the set of “Moulin Rouge!”

Oscar nominee Luhrmann recalled the strict security required for the then-history-making custom necklace worn by Nicole Kidman in the 2001 movie musical. While a crystal “stunt double” replica was made for a pivotal scene in which the necklace is ripped off of Kidman’s Satine, Luhrmann revealed that the real thing required its own security team.

“Back in the day when we did ‘Moulin Rouge!,’ we did our own version of a Cartier diamond necklace for Nicole Kidman,” Luhrmann told Vulture. “See, in those days, you couldn’t make something sparkle on film like real diamonds. You needed real diamonds. So that necklace is real. It’s worth $2.5 million. The problem is, if you bring something of real value on set, you need two security guards standing by at all times.”

The “Elvis” director added, “Luckily, now you can just do the sparkle in post.”

Luhrmann and his wife, Oscar-winning costume designer Catherine Martin, conceived the lace diamond necklace with jewelry designer Stefano Canturi. The 134-carat white gold necklace is made up of 1,308 diamonds and has a Sri Lankan blue sapphire on the clasp, per The Adventurine. Patricia Canturi, the brand director of the Canturi label, said Stefano spent weeks researching late-1800s French jewelry for the necklace to be as accurate as possible. Kidman’s neck and décolletage were fitted across three months for the custom piece. The iconic necklace currently resides in the private personal Canturi collection.

“I’m probably the Stanley Kubrick of confetti,” Luhrmann told Vulture of his signature Shakespearian operatic opulence onscreen. “George Lucas saw ‘The Great Gatsby’ and said, ‘The thing that you do is you create worlds’ — and this is a great phrase — ‘with an immaculate reality.’ Meaning that it doesn’t matter that the audience understands the rules on the outside, only that on the inside, the reality is immaculate. You can’t just arbitrarily do a thing because you feel like it. The reality has got to be so immaculate that within it, the audience will buy into the world. You’ve entered sci-fi, meaning you’ve entered another world, an off-planet world, even though it’s set in this world.”

Luhrmann continued, “I have a running gag, which is that you could populate all of these movies with the same characters. All-powerful Barry Fife in ‘Strictly Ballroom’ is Zidler in ‘Moulin Rouge!,’ and the Colonel in ‘Elvis.’ There’s always a Colonel Tom Parker. And there’s always a Christian in ‘Moulin Rouge!’ — a writer or a pure soul. Christian is an Orpheus character: somewhat gifted, looking for ideal, perfect love, and he descends into the underworld. And then there’s Satine. She is the muse and the idol and the perfect love.”