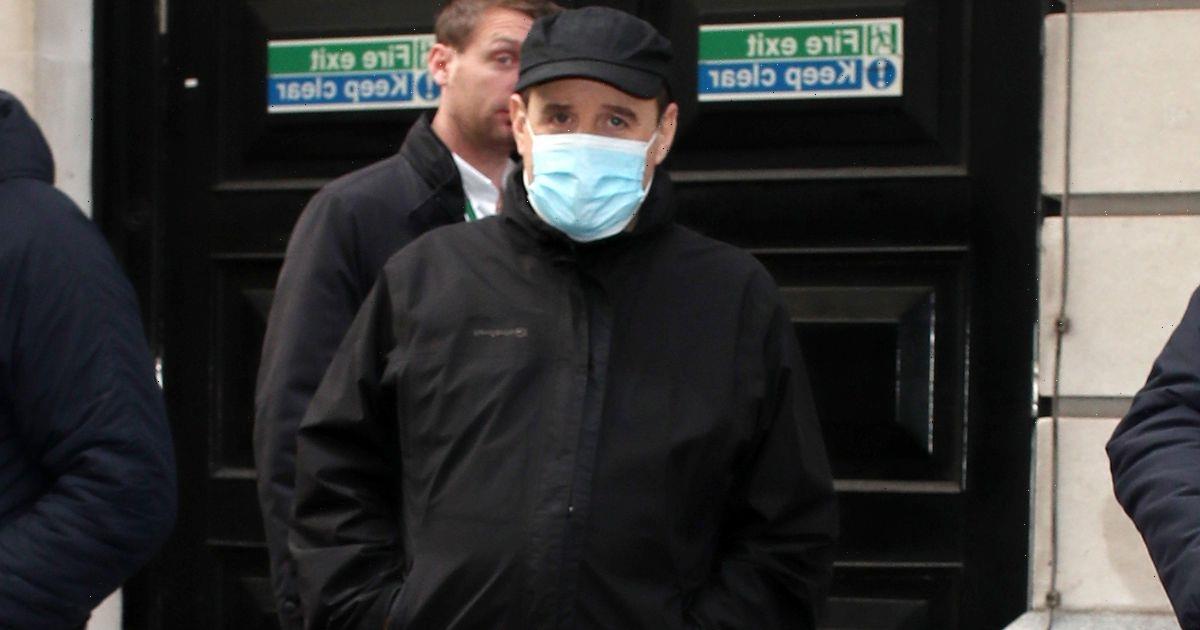 Peter Kay was seen looking sharp as he left Radio 2 after announcing some huge career news – a monthly residency at London's O2.

The much-loved comedian broke the news on Radio 2 on Wednesday (November 9) while on-air with Zoe Ball.

Zoe complimented his outfit on the radio, but Peter, 49, batted off the compliments, saying he was "just wearing a bloody polo shirt".

But fans waiting outside the BBC studios got a glimpse of the outfit after he left, and he looked smart and prepared for the winter chill in a crisp black coat and blue jeans.

Peter threw on a black cap and trainers and wore a blue medical face mask over his mouth as he made his way away from the venue.

While on-air, Peter apologised for saying "bloody" twice – even saying it again in his apology.

But listeners will have been far more concerned with his big news after he shared that he would be doing a monthly gig at London's O2.

Fans had been upset that Peter had left London off of his tour schedule, instead listing dates in Manchester, Birmingham, Liverpool, Dublin, Glasgow and Belfast.

However he told Zoe: "Of course I'm not going to not do London!"

He went on to explain that he would actually be at London's O2 once a month, which will have been great news for his southern fans.

The new tour will be Peter's first since before his cancelled run of dates in 2018.

He had been scheduled to head out on tour in 2018, but all of his future work – including the tour – was cancelled in December 2017 due to "unforeseen family circumstances".

Fans rushed to share their excitement after the tour was announced.

One tweeted: "Good to have you back Peter I've been waiting a long time for this can't wait to see you."

"Making up for lost time the lad, fair one," said someone else.

Tickets go on sale 10am Saturday, November 12 at peterkay.co.uk.