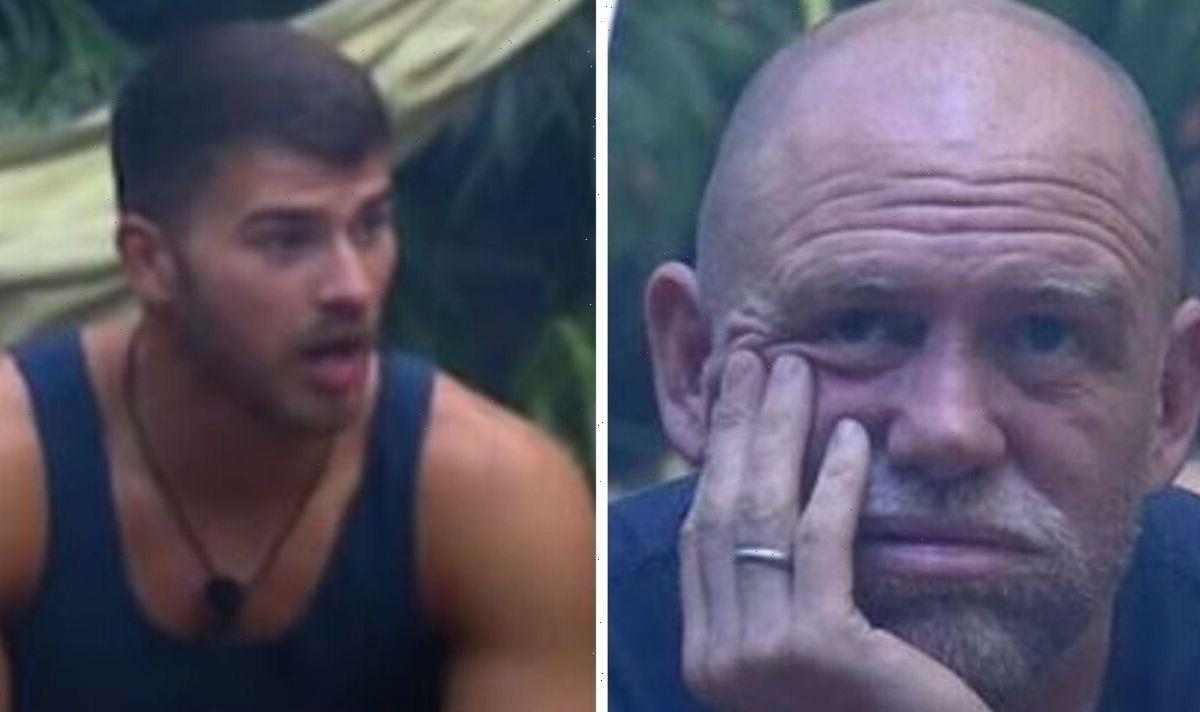 On Tuesday’s episode of I’m A Celebrity, viewers watched as the nine stars started to get to know each other a bit more. While they were sat around the camp, the discussion quickly focused on former rugby star Mike Tindall. Touching on some of the injuries he sustained while playing, his campmates were shocked when he recalled one gruesome story.

With I’m A Celeb officially in full swing, the current nine stars have started to bond over stories of their careers.

England’s Lioness Jill Scott spoke about winning the Women’s Euros this year before Mike spoke about his rugby career.

He revealed despite never being knocked out while playing, there have been some occasions where he’s come close.

Mike said: “I’ve had flashing stars like twice but then that’s about it, you normally bang your head on the floor or something.”

Loose Women’s Charlene White asked the former rugby star what was the worst injury he’s ever had while playing the sport.

Mike replied: “I broke two of my ribs, punctured my lung and lacerated my liver.

“It’s the worst sound, it actually wasn’t too bad that.”

While the other campmates were shocked into silence at the intense injury, Mike continued to explain how he got the injury.

He added: “I dived on someone’s heel, it was a freak thing.

“I dived on his heel, so the heel has broken the ribs and then the studs have gone underneath.”

As the celebrities listening groaned in sympathy as they imagined the agony, Jill said: “God that sounds so painful!”

Elsewhere in the episode viewers watched as Babatunde Aléshé tackled the first solo Bushtucker trial of the series.

After fans noticed his intense fear of heights, the comedian was voted to be suspended from a circular platform 100ft in the air.

As the structure rotated, Babatunde had to clip the stars onto his bag which were either hanging off the side, attached to a ladder or in a critter-filled box.

If the challenge wasn’t hard enough for 34-year-old, the weather took a turn for the worse as it hailed down with rain.

However, with some encouraging words from presenters Ant and Dec below, he managed to successfully collect all the stars.

Admitting he was proud of himself, he was welcomed back to camp with open arms as they celebrated his huge triumph.

As a reward for his win, the camp was treated to buffalo tail for dinner which Charlene prepared for them all.

Despite the nine celebrities settling into camp, the boat is about to be rocked as MP Matt Hancock and comedian Seann Walsh are preparing to make their debut on Wednesday evening.

I’m A Celeb continues weekdays on ITV at 9pm