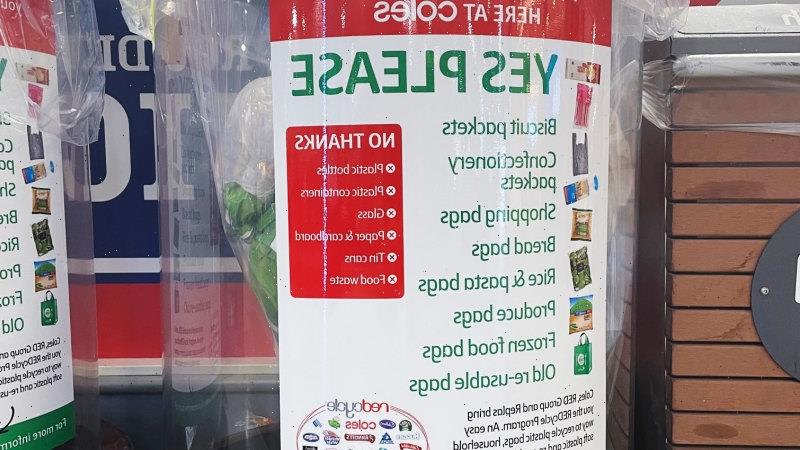 The collapse of the popular nationwide Coles and Woolworths plastic bag recycling program was set in train nearly five months ago when a fire at a suburban Melbourne factory destroyed the Australian waste industry’s ability to recycle soft plastics.

The fallout has seen the suspension of the REDcycle soft plastic recycling scheme in nearly 2000 supermarket outlets across the country amid revelations the company responsible for running the scheme had been secretly stockpiling – not recycling – hundreds of millions of bags and other soft plastic items over the past five months. 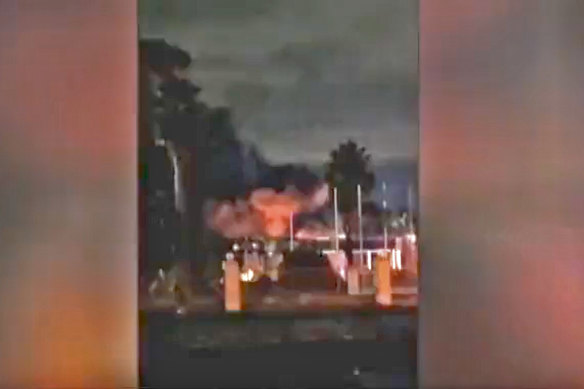 The fire at the Somerton recycling factory which put an end to the scheme.Credit:Seven News

It was the only program in the country that invited consumers to drop off shopping bags, pet food bags, ice-cream wrappers, bubble wrap and frozen food packaging for recycling. Its failure has been met with calls for urgent intervention in the recycling industry by government figures.

“It shouldn’t be beyond these big supermarkets to come up with a viable solution to allow Australians to continue to recycle,” she said. “I expect Coles and Woolworths to step up and indicate how they will deal with soft plastic recycling. We’re happy to work with them to achieve this.”

“I have asked the NSW Environment Protection Authority to immediately work together with the Victorian EPA and Recycling Victoria to better understand the challenges impacting REDcycle’s operations.”

The Melbourne-based company running the collection scheme, REDcycle, had not informed the supermarkets or the public that it was no longer capable of recycling the thousands of tonnes of plastic material it had been collecting since June 2022, nor that it would be unable to resume normal operations until at least mid-2023.

On Wednesday, Woolworths removed the signature REDcycle collection bins across its stores, replacing them with warning signs that the program had stopped due to “disruptions in the network”. Coles has opted to continue to collect soft plastic items from customers for “the time being”, but warned they would be disposed of as garbage.

REDcycle, which collects 5 million plastic items a day or 7000 tonnes a year, had become almost entirely dependent on a single recycling operator to process its stock as the industry found it increasingly difficult to finding financially viable methods of converting soft plastic into usable materials.

But that reliance ended on the night of June 9, 2022, when a fire broke out on the production line at the outer Melbourne suburban factory of Close the Loop.

The blaze took more than 50 firefighters about five hours to bring under control, forcing the closure of the Hume Highway in both directions

The ASX-listed recycling company had been transforming hundreds of tonnes of Coles and Woolworths-sourced plastic into an additive and binding agent for asphalt – the only mass-use end product REDcycle had found anywhere in the country.

“They were dependent on us to move volumes. The fact that we found the solution [to recycling soft plastics] many years ago was obviously a very good outcome,” said Close the Loop chief executive Joe Foster.

”Nobody in the industry wants the post-consumer, heavily contaminated material, whereas we can take it on.“

Recycling is considered a high fire risk activity because of the highly-flammable nature of plastic, paper and cardboard and the presence of flammable contaminants in stockpiles of recyclable steel and glass.

Soft plastics from consumers are one of the most difficult materials to recycle because they are frequently contaminated and often made from different types of plastics that are not easily processed.

In the weeks after the blaze, Close the Loop announced to the market that its production line would be back up and running within six months. That would eventually be pushed back to mid-2023 as part of a larger expansion plan. 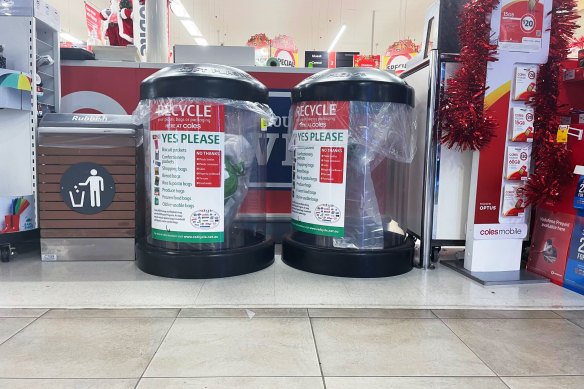 Under the REDcycle scheme, users dropped off soft plastics at collection points at supermarkets across Australia.

But it would be too little too late for REDcycle, which took the fateful decision to both continue accepting massive volumes of material it could no longer send for recycling, and to conceal the issue from Coles and Woolworths and the thousands of customers who were dropping off up to 5 million plastic items a day.

In February 2021, REDcycle had already lost a processing deal with Plastic Forests, a small-scale recycling partner that made garden planting kits. Last week, outdoor furniture and decking-maker Replas stopped accepting even small shipments of plastics because it had an oversupply and was planning to phase out processing the material.

REDcycle has refused to reveal how much material it currently has stockpiled in its facilities around the country. The company has also not explained its decision not to inform its partners and the public about the breakdown in its recycling capacity.

“There are no recycling options available for soft plastic in Australia. REDcycle is storing the material, at their own expense, to keep it out of landfill,” the company said in a statement.

“There wasn’t a secret or official suspension of recycling activities. REDcycle has repeatedly tried to find alternative recycling solutions to fix the problem.”

REDcycle has claimed all of the stockpiled plastics in its possession will be processed when Close the Loop’s new and expanded facility comes online in June 2023.

On Wednesday, REDcycle chief executive and founder Liz Kasell pleaded for “help” from government, brand owners, supermarkets and the community.

“We want to be back up and running as quickly as possible, but we also want to do the responsible thing. And we want to say we are still a team of seven mums, and we need help,” she told Nine’s Today breakfast show.

While the fire decimated the popular Coles and Woolworths program, industry figures say REDcycle, even at its peak, was only collecting an estimated 1-2 per cent of soft plastics – the rest ends up in landfill or as litter.

REDcycle reports it has seen a 350 per cent increase in the amount of plastics being collected by the program since 2019.

Dr Anya Phelan, lecturer at University of Queensland Business School, said the REDcycle initiative held out the “hope and promise of an answer” and “made consumers feel good” but it did not offer a definitive solution to Australia’s problem with plastics and recycling.

“The idea of let’s collect it and process it into a park bench is a completely unrealistic model for dealing with the massive amount of new plastics we continue to produce and use,” she said.

“REDcycle gave it a fair go but it’s the ultimate system that is failing.”

Dr Phelan said the solution was “turning off the tap” for the creation of new plastics and making producers responsible for products they put into the market.