The Countess of Wessex looked her usual elegant self in a long leather dress and beige coat as she visited the Brainwave in Bridgwater, Somerset.

Sophie, 57, visited the charity to mark its 40th anniversary, sharing a touching moment with a young boy.

And while there the Countess, who is married to the King’s brother Prince Edward, spent time with young children. 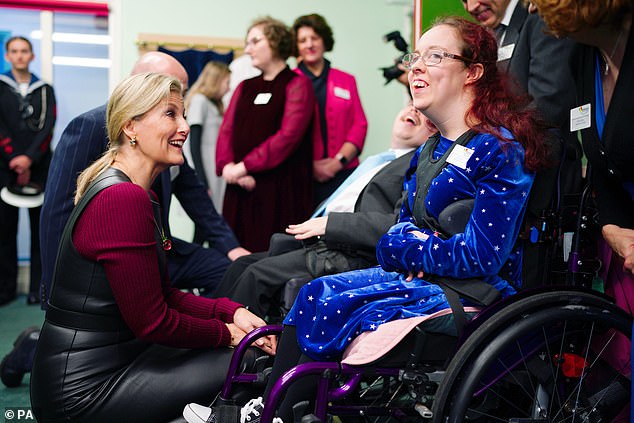 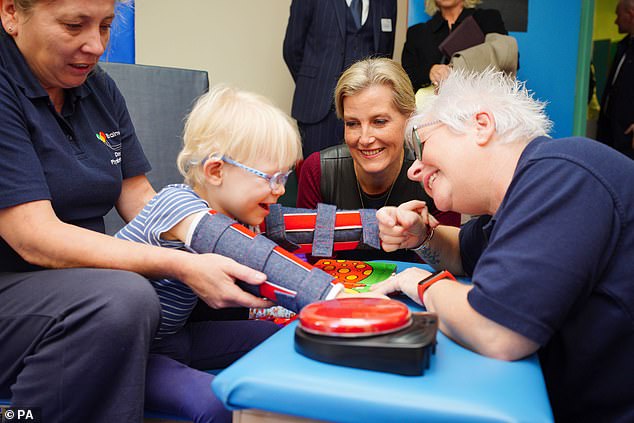 Touching moment: The Countess smiled and engaged as she spent time with a range of young children 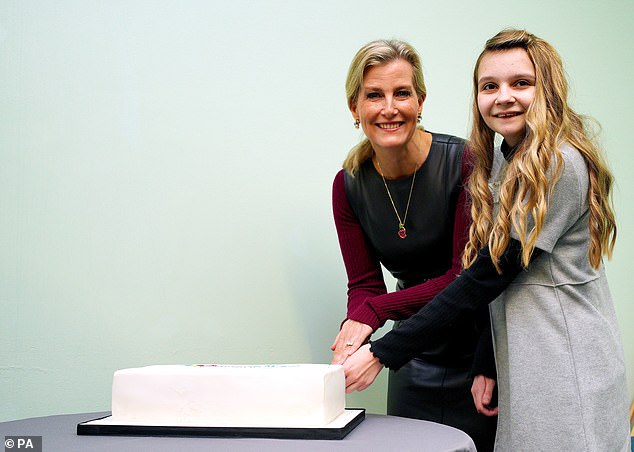 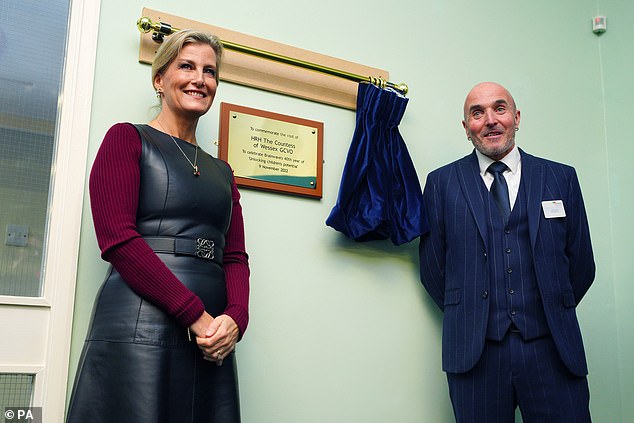 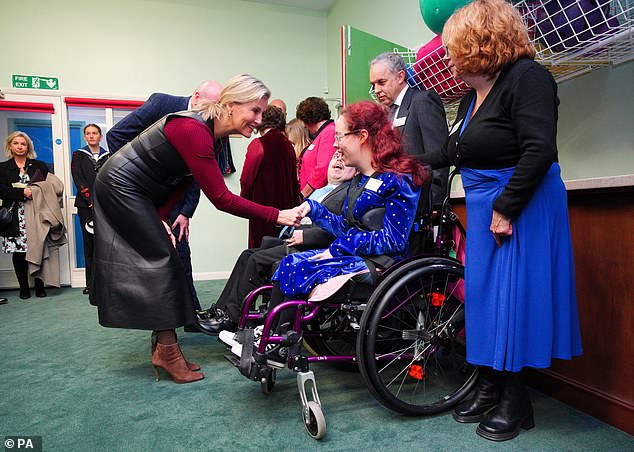 The countess spent time talking to Cerys Jiles from Redditch during a visit to Brainwave in Bridgewater, which is celebrating its 40th anniversary 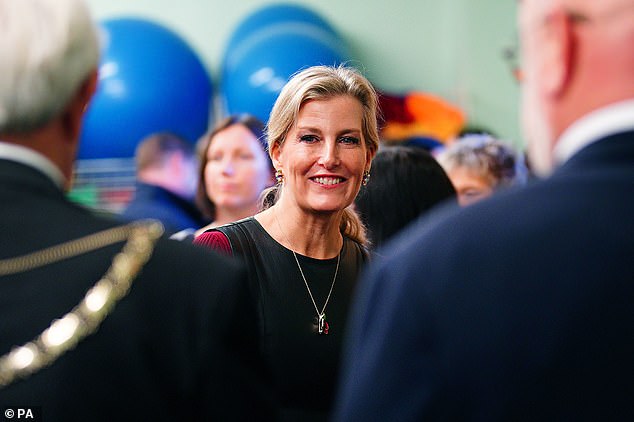 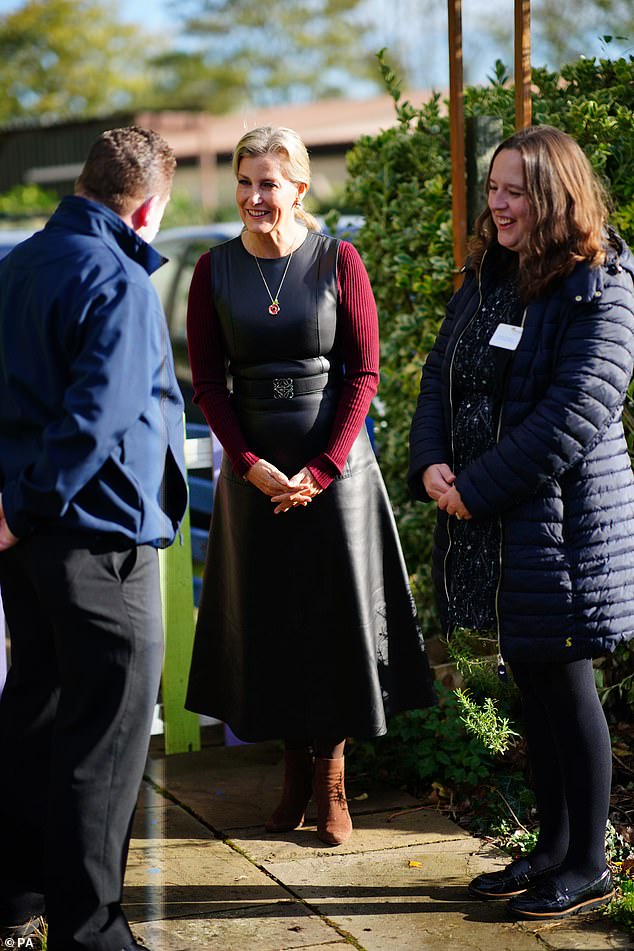 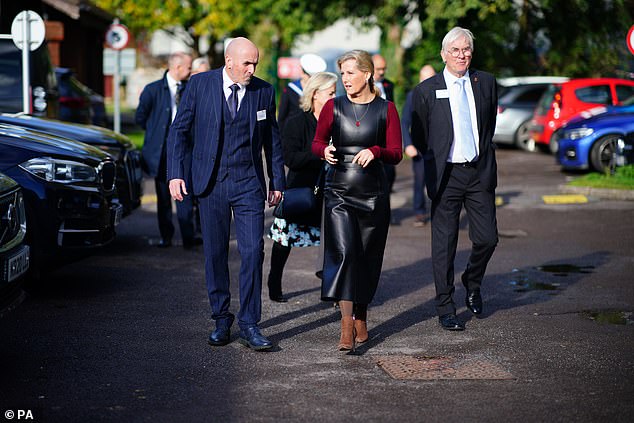 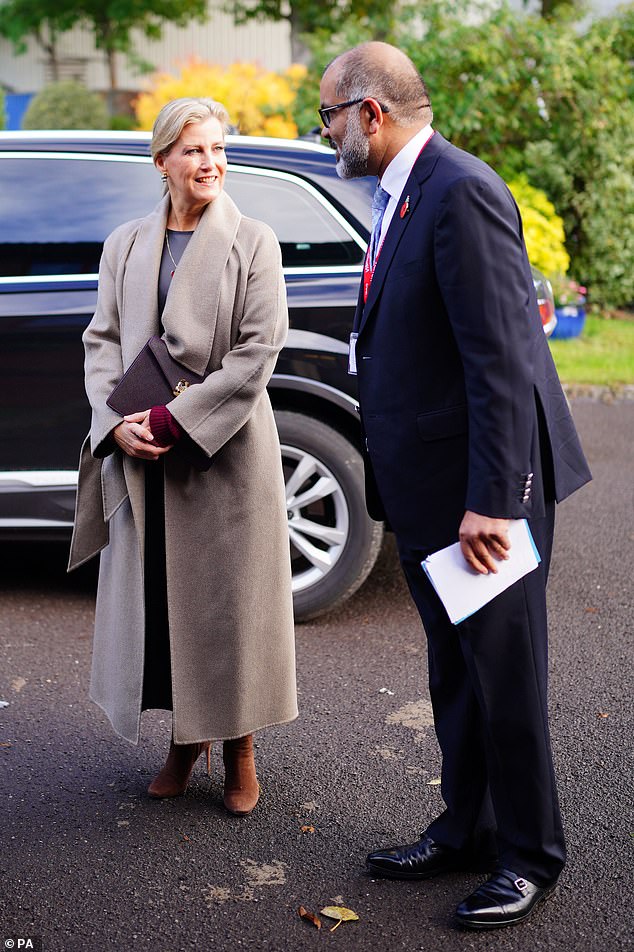 Meet and greet: This week also marked the 19th birthday of her daughter Lady Louise, who turned 19 yesterday 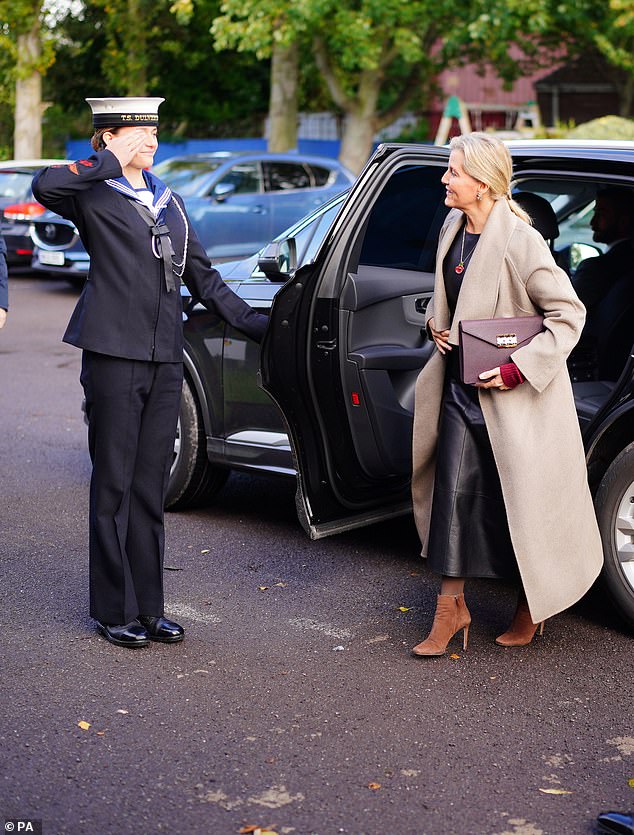 The countess wore a Loewe black leather midi dress, which is crafted in Italy from leather to a sleeveless shape with an Anagram-logo belt 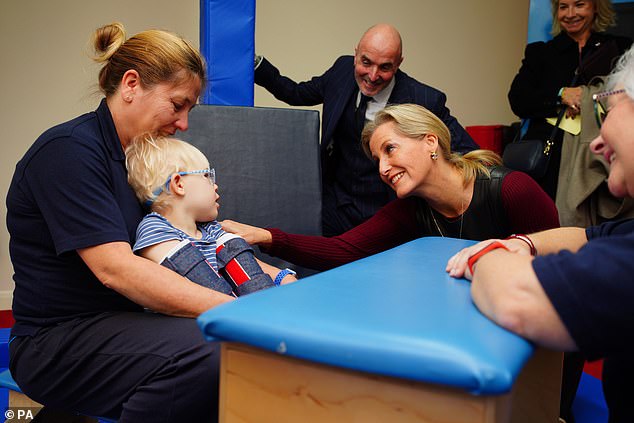 The Countess met children who have a range of disabilities, including Down’s Syndrome, autism and cerebral palsy

She was photographed with a young boy, wearing glasses and sitting on a worker’s lap, stared at Sophie as the pair shared the sweet moment.

The Countess, who has stepped up her royal work following the exit of Prince Harry and Meghan Markle from royal duties, wore a leather midi dress from Loewe for the occasion.

She has previously worn it to a women in finance reception in late 2021.

It has been a busy time for the Countess who last week appeared in great spirits today as she visited an early learning centre in Forfar. 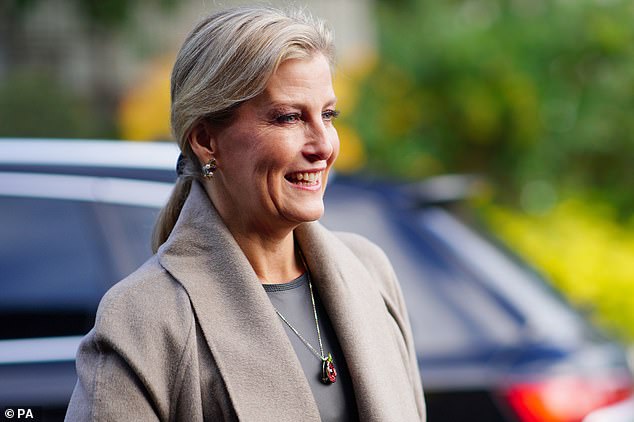 The Countess, who is married to the King’s brother King Edward, has stepped up her royal work following the exit of Prince Harry with his wife Meghan 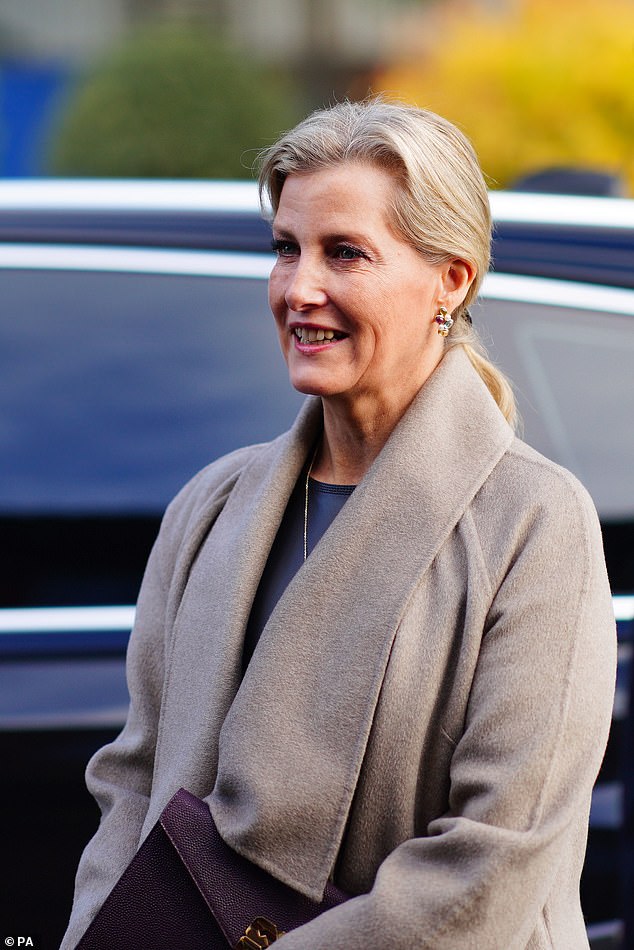 Keeping warm: She topped off her long leather dress with a thick, warm beige coat on the rainy morning in Somerset

Sophie, who is known as the Countess of Forfar when she travels to Scotland, oozed elegance in a longline cream coat, teamed with an equally sophisticated pink floral blouse.

The Countess was left beaming as she chatted with children at the Forfar Early Learning Centre, helping them to participate in seasonal and outdoor play activities, including creating an Autumn collage and a potion-making activity.

This week also marked the 19th birthday of her daughter Lady Louise, who turned 19 yesterday.

Her outing today comes amid a tumultuous week for the royal family with the release of series five of The Crown.

Although she does not feature in the series, the series will no doubt cause ructions in the palace for her brother-in-law King Charles, who has been portrayed as unlikeable and unkind to his wife Princess Diana in previous episodes.

Series five goes a step further in heaping misery on Charles by recreating some of his most cringe-worthy moments.

One such scene includes his awkward break dancing in 1985, when a then 37-year-old Prince Charles took to the dance floor in Middleton-on-Sea, West Sussex, alongside a group of youths on a visit for The Prince’s Trust.