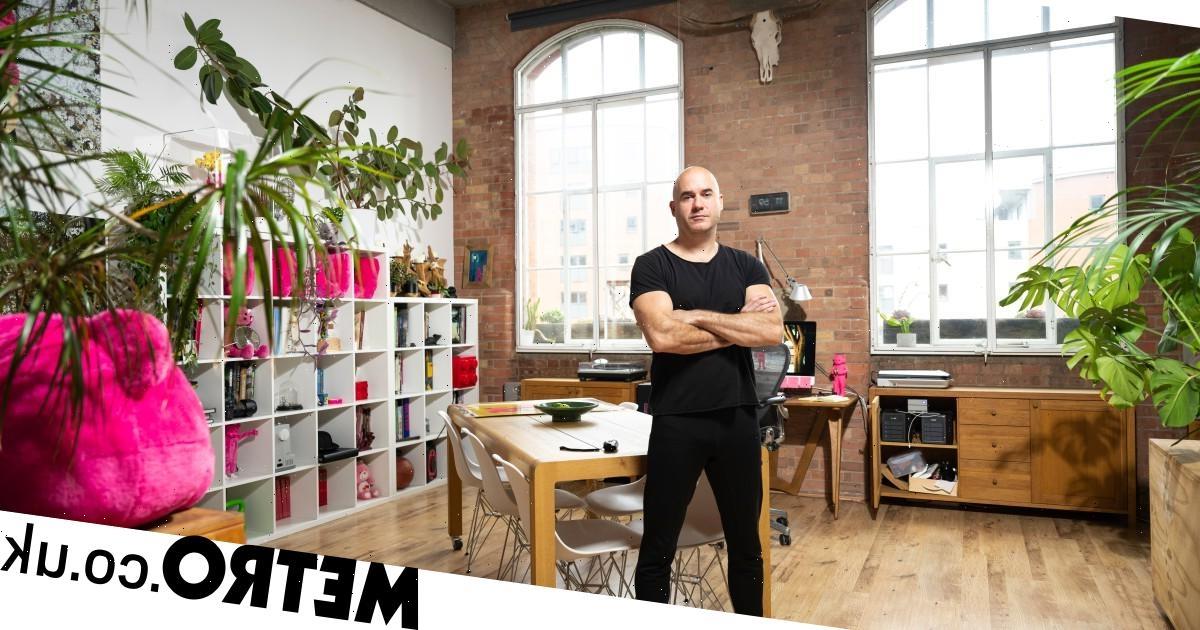 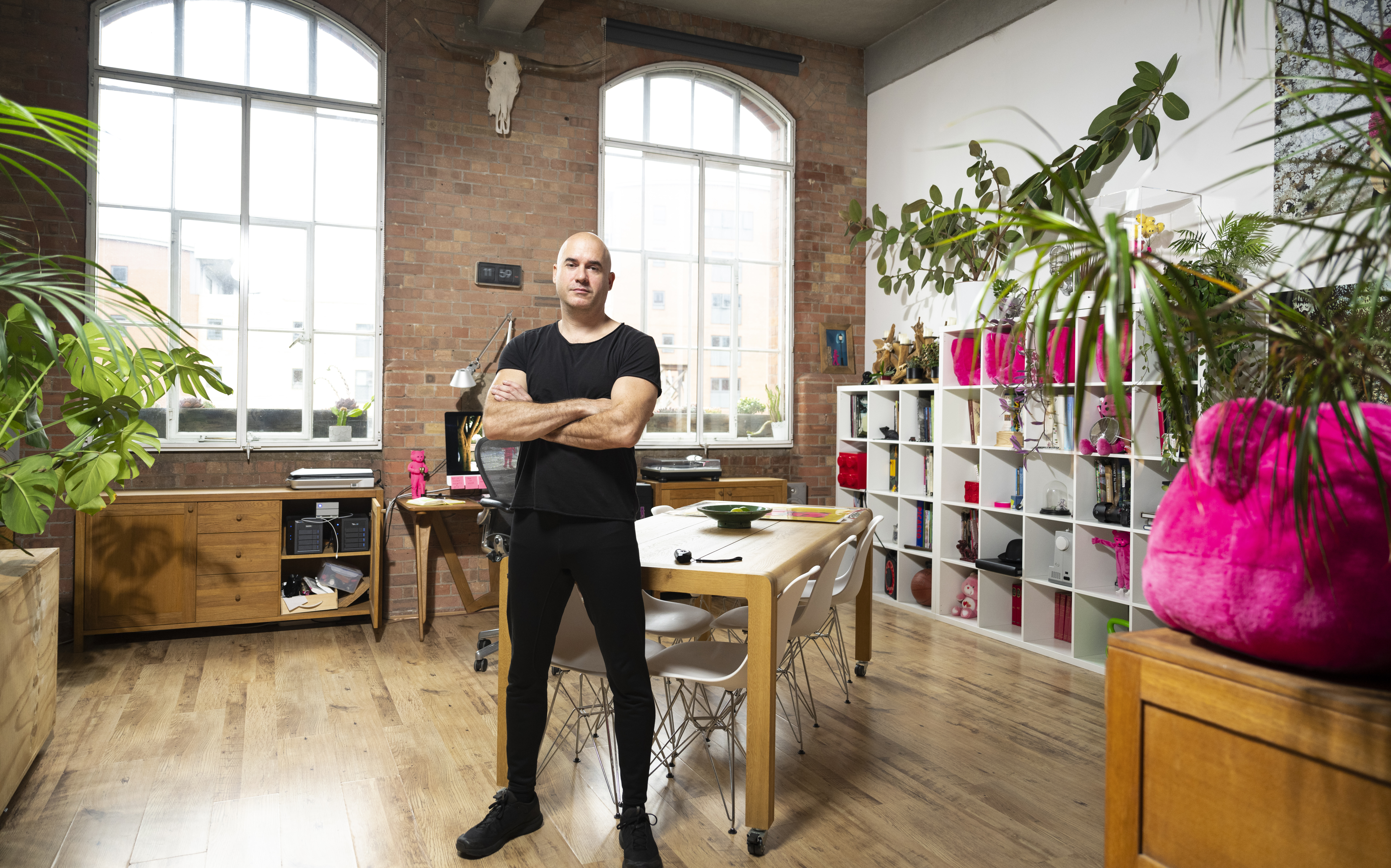 Artist Paul Robinson bought the house he always dreamed of – he just didn’t realise it until he had moved in. The high-ceilinged mezzanine is in an old east London factory, having been converted in the early 1990s. It now serves as 70 per cent workspace and 30 per cent living space for Paul, AKA LUAP, who is famous for photographing himself in a Pink Bear suit in far-away places, up mountains, in bustling cities and surreal landscapes.

Having bought the two-bed flat seven years ago, it wasn’t until a few years later that Paul realised the significance of his new home. ‘I noticed the building that contains my flat when I moved to London in 2005,’ he recalls.

‘I went past the old factory on the DLR once and thought, “That would be a cool place to live.” Then going past again a couple of years after I moved in I realised that’s the place I live in. It was funny to have the realisation.’

The pink bear suit, which can be seen above, helped Paul overcome mental health and wellbeing issues, loneliness and depression. During therapy, Paul recalled a happy memory from his childhood of a pink teddy bear from a fun day out at the theme park with his parents and brother and this is central to his work. Using different mediums and techniques, he tackles mental health, the climate and ecological emergency, and isolation head-on – and the bear suit is almost always by his side.

The flat is also a sanctuary from the outside world. When Paul is not painting he travels the world with his pink mascot, and he’s just returned from Mongolia. The flat is the perfect antidote to the chaos of travelling.

‘The space has transformed a lot over the years,’ he says. ‘Originally, I had it laid out a bit more comfortably, with a big sofa in the middle, it used to be more relaxed. But with Covid and lockdown I made the main space more of a working area. I like everything to be tidy and clean, plus most things are on wheels so I can move them around and adapt the space.’

The main living area is filled with large plants. Exposed brick walls and concrete have life breathed into them by these giant vibrant greens, says Paul, and mid-century classic furniture has an no-nonsense architectural quality that matches the form-follows-function space. For Paul, this is not a place to escape the world of work – his work is what keeps him happy.

‘Being an artist consumes your life. I feel like I’m working all time, so a space where I felt at home working was key. My flat is my office in a way. The bedroom is just where I sleep. We always had plants around my home when growing up. I think everyone in my family is “green-fingered” and really look after their gardens. I did too at my old place in Walthamstow, it was my escape and bridge to connect with nature in the city. But now I don’t have a garden as I live in a flat so by having lots of house plants I’ve tried to bring nature and that connection to the outdoors inside. Without them my flat would feel lifeless.’

He says that rather than having a home to escape from working life, it is when he is creating that he is most at ease. ‘My work is relaxing. When I’m painting that’s my meditation. The [interior] design has come out of practicality rather than being designed. It’s about having access to everything, everything is on wheels so can be moved easily if I want to have more space.’

Paul says the key is to forget about making a space that looks good on paper or in pictures. ‘I looked at pictures on Pinterest of flats I wanted but that created a sense of anxiety of living up to other people’s standards and bigger budgets. It’s about creating a space that organically grows rather than creating something all at once. It has slowly taken shape and that’s important.

Living on his own, the flat he says can almost feel too boxy, but thanks to giant windows the outside never feels too far away. ‘It’s like living in a big box. I think in Covid it felt like a prison cell because it’s a box that’s practical but the amazing thing is the giant windows and on a crisp morning the light floods in and I am suddenly in this amazing, vibrant space.’

‘Every minute has a different font. I used to work as a creative director so I loved the different fonts and the fact that no minute was the same.’ Established & Sons.

Desk: ‘My dad made it. I designed it and he made it from reclaimed railway sleepers.’

‘I thought the design looked similar to high-end, but these are couple of hundred quid rather than tens of thousands. It’s minimal – it’s not worth spending the extra money.’

‘I think it was the minimalist design I love. Also, you can rotate it 360 degrees and cast light anywhere in the room.’